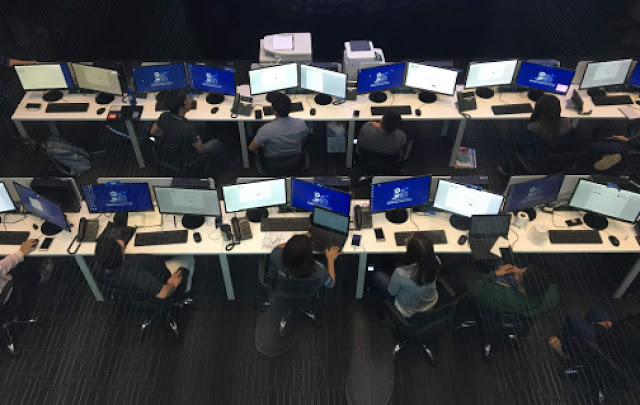 The Philippines’ disaster preparedness and response agency is now better equipped to send alerts to the public in times of calamities.

PLDT wireless unit Smart Communications has turned over communications equipment to the National Disaster Risk Reduction and Management Council (NDRRMC) so that the government disaster agency can access Smart’s Emergency Cell Broadcast System (ECBS) and use it to quickly send public warnings to mobile phone users in specific areas.

The ECBS is designed to send urgent messages, such as evacuation notices and earthquake and tsunami warnings to activated mobile devices within the affected area.  Cell broadcast is effective in disseminating quick hazard alerts because it operates on a radio channel separate from those used by voice calls and text messages or SMS (short messaging service), which may get congested in times of calamities.

NDRRMC, the National Telecommunications Commission, and Smart, launched ECBS on a trial basis in March last year. It has since been used to broadcast quick alerts during typhoons and post-earthquake situations.  Most recently, ECBS messages were sent to Albay residents in the wake of the eruption of the Mayon Volcano.  During this trial period, the alert messages were sent by the NDRRMC to Smart which then transmitted the messages. With the turnover, NDRRMC personnel will be trained on how to use the equipment to send out messages themselves.

“The roles of NDRRMC, warning agencies, and telecommunication companies are essential in the creation and dissemination of emergency alerts. The collaboration of these three components is vital in achieving a common goal—to reduce the damage caused by natural hazards,” said Office of Civil Defense (OCD) Deputy Administrator Nicanor Faeldon in his welcome remarks. OCD is the implementing arm of NDRRMC.

“For example, in case of a strong earthquake or tsunami, we have only a few minutes to prepare. If we have a system that delivers messages quickly, we can inform the residents right away and have enough time for evacuation,” Faeldon added.

Smart invested over P500 million on ECBS to fully comply with Republic Act No. 10639 or the Free Mobile Disaster Alerts Act. RA 10639 mandates telecommunications service providers to send free mobile alerts in the event of natural and man-made disasters and calamities.

PLDT and Smart public affairs head Ramon R. Isberto pointed out that ECBS was meant to complement other channels of information such as radio, TV, print, online, SMS, and other forms of media.

“In emergency situations, it is important to use all available channels of communications.  Cell broadcast provides another effective emergency alert system that will work very well with print media, radio and TV broadcasting, two-way radio systems and SMS.  Disaster agencies and organizations must learn how to use the various communications channels effectively,” said Isberto.

During the turnover ceremony, the NDRRMC also reconvened representatives of its warning agencies to discuss preparations for the use of ECBS. These officials presented their templates and draft messages for public warnings using ECBS which had been developed in an earlier workshop.  They also discussed guidelines to define the right scenarios for using ECBS and the proper ways for crafting alert messages.

ECBS can help the Philippine Atmospheric, Geophysical and Astronomical Services Administration (Pagasa) in its information dissemination efforts, according to weather observer Resly George Amador, who attended the workshop. “In case of severe weather situations such as during tropical cyclones, ECBS can help spread information faster to all affected communities,” he said.

The ECBS is part of Smart’s #SafePH disaster preparedness advocacy, which aims to help build more resilient communities through technology and on-ground activities.

Apart from ECBS, the other programs under #SafePH include TNT Tropang Ready, which tours schools nationwide to educate the youth on preparedness and empower them to mobilize their communities in times of calamities; and the Batingaw disaster management app, which allows users to report incidents and features tools such as a flashlight, a siren, a radio, and a directory of emergency contact numbers.

Smart has also provided communications support during earthquake drills and in areas affected by calamities in the form of Libreng Tawag, Charging and Wi-Fi (free calls, charging and Wi-Fi) stations, free text and data bundles, portable cell sites, and satellite emergency solutions, among other services.