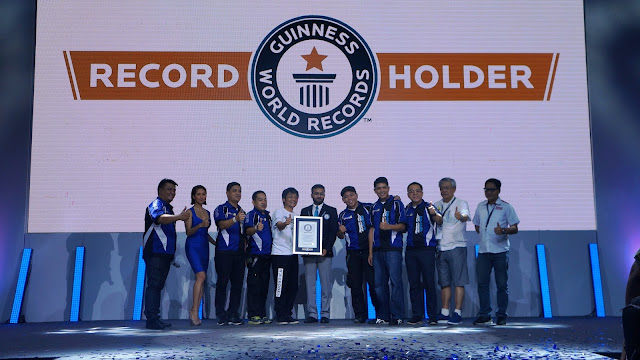 Wazzup Pilipinas!
Suzuki Philippines could be flaunting well its supremacy for having one of the biggest gathering of riders in history at their annual summit known as the Raider R150 Summit held on February 26, 2017 at the World Trade Center in Pasig city.
The Suzuki Raider R150 Summit 2017 is where the GUINNESS WORLD RECORDS™ for the record title Largest road safety lesson was also achieved boasting of more than 6,100 riders present during the event. The requirement was only 30 minutes of lecture but I think it lasted for almost an hour. Congratulations to Suzuki Philippines for the achievement.
The morning of the event had everyone, together with the Honda Philippines Executives, gather infront of the World Trade Center to do several poses for the drone camera shot. It was followed by a ribbon cutting led by Suzuki President President Hiroshi Suzuki.
The event featured so many activities and competitions like search for the Custombike Contests, and search for Biker Babe, Astig Rider, and Best Couple Rider, plus presentation of many awards and other recognition to their clubs with cash prizes and others at stake. Games, Raffle, Free Service and Bike Wash were also given as a treat to the riders. And not only that because Suzuki trade partners – Gatorade, IRC Tire, Manila Tactical, MotoActive, MotoWorld, NGK Spark Plugs, NHK Helmets, PacSafe, Pepsi, Racing Boy, RK Racing Chain and Sprocket, Shield, Spyder and XSpeed as well as Suzuki Genuine Parts (SGP) all gave great deals to the attendees at the trade show! 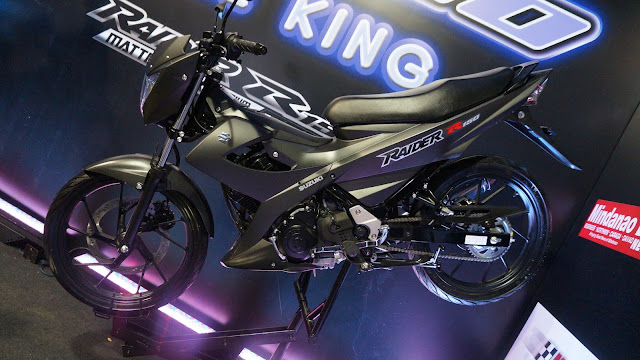 Known as the undisputed Underbone King, the Suzuki Raider R150 was also highlighted at the event when Team Suzuki Pilipinas composed of Eane Jaye Sobretodo, April King Mascardo, and Mario Borbon, Jr. were presented on stage together with their historical achievements at the Suzuki Asian Challenge (SAC) 2016. 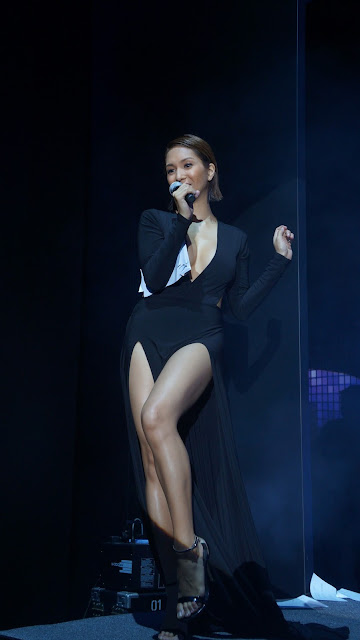 The other highlights of the summit are the presence of celebrities like alluring Roxie Barcelo who was sizzling hot during the morning part of the summit, and a lot more gorgeous during the afternoon. 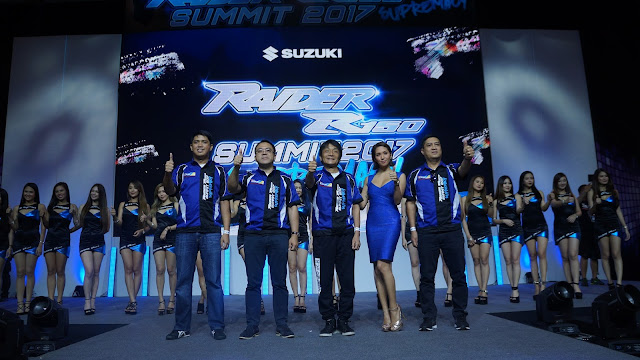 This lady was such a tease during her adlib and like she was going to dance again after her hot opening number which I missed because I was all the way at the VIP Lounge which was too far to see clearly what's happening on stage from that distance. This is the time when I hated being at the VIP section of an event because I don't have up close and personal view of the presentations. 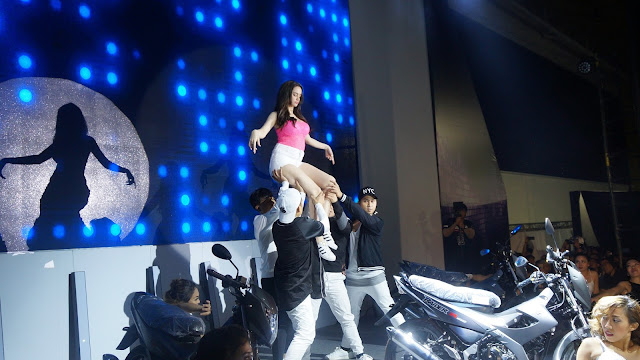 But the real star of the day was the presence of the voluptuous Kim Domingo who made the event really scorching hot with her sexiness and charm. My first view point was at the left of the stage but I was able to move in at the front later in the afternoon. 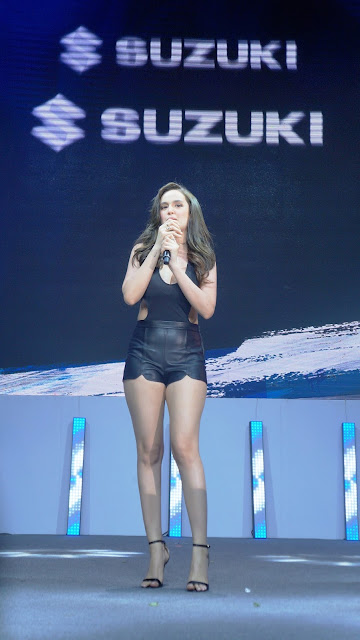 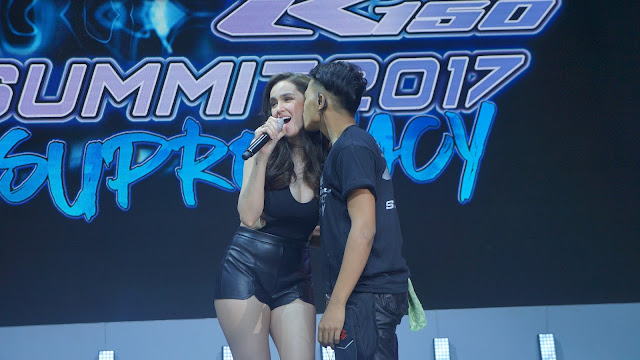 One lucky rider from the audience even got to join her on stage in her afternoon performance. Suzuki Philippines President Hiroshi Suzuki also gave a special performance. 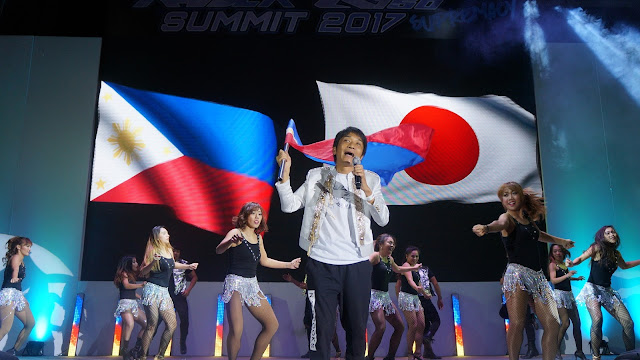 But the luckiest of the day were two lucky riders who won brand new Suzuki Raider R150 motorbikes from the raffle. They were the happiest riders that day, and must have gone home with smiles on their faces. 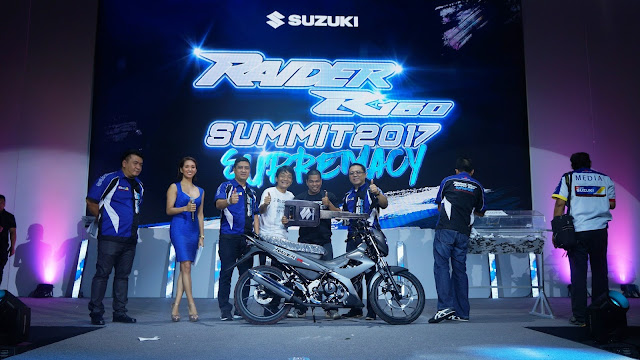 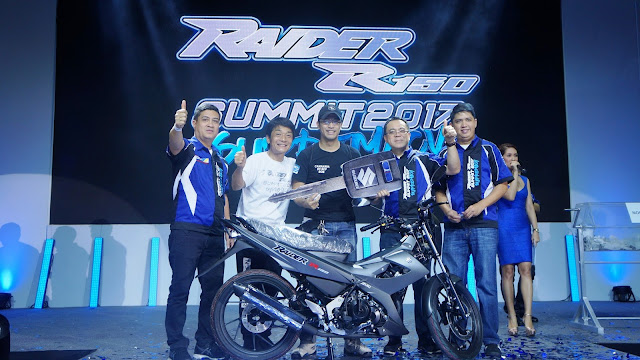 Get to see more photos and videos from our coverage at our official Facebook fan page and  soon at our YouTube video channel.