Netflix: Not All Regions Are Created Equal 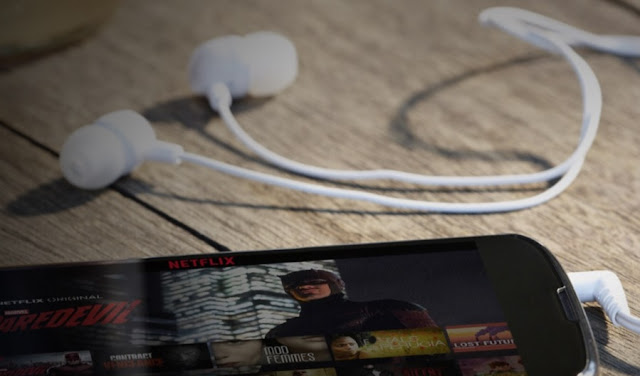 The expansion is a great initiative to improve access to content in countries where Netflix wasn’t available, but not all Netflix regions are created equally. For example, Netflix South Africa has 678 TV and movie titles available. Netflix India has 739 titles available. Compare that with the 5,659 titles available on Netflix United States.
You might be interested to know about how you can get more from your Netflix account. 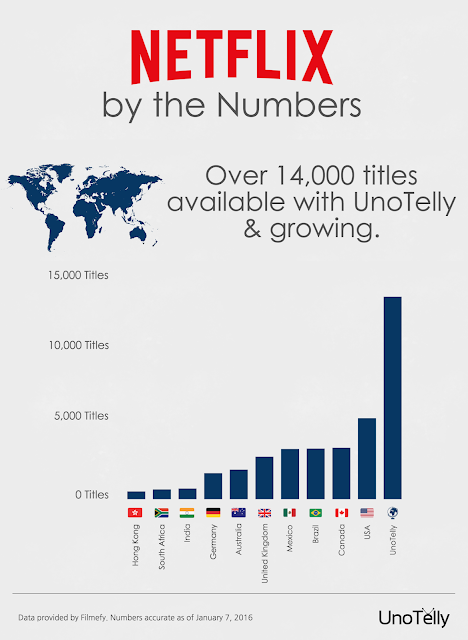 UnoTelly is one of the leading DNS services in the world. Hundreds of thousands of customers have turned to us to unlock channels such as Netflix, Hulu and BBC iPlayer. We support more video streaming channels than any other DNS service in the market.

UnoTelly has always been proud of being the perfect pair for Netflix, giving our customers access to a global library of content, right now totalling 14,156 unique TV and movie titles across 24 Netflix regions. The Netflix global expansion creates more opportunities for UnoTelly to grow the number of TV and movie titles available to its customers. See the infographic above.
As of today, UnoTelly has started supporting Netflix South Africa, Netflix India and Netflix Hong Kong, which means UnoTelly customers can now access the titles in each of those Netflix regions. We have polled the public to determine which new Netflix regions to support first. Our team will continue to support new Netflix regions based on priority.
Click here for more information about UnoTelly’s response to the global expansion.

How to Develop an Educational App?
Top 5+ Best Urgrove Alternative Sites…
Best Organic Coffees That Are Healthy…
All About Parkinson’s Disease

Netflix: Not All Regions Are Created Equal