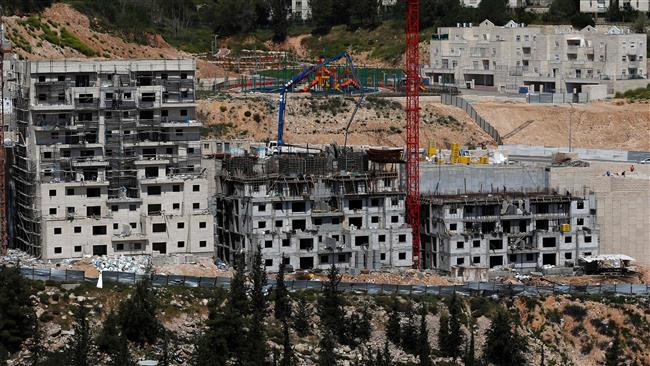 The picture on March 29, 2016 shows a general view of the Israeli construction cranes and excavators at a building site of new housing units in the illegal settlement of Neve Yaakov, East al-Quds (Jerusalem). ©AFP

طريقة عمل معمول العيد
8 Places to Drink Coffee in KC that …
A Comparison of the Environmental Imp…
Speedy Railway Samanya Vigyan PDF Dow…
Appreciation- Increase the Value of Y…
The Israeli regime has announced plans to build a new illegal Settlement in the occupied West Bank in defiance of international calls for halting the illegitimate practice.
Israel’s Ministry of Military Affairs said on Saturday that the settler units will be built near the unlawful settlement of Silo in the northern West Bank, the Israeli daily Haaretz reported.
Composed of 139 housing units, the new complex is intended for the 40 families now living in the settlement outpost of Amona, which is set to be evacuated by the end of the year.
Amona was built in 1997 on private Palestinian lands east of the West Bank city of Ramallah.
In 2006, Israel’s High Court ruled that the outpost was illegal, ordering its demolition.
After repeated delays to carry out the court’s eviction order, Tel Aviv announced that only some of the buildings would be destroyed. 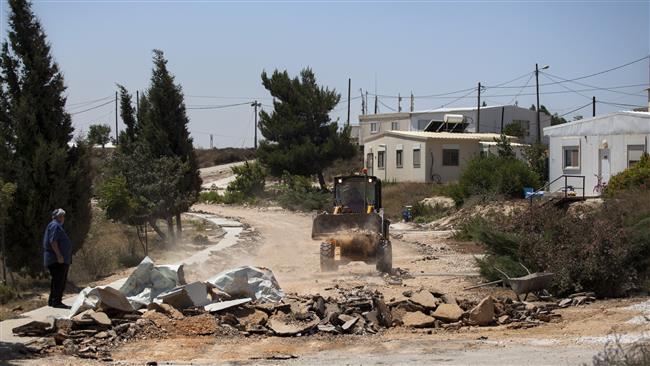 A tractor demolishes a road at the unauthorized Israeli settlement outpost of Amona, east of the Palestinian Ramallah, West Bank, July 23, 2013. ©AP
In May 2014, an Israeli police investigation said that the entire outpost lay on private Palestinian lands.
In December that year, the Israeli Supreme Court ordered the regime to completely evacuate and raze the settlement within two years.
The Israeli settlers claimed that they had purchased some of the lots in the settlement legally, but their documents submitted to the court were found to be forged.
Over half a million Israelis live in more than 230 illegal settlements built since the 1967 Israeli occupation of the Palestinian territories of the West Bank including East al-Quds (Jerusalem).
All Israeli settlements are illegal under the international law. Tel Aviv has defied calls to stop the settlement expansions in the occupied Palestinian territories.
Get more trending information on Jokpeme News - Europe,US,Middle East,UK,Asia,Africa, Latin America,Entertainment & World News

7 Ways to Deal with Drug Addiction