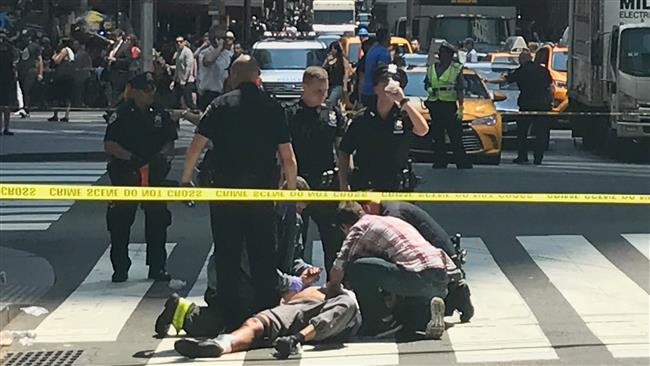 First responders and people help injured pedestrians after a vehicle struck pedestrians on a sidewalk in Times Square in New York, May 18, 2017. (Photo by Reuters)
A speeding Vehicle has Struck Pedestrians on a sidewalk in New York City’s Times Square, killing at least one person and causing multiple injuries.
The New York Police Department closed off the area after the incident on Thursday.
Twelve people were treated for injuries, the department said on Twitter.
The vehicle was a red sedan and the driver was removed. Witnesses said the car had been moving against traffic and crashed onto the sidewalk. 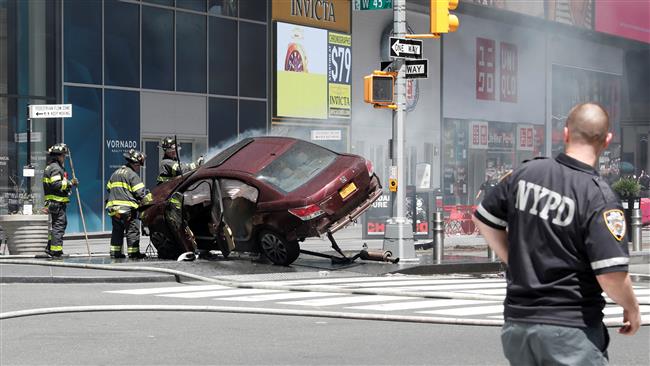 The vehicle that struck pedestrians and later crashed is seen on the sidewalk in New York City. (Photo by Reuters) 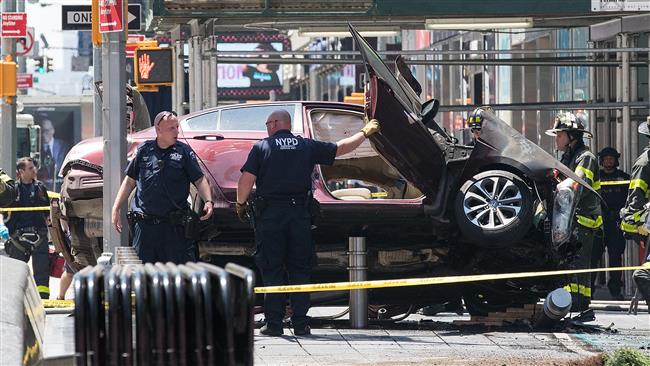 The wrecked car sits in the intersection of 45th and Broadway in Times Square, May 18, 2017. (Photo by AFP)
The car struck a pole and came to a halt at 45th Street and Broadway.
The motorist appeared to have been either drunk or on drugs, a law enforcement official said. An NYPD spokesman said the driver had been taken into custody.
Police said they were investigating the incident as an "accident," saying it was not connected to terrorism, CBS News reported.