A jury has recommended criminal charges be filed against seven Jail staffers in connection with the death of an African-American inmate in the US state of Wisconsin.
Terrill Thomas, 38, died of dehydration in his cell at the Milwaukee County jail on April 24, 2016 after he was denied water for seven days.

Allianz Grants Free Health Insurance …
Why Lawyers Use Legal Pads?
Bikepacking - A Brief Introduction an…
Best places to visit in Peru as a fir…
Remote Learning – What I’m Doing Befo…
The decision by the jury came after six days of testimony in an inquest process, during which witnesses testified and evidence was presented.
"At the end of the day keeping somebody safe, not neglecting them and not ill-treating them, that's not a very high standard. It's really not," Milwaukee County District Attorney John T. Chisholm said after the jury issued the verdict.
Assistant District Attorney Kurt Bentley also said, "This isn't the first time this happened. This is a pattern."
Nancy Evans, who formerly oversaw the jail, Lt. Kashka Meadors, the officer who ordered that water to Thomas' cell be shut off, the corrections officer who carried out that order, and other corrections officers were all recommended to be charged criminally. 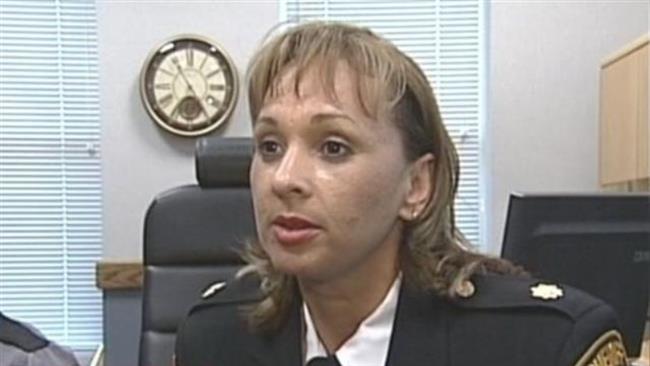 Nancy Evans (file photo)
Meanwhile, Walter Stern, an attorney for Thomas' family, said, "I think they will at least file neglect and abuse of inmate charges, a minor felony in Wisconsin," but added, "I do not believe they will charge anyone with an actual homicide."
Thomas was arrested on April 14, 2016 and charged with irresponsible endangerment and felony firearms violations for allegedly shooting a man in front of his parents' house and later opening fire in a local casino, but all the charges were dismissed following his death.
His family has lodged a 25-page federal civil complaint against Sheriff David Clarke, who oversees the jail, as well as Milwaukee County.
The family said in their complaint that the defendants deliberately and willfully deprived Thomas of medical care among other types of mistreatment.
Mistreatment of African Americans is rife in the US and black people have always been exposed to some sort of brutality and violence by police.
Two-thirds of young blacks say they or someone they know has experienced police violence or harassment, according to a poll released in 2015.
Last year, experts from the United Nations warned that African Americans in the US were facing a "human rights crisis" and they should receive reparations for slavery.
Get more trending information on Jokpeme News - Europe,US,Middle East,UK,Asia,Africa, Latin America,Entertainment & World News