Russia accuses US of adding to tensions on Korean peninsula 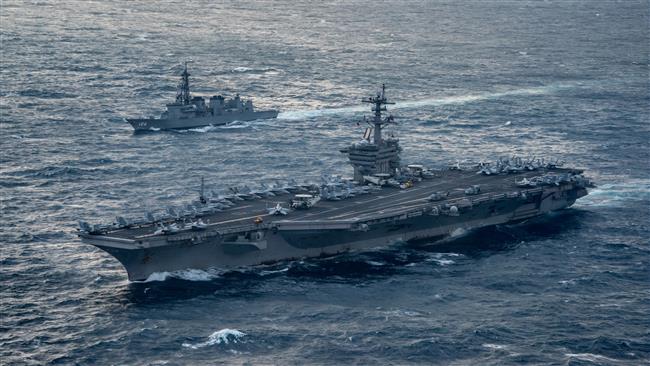 Juvenile diabetes and life insurance
Moffat Camping and Caravanning Club S…
They are doing it out of compulsion: …
Cat Coronavirus Diary – Day 16
Do you know which Countries Have esca…
Russia has accused the United States of ratcheting up tensions on the Korean peninsula by increasing military activities, calling for the "vicious circle of tensions" to be broken.
"We suggest looking at the situation in a multi-dimensional way in order to break the vicious circle of tensions," the Russian Foreign Ministry’s website quoted Deputy Foreign Minister Igor Morgulov as saying in an interview with Japan's JiJi Press on Friday.
Morgulov said currently "in response to North Korean nuclear missile 'experiments', the United States and its allies take steps to bolster exercises and other military activity, which in turn pushes Pyongyang to new provocative actions."
The remarks came after US Secretary of State Rex Tillerson warned on Friday that military action against North Korea would be "on the table" if Pyongyang elevated the threat level. 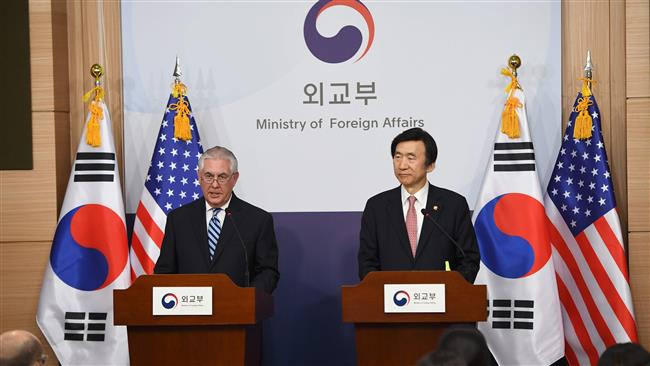 US Secretary of State Rex Tillerson (L) speaks as South Korean Foreign Minister Yun Byung-Se looks on during a press conference in Seoul on March 17, 2017. (Photo by AFP)
North Korea has been under international pressure and it is the subject of certain UN Security Council resolutions. Pyongyang has been urged to abandon its arms development and nuclear programs. However, North Korea says its programs are meant to protect the country against US hostility.
On March 6, North Korea reportedly launched four ballistic missiles, three of which landed into the Sea of Japan, in an area where Tokyo claims as its sovereign territory. Marine forces from Japan and the United States conducted joint military exercises in the East China Sea following the missile launches.
The Russian diplomat also called for resolving the issues of the Korean peninsula "through peaceful political and diplomatic means."
Morgulov urged the "creation of a reliable peace mechanism that would create reliable security guarantees for all the countries in the region without exception."
He said talks that are due to take place in Tokyo on Saturday "will be a good chance to set out our approach to these questions to our Japanese partners."
The talks precede a meeting between Russian Foreign Minister Sergei Lavrov and Defense Minister Sergei Shoigu and their Japanese counterparts scheduled to take place in Tokyo on April 15.
Get more trending information on Jokpeme News - Europe,US,Middle East,UK,Asia,Africa, Latin America,Entertainment & World News

Russia accuses US of adding to tensions on Korean peninsula