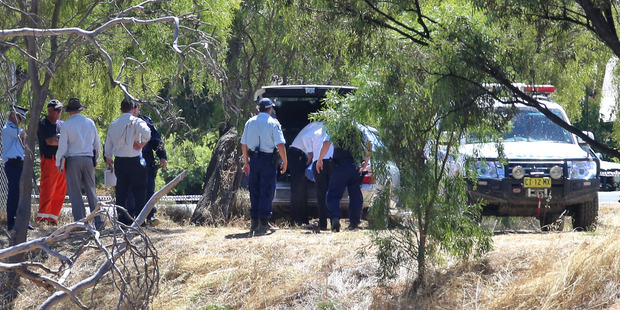 Police on the scene as the body of a missing boy they found in the Murray River is removed on Saturday, March 4. Photo / Hamish Blair

Best Organic Coffees That Are Healthy…
There’s Too Much Going on Today, No T…
How to Turn Your Garden into Stables …
Corazón Astral: el himno de Javiera M…
On Death and Subculture
A cross-breed dog became an unlikely hero last week when, according to police, he acted to protect a young boy in danger.
But Animal behaviour experts says it's not quite that simple.
Buddy, a large mixed breed dog, mauled a 27-year-old woman and her 9-year-old son on the banks of the Murray River at Moama on Thursday.
The dog is believed to have intervened when the woman - who was charged with the murder of a 5-year-old boy - allegedly attempted to drown both children.
Upon escaping, the 9-year-old was set upon by the animal in the shallows. He suffered significant injuries and was flown to Melbourne's Royal Children's Hospital for surgery. He is in a stable condition.The 9-year-old, who cannot be identified, is believed to have struggled free from his mother in the river before she drowned his younger brother. 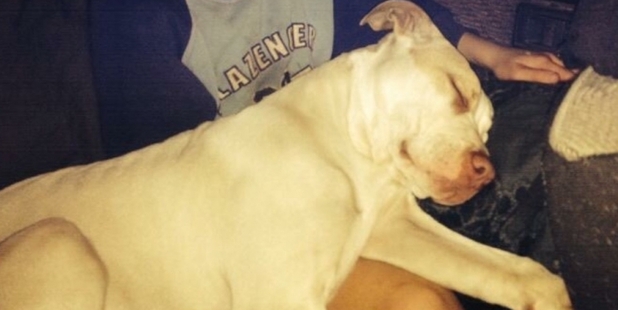 Buddy the dog injured the 9-year-old boy who managed to escape from his mother.
Buddy is believed to have then turned his attention to the mother. It attacked the 27-year-old woman as she allegedly tried to drown her youngest son, an investigating detective claimed in court.
Murray River Council seized the dog on Friday and its owners feared it would be destroyed. A petition was started and circulated widely before NSW Police intervened, declaring Buddy was responding to "extreme circumstances" and likely acting in a "reasonable defence" of the boy, who remains in hospital in a stable condition.
Melbourne-based dog behaviour specialist Brad Griggs said while he "hesitates to offer a definitive explanation", the animal may not have been acting with aggressive intent during his encounter with the boy. He says that is an important distinction to make.
"Under states of high emotional arousal, the majority of dogs frequently and understandably make mistakes or errors in judgment - particularly in the absence of training to allow them to make such decisions in similar circumstances" .
"The encounter with the 9-year-old may well constitute just such a tragic and unfortunate mistake made in the process of a much broader and courageous course of events."
Griggs, who is the owner and operator of Canine Services International, said his heart "breaks for the family of those poor children" and that it was "reasonable" and "entirely plausible" that the dog was trying to save the boys' lives.
"I have worked with, and been involved in cases relating to, incidents with some similarity," he said.
Griggs rejected the notion that the dog's breed makes is more dangerous than any other dog. He dismissed the suggestion that Buddy was a "pack animal" and may have been following the lead of the 27-year-old.
"While dogs are highly social beings they are not 'pack animals' in the same fashion as their wolf relatives. It would be a very difficult proposition to apply the concept of 'dominance' into any aspect of this instance."
He praised police for making the decision they made. He said they had "nothing to gain" from standing up for the animal but that they did the right thing.
The dog was spared with help from the NSW Companion Animals Act 1998, which states that it is "not an offence" if an incident occurs as the "result of a dog acting in reasonable defence of a person".
Buddy's owners said last week that the animal "doesn't have a history of being a dangerous dog" and never bitten anyone before or been seized.
"Buddy is a member of our family and has grown up around children his whole life and has been the most gentlest dog," they wrote on the petition to save him, which was signed more than 50,000 times.
"He has clearly seen a child in distress and attempted to help."
The grandfather of the two boys in the river backed the petition to save Buddy. He said he owns a "similar dog" and "I know (Buddy) was trying to save the boys, it's their nature when they are raised with kids".
Get more trending information on Jokpeme News - Europe,US,Middle East,UK,Asia,Africa, Latin America,Entertainment & World News