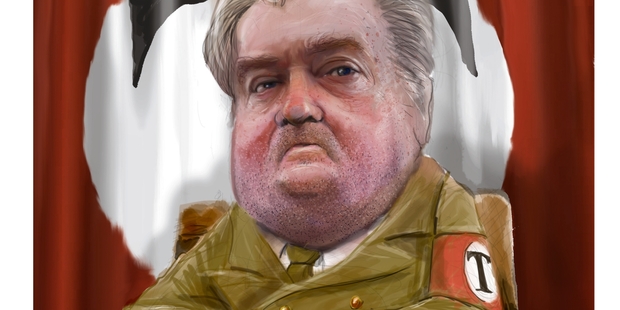 Stephen Bannon. Photo / Supplied
People are beginning to pay more attention to the man behind the curtain. It is a mark of Steve Bannon's extraordinary sway in the Trump White House that a man who has spoken so little in public over the past two weeks is getting so much credit - and blame - for what's going on.