THE THREE MOST ABSURD THINGS DICK CHENEY HAS SAID ON TORTURE SO FAR... 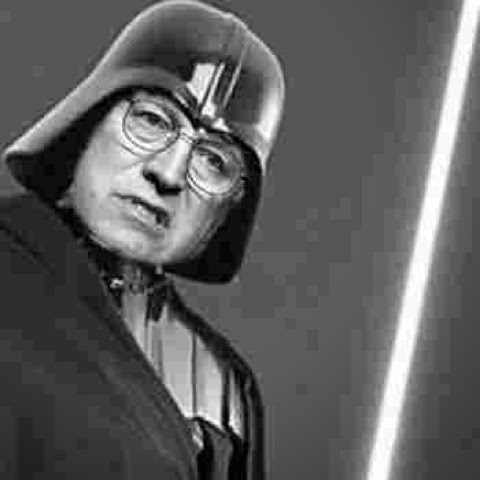 Dick Cheney is many things; and liar has been atop that list for some time. Cheney would rewrite history and paint himself as the foreign policy genius of our time and some kind of super war hawk, hero. Sadly that is as close to being true as the many many Bigfoot sightings which pour into the BFRO. The truth is much less glamorous. Cheney and his cabal trumped up reasons for war on little to no evidence; dragged us into a war costing over 4000 lives and even more injuries; and then proceeded to line his Halliburton embroidered pockets with millions.

How should I take care of my skin?
How to Respond to Patients Who Declin…
Antebellum Review and Discussion: Dis…
Animal Cruelty in Sports and Entertai…
There are still doors my keys do not …
Knowing this about slick Dickey Cheney, you might ask why would someone with that record feel so emboldened as to make totally outrageous statements on Torture. The answer...well, it begins with a 'brass' and ends with a 'balls'; if you know what I mean. Let's look at what are probably the three MOST absurd things Cheney has said so far. In no particular order:
No torture happened.
In true revisionist form, Cheney is running from interview to interview claiming no torture even took place. This may help him sleep at night but it won't pass the sniff test. Title 18, Part I, Chapter 113C of federal law clearly defined torture and the penalties therein. Additionally the Torture Victim Protection Act of 1991 allows the families of torture victims to sue, regardless of citizenship. Waterboarding is also a CLEAR violation of the Geneva Conventions, of which we are signatories. Another lie from Cheney; but the International Military Tribunal of the Far East convicted 25 Japanese leaders for war crimes--including what they referred to as the "water treatment".
He'd do it again in a heartbeat.
Cheney's cavalier attitude regarding decisions that literally caused thousands of deaths is appalling. We shouldn't be surprised that such a person wouldn't shrug a shoulder at water torture. Look at what every other government official is saying about the Torture Report. They aren't denying those men were tortured. The report was written based on CIA memos. What officials are countering with is that we should consider the mind state and circumstances under which the torture was committed. NO ONE but Cheney is saying, hey let's do it again. CIA memos report that those present for the water torture sessions were visibly shaken and internally voiced concern over the "techniques".
Forced Rectal Feedings A-OK.
I shudder to even write the words "rectal feedings". I don't think I need to expound upon this but the fact Cheney is A-OK with the practice tells me everything I need to know. The United States can not hope to fight great evil by becoming the perpetrators of great evil.
The irony in all this to me is that Cheney goes to great lengths to tear down the name and reputation of the President; and now the singular decision to have the  Justice Department pursue war crime charges rests with President Obama. Literally he could make a phone call and Cheney's whole charade would come crashing down around him. I don't believe the President will, but I think there are those on the progressive left that would like him to do it.


This post first appeared on The Average Black Man, please read the originial post: here
People also like
How should I take care of my skin?
How to Respond to Patients Who Decline Recommended Treatment
Antebellum Review and Discussion: Disappointing and Inappropriate
Animal Cruelty in Sports and Entertainment
There are still doors my keys do not open
A Painful Talk (Pain and How It Feels)
14th August – Independence Day of Pakistan
History, Hate, and Trusting the Player
Review: Internment by Samira Ahmed
4 Awesome Furniture Brands To Shop At That Aren’t Wayfair
Parenthood: They Don’t Tell You About the Morning Screams

THE THREE MOST ABSURD THINGS DICK CHENEY HAS SAID ON TORTURE SO FAR...