EXPOSED:Wike,Secondus Plan to Give 2019 Presidential Ticket to an Influential Party Leader of the APC - sheriff

The embattled National Chairman of the Peoples Democratic Party PDP,Sen Ali Modu Sheriff has dropped a bomb shell exposing Nyesom Wike of River and former deputy Chairman of the PDP,Prince Uche Secondus of working hard to ensure the party ticket in 2019 will be given to a prominent and influential leader in APC.

Secondus told me of the plan to give the 2019 Presidential Ticket to a prominent man in APC which I told him that it will not work but promise not to mention the name of the politician said Sheriff.

Sheriff denied the allegation of working with the All Progressive Congress (APC).

The embattled Chairman went ahead to accused Wike of arrogance and impunity says he is to small to pocket PDP,that he will not allow him,there are other Party Leader that can handle the party not Wike.

The Police and Department of State Security (DSS) sealed the Sharks Stadium, Port Harcourt which was planned for the national convention convened by the Makarfi faction. The security agencies cited an order by Justice Okon Abang of the Federal High Court, Abuja on Tuesday which restrained the party from proceeding with the convention. 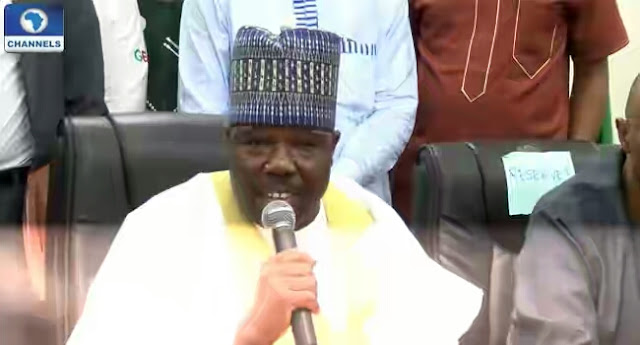 EXPOSED:Wike,Secondus Plan to Give 2019 Presidential Ticket to an Influential Party Leader of the APC - sheriff