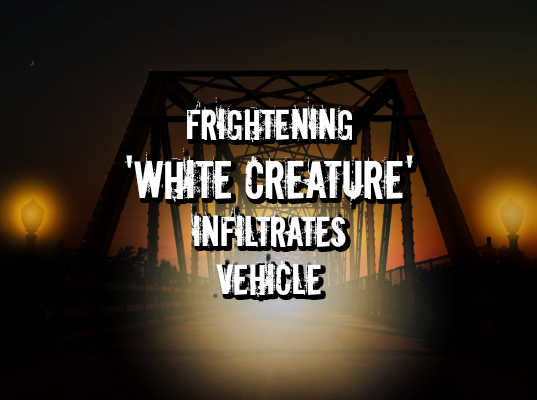 I’m not a long haul trucker so to speak, but I am required to go from Texas to Idaho, and Texas to Indiana, and Texas to Ithaca, New York regularly by van. My drives usually last 18-20 hours, sometimes I have wildlife in my vehicle, sometimes I’m on my way to pick an animal up. My job involves a lot of hands on stuff. Driving is just the secondary of it.

That being said, I have seen a lot of road.

I have seen so much death from accidents, death from dumb mistakes. I’ve seen motorcyclists split into many pieces as they slide on the road. I’ve seen a bridge collapse on several cars. I’ve seen hitchhikers, stray animals, wildlife, car chases, fresh accidents, tornados, etc. I think you get it.

There was one time though. Unlike anything else. I was on one of my shortest drives but it was late in the night. About 1am. I had to be in Austin, Texas as soon as possible as a citizen had found a bird that was incapacitated but alive in Houston, Texas. The bird had been sedated. I had to get it to this specialist as soon as possible, or it would surely die. Fortunately the vet who specializes in this particular wildlife said she had to be up for surgery early anyways, and if I could make it up by 4am she would take it.

The highway between Austin and Houston is called HWY 290. It has a few places where it forces you to stop, but there are a few places that are completely undeveloped and very very dark. I wasn’t tired. I was on high alert.

After leaving the town of Paige is a long stretch of very dark highway. No roadside lights, no development, just tree lined two lanes highway going in both directions. I remember the highway kind of dips down shortly after that dark stretch, and opens up to the highway system that can take you to Bastrop or San Marcos. It wasn’t unusual to be alone out here.

I should also note that I am an avid bird watcher, in fact, it’s my job to report sightings and behavior on a daily basis. Even at night when driving, I can spot a hawk or dove curtailing the power lines along the roads. At night, it wasn’t unusual to see a Deer, or Coyote pacing the outside or even the middle of the roads.

This time though, as my car dipped down the highway and the bridge to Bastrop came into sight, something came into view so big and white. I braked hard. My car jolted to a stop as the sheer vast white mass moved over me quickly. I could hear it whoosh. I don’t know what came over me. I opened my window quickly and the bird in the kennel behind me started making a horrible noise. I forgot to look out the window and looked behind me and there inside the van was the sheer white mass with a huge beaked face and dark red eyes.

I was in full panic. I couldn’t move a muscle or make a sound. I was absolutely horrified to see what I saw. All while this little bird was letting out a horrible scream repeatedly (mind you it’s supposed to be sedated). It was like a knife to my nerves, and had cut all functionality. The white ghost-like creature appeared to wave its hand, and I felt my mouth open and let out a raspy scream. The white creature bolted right in my face. My a**hole clenched harder than a bank vault door. The creature moved past me and out of the front windshield. It turned back to look at my wide eyed, frightened face. And took off into the sky.

This is the first time I’ve said anything about this. I still get shaken when I think about those dark eyes and the swiftness it moved into my sight. I’ve never seen anything like that again. It’s been 6 years now. To this day, is the only paranormal interaction I can truly say I’ve experienced. CO

NOTE: Bastrop is in a part of Texas famous for its barbecue, but the county's real claim to fame is being the filming location of a few Texas Chainsaw Massacre films. We sought out some key scenes and shot the locations today for comparison. Lon

The Texas Chain Saw Massacre: The Film That Terrified a Rattled Nation

Stories from Texas: Some of Them Are True

The Devil's Backbone: Ghost Stories from the Texas Hill Country