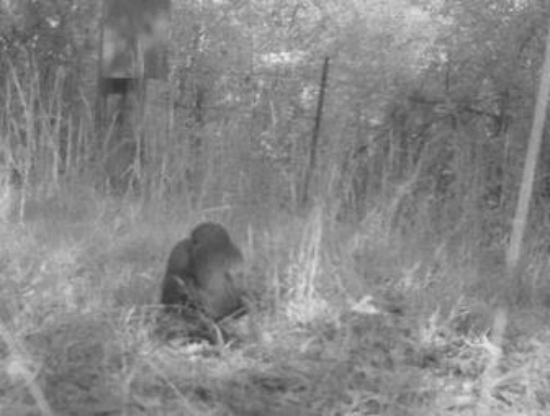 Bruce in Rapid City, South Dakota called in to tell of some Bigfoot stories he had heard over the years:

“I met a guy at a Stock Show and we were talking about hunting and he's a predator caller. And he called one up in the Black Hills and him and another guy and his friend won't go hunting with him anymore. He showed me a picture of the footprint, his foot next to it and it was like three times the length of his foot... it was like 10 or 11 size foot. (Noory asks if it scared the hunting friend) Yes, it did! It was in the brush screaming and yelling at them and breaking stuff. He kind of wanted me to go hunting with him but, you know, I've never seen one and I don't know if I want to be lucky enough or unlucky to run into it. Here's the other spooky story. Now this isn't a first hand to me but the friend that told me said the man that told him, and he knew the man that told him this story and he said he had no reason to lie to me, and it was in the Limestone area which is on the western side of the Black Hills and he had a lumber contract out there and instead of going our around, he decided to walk across a meadow and going on the back side of it. And the man claimed, this is what my friend Ronald told me, the man walked up on a baby in a grass nest out there in a meadow. It had humanoid features. All by itself only it was, like, twice the size of the human baby or something like that and he walked up on it in this nest, in the grass, in this meadow and he turned around and walked back out and he didn't go back until the next day. When he went back, the nest was empty and off they went.”

NOTE: I received the original photo and communication in regards to the juvenile Bigfoot photo:

Hello Lon, my name is Louisa Clingan and my cam captured that pic back in Oct of 09. Thank you for posting it on your website. I am including in this e-mail attachments of the enhanced photo using only hue and contrast to bring out more definition. In the inverted pics you can see more structure, ear, hands, fingers and toes. The cam was set in that location to try and catch what was killing the barn cats, chickens and stealing the eggs.

Don't know if you know the background, but the pic was not taken seriously because our bird was in the following pics. You can see that it's not a bird lol. Also I really think that people think that these animals are born 9 feet tall, lol. This is a small juvenile, from what we figured using the reeds, fence line and bottom of the power box for height comparisons, we believe it is no taller than 18" from the top of the head to the ground in the sitting position, hypothetically it would be roughly 36" or 3' in the upright position. The visual that myself and son had on this same property back in 06 was no more that 3 1/2' to 4'. 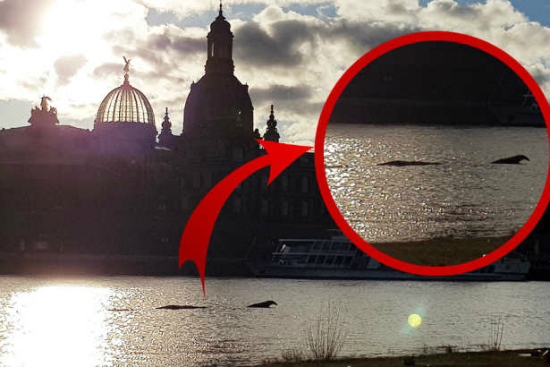 Dresden - Suddenly it ran down his back ice cold: As a walker Torsten Koj (54) relaxed strolled along the banks of the Elbe, sighted the Dresdner a strange "creature" in the water!

A head seemed to lift out of the water at the front, also back and tail were visible ... Is it the legendary monster of Loch Ness, which got lost after Elbflorenz?

The "essence" appeared at the height of the Carolabrücke! "It was several meters long, slowly swam down the Elbe, that's Nessie, I thought!" Said Observer Koj. "I pulled out my camera, caught it several times." It would be the best shots ever made by Nessie. "

In fact, the resemblance to the world-famous Scottish sea monster described as a snake or dinosaur is astonishing. - Nessie on the Elbe

Bed sleeping. I ask to be awake, then woke back up in my bed.

About 2-3 weeks two different objects were in the sky moving in a circle with very big lights. After this object disappears also.

They are back to visit me again. After my son beat the shi- out of two of them. I hope they would not return.

I cannot have any kids. No parts.

TWICE in my life, I have had encounters with a person, that I was really glad to see, we started in talking right away and catching up, and seemed joyful to just happen to run into each other. Then later, both times, the realization came over me like a wee bump panic attack, for the truth of the matter was I had no idea who that person was, could not tell you their name, could not place them, and was generally left with a really freaked out feeling.

NOW this may sound like a made up tale, but one time in particular, I was in the company of Chris and we were at the grocery store getting a few things to take home to Hillside Ranch where we lived one hill over from the ocean, but also one hill over from the launch pad of their secret missile launching's at Vandenberg Air Force Base that shook the house and lit up the hillside just about the time I was trying to hop in the shower so that I was all ready to leave for work by 3:45 am

On this particular encounter with a well known unknown, this person was a very attractive woman with long light blonde hair who I immediately recognized at the store and she approached me smiling and saying, .."How are you doing? "It is great to see you again!" I was somewhat taken back, because my first thought was what the heck, Chris must certainly wonder who this very attractive woman is that is acting like, not- only- are- we- close, but it seemed it was all she could do to keep from coming up and giving me a big heartfelt hug. We quickly went into a conversation that I got lost in and only she and I knew what we were talking about, but it was pretty darn important. I told her i would see her later, and then she said she was picking up some things for her father. I said, "Oh yeah, what is it your father does again. She then said, "Oh you remember don't you, he works out at Vandenberg Air Force Base, he is a rocket scientist.." She then shuffled off and was soon out the door.

I started getting an almost dizzy feeling as soon as she said her dad was a rocket scientist for, to me, that was .... a GONG.... for it just did NOT COMPUTE...

Chrissy never really did say anything to me about that incident, for being in the radio business and especially being a Program Director you meet a LOT of people and you do a lot of PR. We really never talked about it, but recently in the last year or so, I asked her if she remembered that day and she did.

HAS THIS HAPPENED to ANYONE ELSE?

The second time it happened to me was the fall of 1989 and I was changing planes in Chicago, where this well dressed man, approached me immediately reached out to shake my hand and then smiled and put his hand on my shoulder and told me how glad he was to see me. I seemed to be glad to see him too. We talked for ten minutes, and I had to run to catch my plane. He had to do the same thing. About a half hour later I got a real spooky feeling when it hit me I could not place the guy all of the sudden, and that encounter bothered me for years as it was such a mystery to me about what it was all about. Was it just an honest matter of mistaken Identity? DB

2018 marks our 13th year of operation! If you wish to support the newsletter and blog, you can use one of the donation buttons on the blog or newsletter, or go to Paypal.com and use my email [email protected] as the payee. Thanks again. Lon
**********

UFO SHOCK: 'Truth' about the 'vertical alien UFO' over Mexico

“Living Room” What We Call Today, Was Actually Called “Death Room” in the 19th Century! 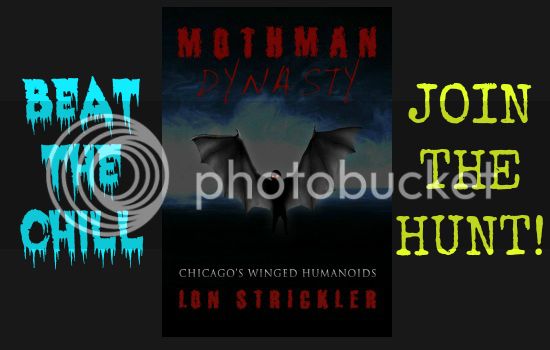