Nuclear Weapons are “a deadly reminder of countries’ inability to solve problems through dialogue and collaboration”, UN Secretary-General António Guterres said on Tuesday, urging the international community to abandon them once and for all.

Brittney Griner's Cannabis Charges In…
An Act of God?
US President To Visit Israel And Occu…
How Do Diamonds Form? | They Don't Fo…

“These weapons offer false promises of security and deterrence - while guaranteeing only destruction, death, and endless brinksmanship,” he said in a video message to the First Meeting of States Parties to the UN Treaty on the Prohibition of Nuclear Weapons, taking place in Vienna, Austria.

Let’s eliminate these weapons before they eliminate us.

‘Recipe for annihilation’
The UN chief said the “terrifying lessons” of Hiroshima and Nagasaki are fading from memory, referring to the atomic bombing of these two major Japanese cities during the Second World War.
However, with more than 13,000 nuclear weapons still held across the globe, “the once unthinkable prospect of nuclear conflict is now back within the realm of possibility,” he warned.
“In a world rife with geopolitical tensions and mistrust, this is a recipe for annihilation. We cannot allow the nuclear weapons wielded by a handful of States to jeopardize all life on our planet. We must stop knocking at doomsday’s door,” he said.
The Treaty on the Prohibition of Nuclear Weapons is an important step towards the common aspiration of a world without nuclear weapons, Mr. Guterres told participants. It prohibits a full range of nuclear-weapon-related activities, such as undertaking to develop, test, produce, manufacture, acquire, or stockpile nuclear weapons, or other nuclear explosive devices.
The treaty was adopted in July 2017 and entered into force in January 2021. It has been signed by 86 countries and ratified by 65.
Nuclear-free world
Governments, civil society groups and other observers are attending the meeting in Vienna, reflecting the central truth that “disarmament is everybody’s business, because life itself is everybody’s business”, said the Secretary-General.
Decisions made there will help cement the Treaty’s position as an essential element of global disarmament and non-proliferation efforts, he added, expressing hope that more countries will be convinced to get on board.
“It is only by joining in solidarity that we can eliminate this scourge and get back to the business of building a better, more peaceful and trusting world for all.” Learn More/... 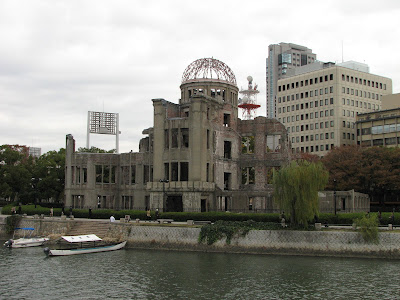 About GEO´ PRWire Channel
Our PR Wire Channel Management Team provide direct, immediate, highly cost-effective access to our entire Geopolitical contacts network including our proprietary userbase of 132k individually named & profiled Clevel influencers and policy makers, across the Banking & Finance, Insurance, Manufacturing, Technology, Aviation and Maritime industries as well as NGO's and Government Departments Worldwide. A recent userbase survey revealed that they have a collective annual spending power in excess of €370 million.
We deliver just over 148k Geopolitical news emails every day across our entire Userbase as well as  our media base of 28k subscribing Geo-centric Editors, Journalists, Influencers & Bloggers. We further post extensively via our Web 2.0 Network affording us a further reach of 36k subscribers across all the Leading Article, Knowledge & Bookmarking Sites Globally. Learn More/...
Image Credit: Sean in Japan via Flickr


This post first appeared on GeoPoliticalMatters, please read the originial post: here
People also like
Brittney Griner's Cannabis Charges In Russia: What's Next For The WNBA Star?
An Act of God?
US President To Visit Israel And Occupy Palestinian Territories In His First Regional Tour Since Assume Office
How Do Diamonds Form? | They Don't Form From Coal!