11 Conservative Principles You Need to be Aware of 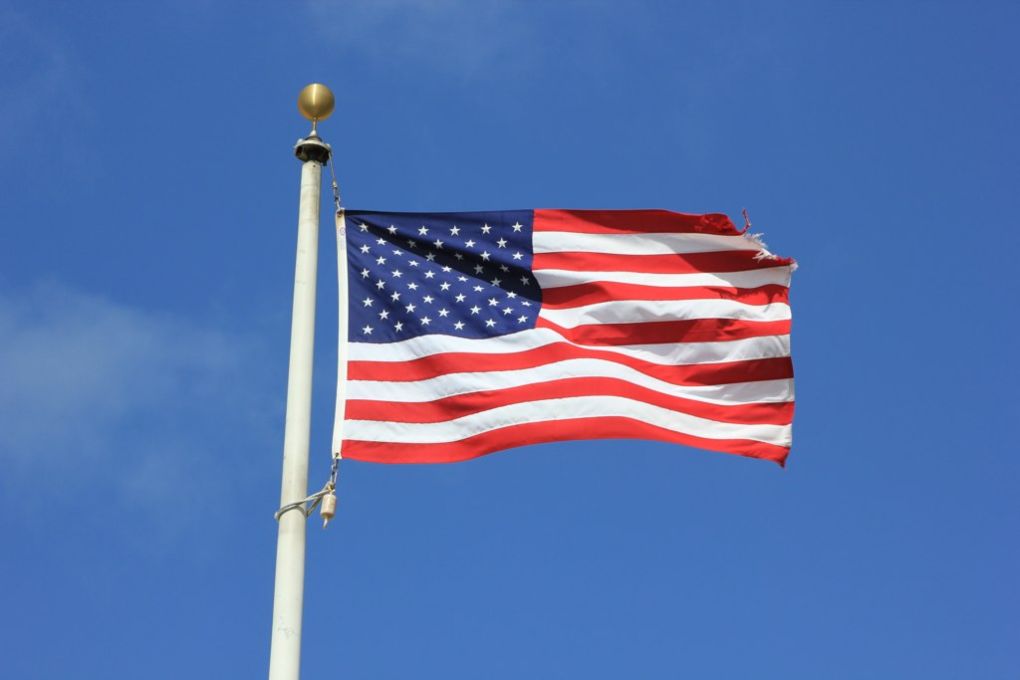 In recent years, the term “conservative” has been distorted to say the least, both by the left and the right. This got me thinking, what are the Conservative Principles that most Conservatives believe?

How to Develop an Educational App?
How and Why America Was Hit So Hard B…
Best Keurig Coffee Makers & Which One…
Romantic Interior Design
Top 10 BITCOIN WALLETS To Adorn Our P…

Small government is perhaps one of the most famous conservative principles. Alongside this, most conservatives also believe in incredibly low taxes as well.

In that sense, the central government should also leave citizens to do whatever they please. As long as they aren’t doing anything illegal or are hurting anyone in any way, they should be left alone.

They often believe that the central government should only ever be as large as it needs to be. And, instead of planning a meeting to have a meeting, is ran more like a corporation- efficiently.

As the government is smaller, there is no need for such high taxes. As such, in an ideal world, we would all get to pay less in taxes, regardless of whether we’re on minimum wage or are a multimillionaire.

To most conservatives, the concept of family is more important than any of the other conservative principles. Conservatives understand that you can’t rely on friends, only people with blood ties to you.

Depending on what country’s conservatism you’re looking at, religion is usually included in this. However, this is decreasing each year with the rise of so-called atheist conservatives.

Most conservatives support the notion of a nuclear family- that is a mother and father and their children. However, the increasing divorce rate is ending this more and more each year.

For many younger conservatives, especially those who’ve been through a divorce, or are currently going through one, they have reinvented the principle.

As long as they are close to their kids, and have some form of relationship with them, they are following conservative principles to the T.

One of the most deeply-held conservative principles is their pro-business attitude. In recent years, the left has complained about conservatives for allegedly aiding the wealth gap, as well as the American corporatocracy.

Whilst this may or may not be true- we’ll just have to wait and see, most conservatives are against such a concept. However, they are very much pro-small business.

Conservatives understand that large multimillion dollar corporations are the foundation of a country. They understand that most people work for a large international company, that makes billions of dollars per year.

However, they also understand that the true backbone of the economy, the ones who pay their taxes and give back to the community, are the small businesses and small business owners.

In order to incentivize more people to quit their 9-5 and start their own business- the backbone of the economy, they need to be pro-business. This means implementing a series of pro-business policies…

Due to the aforementioned pro-business stance adopted by many conservatives, they are also pro-privatization and deregulation, as was seen in the 1980’s in both the UK and the US, under Thatcher and Reagan respectively.

Conservatives understand that state-owned enterprises, whilst a noble idea on paper, are often inefficient and cost the tax payers more money than they bring in.

As such, a way to bring in both a short-term income and relieving the tax burden is to sell off these enterprises. These are often sold to the longest serving workers first, before Wall Street investors.

Conservatives also understand that an industry with too much red tape, be in with government-instituted regulators or with copious amounts of restrictions, are also inefficient and wont strive to improve quality.

In order to create those incentives for highly regulated industries to improve quality and make a better product, they need to be incentivized. The best way to do this is to deregulate them, allowing them to cut corners and make better goods.

However, conservatives (as a general rule) aren’t reckless. They understand that too much deregulation and/or privatization does more harm than good, so won’t fully privatize or deregulate companies/industries.

For the most part, the concept of free-markets is one of the newest conservative principles, only appearing in the 1980’s. This was under leaders like Thatcher and Reagan.

Conservatives believe that in order to properly have a pro-business outlook on things, they also need to let the market dictate what it wants, not politicians hundreds of miles away.

As such, thanks to economists like Milton Friedman, conservatives slowly began to be more free-market in nature. Depending on the person, they may be extremely or mildly free-market.

Many of them believe in a “Survival of the fittest” type of thing. A customer demands something, be it a larger product, a cheaper one, or one that lasts longer and the market should provide it.

This helps to keep the economy more efficient, and reduces waste. After all, if you are producing a product that no one wants to buy, why should they have to buy it?!

Liberals often throw around the concept of “individual liberty”, often mocking conservatives for not having it- after all, how could they not have it?! Except, conservatives also have it.

It’s just that both groups of people have completely different interpretations of “liberty”. For conservatives, it is their conservative values as well as the government leaving them alone.

For most conservatives, they just want to be free from the government to go about their business.

And that’s it. They don’t want a national identity card, they don’t want registries of names. They simply want to be left alone so they can whatever it is that they do.

As long as they aren’t breaking the law, nor hurting anyone, they just want to be left alone.

Out of all the major “conservative principles” I have written about, this is the one I disagree with the most. I am a British conservative, yet I have no love for the UK, instead preferring other countries like the US.

For the most part, conservatives aren’t nationalists. They’re just patriotic. In the US, conservatives may wear US flag-themed apparel all around the the year, something liberals generally don’t.

However, the largest source of national pride is through the military. Conservatives generally support the military when it comes to politics, after all, Republicans increase the military budget whilst Democrats decrease it.

Many conservatives also join the military too. For some, it is the avenue for a better life, and for others, it’s a way to show their pride for their country in a way that they will never forget.

There are several reasons why conservatives are patriotic. However, the largest is due to the sense of family. Anyone who’s been in the military can tell you that it is like a second family, and family is one of the most important conservative values.

In recent years, conservative policies regarding the law from the 1950’s have been criticized by both the left and the right, especially for laws pertaining to the use of drugs.

For the most part, conservatives are torn on the idea of drugs. For some, it is a failing of character and should be punished to the fullest extent of the law. For others, it’s a national health problem, not a crime.

Drugs aside, conservatives also have one other major issue with the law: it’s too open for interpretation. In recent times, new laws put in place have been vague and up for interpretation, by both the police and by judges.

For many conservatives, completely rewriting decades of laws are not only tedious, but also rather pointless. However, writing new laws that supersede these old laws is probably the way forward.

There is a belief, reinforced by the media in recent years, that all conservatives hate immigrants and are generally racist. That is simply not true. Whilst there are a few so-called conservatives who hold these opinions, most do not.

Instead, conservatives are generally accepting of the idea. For many, especially in North America, their parents and/or grandparents were immigrants who simply wanted a better life.

They understand that for most immigrants, they are looking to come to a new country in hopes of a better life, not only for them, but also for their children. And this is something they simply can’t get in their birth country.

However, their issues with immigration stems from the type of immigrants customs lets in. In recent years, an influx of low skilled workers have been allowed in, occasionally surpassing more skilled workers.

For conservatives, they’d rather restrict immigration into their country in the hopes of being appealing only to medium and high skilled workers. And as such, only allow in highly productive members of society.

There is a common misconception that one of the key conservative principles is something along the lines of “Help the rich, not the poor”. And whilst some conservatives may believe that, most do not.

For the most part, conservatives do actually support the welfare state, albeit an extremely limited one. It’s just that the way many conservative parties have gone about it in recent years has been distorted in the media.

Conservatives generally believe that if there is a medical reason why you can’t work, ie. had all four limbs blown off in Afghanistan, then the government should indeed support you.

However, they believe that the government should give you only the bare minimum in order to survive. This is meant to discourage “generations of worklessness” as have been seen in several developed countries in recent years.

By “bare minimum”, conservatives generally agree that it should cover all basic needs such as housing, food, gas, electricity etc. Not funding you brand new TV for instance.

Due to everything above, most conservatives are generally anti-socialist and communist. Perhaps this is a by-product of the Cold War, however, many conservatives in Eastern European countries similarly hold these views.

To them, communism and socialism is the very opposite of everything they believe in.

By its very nature, communism is anti-business, seeking to collectivize all businesses into one sole, government-owned enterprise. This in itself has several implications for several other conservative principles.

For starters, it goes against conservative beliefs on free market economics. Instead of allowing the market to do as it pleases, it is highly regulated by the government, including having a fixed currency as they did in the USSR.

As well, all of the companies you can buy from are state-owned. In fact, everything is state-owned, from the farm that grows your food to the house you live in, to the company that makes cars. This goes against conservative ideals.

On an unrelated note, it also goes against the idea of individual liberty and the right to religion and free speech. Instead of being an individual, you are a member of a unit, which itself is a unit and so on so forth.

Which conservative principles do most agree with? Tell me in the comments!

11 Conservative Principles You Need to be Aware of