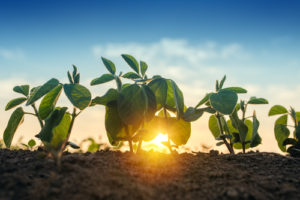 U.S. Sen. Dick Durbin has renewed charged that President Donald Trump’s farm trade bailouts are not going to the Soybean growers that are truly hurt by the tariff war with China, instead, they are unfairly going to Southern cotton farmers. Durbin said in a statement that “Illinois soybean farmers need this trade aid because of the financial losses they’ve incurred.”

He added, “But once again (the U.S. Department of Agriculture) has overcompensated Southern cotton growers, whose market losses are small and whose prices have gone up, with more aid on a county-by-county basis than Illinois’s soybean farmers.” Durbin had originally accused the Agriculture Department and Trump administration of skewing the handouts under the Market Facilitation Program, last fall.

He has repeated the same charge on Friday after the last installment of the bailouts went out. Trump had launched the trade war with China almost two years ago to revive the U.S. steel industry. He had touted the gains of his actions that summer at the U.S. Steel Granite City Works. Trump had admitted even then that China was targeting American farmers with retaliatory tariffs in response.

Trump had authorized $12 billion in so-called MFP payments in 2018 and another $16 billion last year. Critics pointed out that the $28 billion farm bailout was more than double of what President Obama had authorized to the auto-industry a decade ago in the midst of the Great Recession. The critics also said that these bailouts were brought on by Trump himself instead of a nationwide economic downturn.