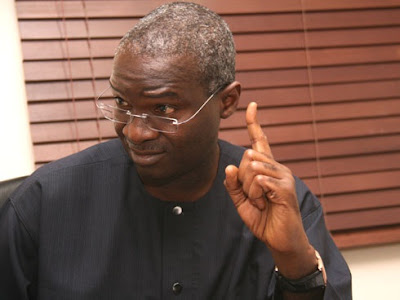 Ahead of Saturday’s presidential election, the Presidential Campaign Council for the re-election bid of President Muhammadu Buhari has revealed how members of the ruling All Progressives Congress (APC) will guard their votes.

Minister of Power, Works and Housing, Mr Babatunde Fashola made the disclosure in Abuja, while inaugurating members of the council’s election planning and monitoring directorate.

Fashola, who is the head of the Directorate called on members of the committee and all party members to go to ward levels and stay till voting, sorting and counting ends, to ensure victory of the party in the election.

He said the APC cannot afford to allow erstwhile ruling party to return to power because of the ongoing infrastructure development, insisting that Buhari has achieved a lot in areas of security, economy and infrastructure development. He added that electorate should, by all means, reject political parties which do not have members at the National Assembly, saying the directorate’s main objective is to coordinate, plan and monitor election processes.

“The main project is essentially getting more members, more public spirited people across the country, who believe in the development mandate of our party and our government to tackle insecurity, to fight corruption and to develop the economy.