So that time of the tenure has come for the ruling Party, BJP when their work in all these years would be put to check. The opposition is not just attacking, but also defending their position and work in the past and working their way slowly to the top.  The air due to elections next year has become already so tense with the surveys and analysis by various electoral experts, pouring in with different results. For the people, the electorate, it could mean a holiday, a carnival, chaos, etc… but for parties like the BJP and the Congress, it’s not just a matter of failure or success. Political careers of many depend on these elections, crucial resources are at stakes too. For Congress, it is also a matter of historic pride, and seemingly the only chance of reviving the party’s sinking image. 2019 elections also test the BJP’ confidence and optimism.

Let us take a look at all this and more.

Congress has reportedly hired a Harvard professor, known for his course, “making of a politician”, as a strategist for Rahul Gandhi, The President of INC. Jarding might have an impressive record back in the USA, however, his experiments in India are far from successful. In 2017, Steve Jarding was working with Akhilesh Yadav of the Samajwadi Party, the Congress tried to ride the wave on the young lad’s shoulder, but, the results weren’t in their favour. Counting on Jarding again shows how desperate and seemingly helpless the Congress is to rescue the party and its image.

Gone are the days when aloofness was considered professional. People like the parties who hear them straight out or at least create such an illusion. In order to counter Modi’s “Mann Ki Baat”, the party plans to upload a dedicated website for its 2019 campaign to seek ideas from the people. Congress’s willingness to increase their public outreach is also evident from.

The Congress’ message for the 2019 Lok Sabha elections will sharply focus on jobs and farmers, in the light of the ongoing agrarian crisis. Corruption (chiefly the Rafale deal, which definitely is the biggest issue surrounding the ruling party, equivalent to the Commonwealth and Coalgate scams during Congress’s reign) and mismanagement of the economy (due to demonetisation, GST reforms and other programmes by the BJP) will also be accorded high priority. Looks like Congress no more knows what pain and mercy are when it comes to elections.

Rahul Gandhi is making a herculean effort to break BJP’s winning spree. He knows he got to work with courage and conviction but not without some help from other prominent party members and veteran leaders like Sharad Pawar. At a meeting of the core election committee, different leaders were also asked to prepare notes on specific sectors, to help outline an approach and deal with its related issues in the run-up to elections. Reportedly, former Union minister Salman Khurshid has been asked to prepare a note on minorities and Shashi Tharoor will give a note on young professionals. Former finance minister P Chidambaram will work on economic issues while Anand Sharma will handle the trade and commerce sector.

2019 is the only chance for the Congress party to get back what it lost the last time. Even if Congress does not form the government, it has to increase the party’s share of vote and seats to healthier levels.

What is the chance of BJP in 2019 Elections? 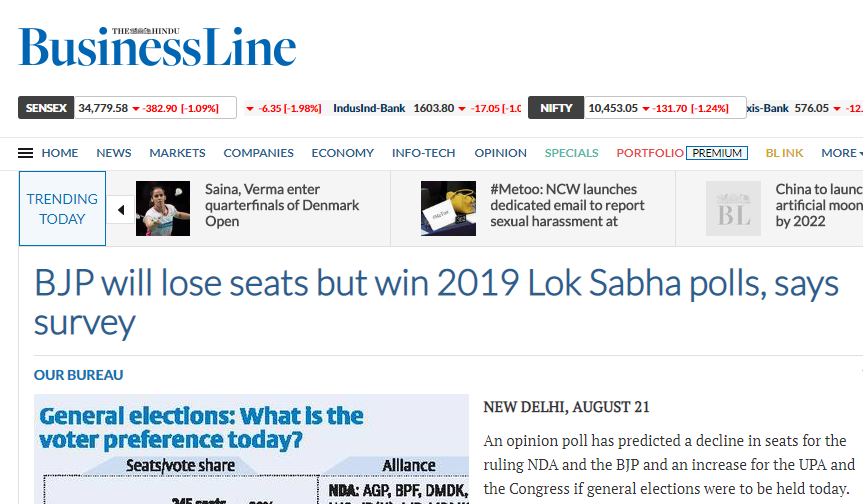 BJP has a well-oiled election-winning machine driven by PM Modi and party president Amit Shah. The question is even if BJP emerges victorious after elections, will it be as glittering as 2014?

Known for its novelty, BJP strategy this time will include more public inclusive programmes like T20(worker to visit at least 20 houses in their area and publicise Modi government’s achievements) and Booth Toli(party workers have been asked to add more people to the Narendra Modi App).

The BJP knows the possible coalition(b/w the opposition parties, RaGa is open to the idea of reuniting with old friends of Congress) is going to place hurdles before its juggernaut. Therefore, without delay, the saffron party evolved its own counterstrategy of polarising the electorate. 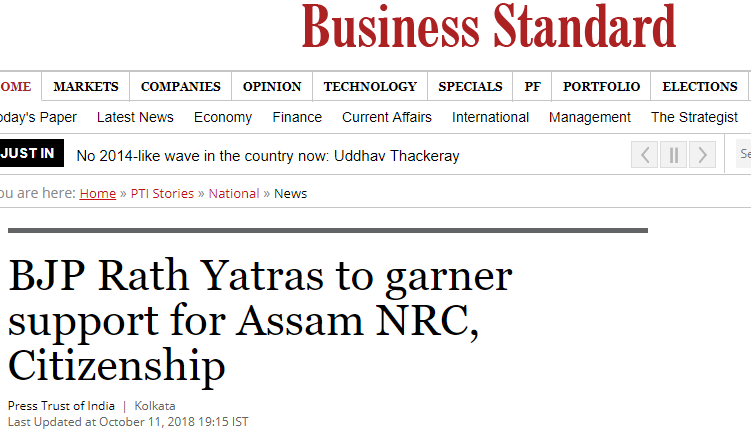 This policy which is contradictory to the opposition’s position is definitely adventurous, typical of the Modi-Amit Shah duo. Unlike Congress, BJP isn’t very fond of holding on to old comrades.

Both jobs and the agrarian crisis are contentious issues, however, the government is defending itself by playing the number game. It recently increased the price at which it buys 14 crops to ensure farmers earned a 50% return on their investment, and it claims that in the absence of jobs data, the fact that loans to small enterprises and the number of provident funds accounts have increased, indicating that jobs are being created.

2019 is a chance for BJP to prove their prowess as a pan-nation party. Not just that, it also has plans to completely uproot Congress from the electoral scene, by breaching their bastions and implementing unimplemented policies(NRC). 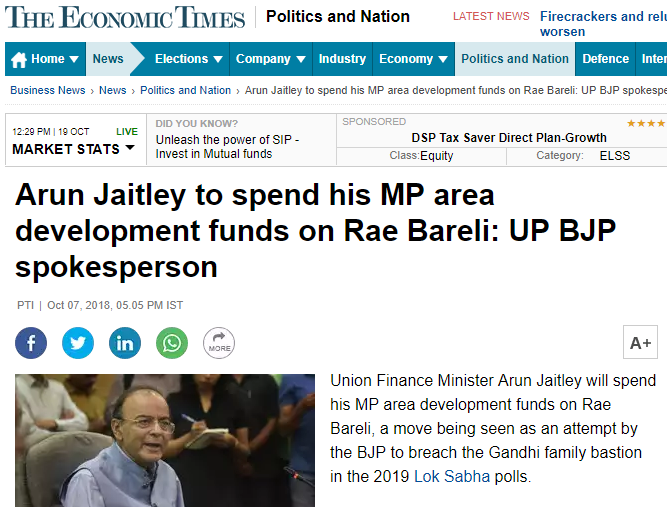 The 90s were a big time for the party as its popularity grew after incidents like the Shah Bano case and the Ayodhya land dispute.  When it came to power in 1999, it was exceedingly dependent on its allies. However, in 2014, BJP came out as an undisputed winner securing an absolute majority in Lok Sabha by itself. The achievement lies in maintaining the status quo. They have shown the country that political power lies in acting with courage and conviction. But how far will it take them?

Down the line, we can say that both the parties have just too much to lose and gain this Lok Sabha election. 2019 will become a symbol of this era in the political history of the country.

The post How BJP & Congress can fare in 2019 elections? appeared first on Election Tamasha.