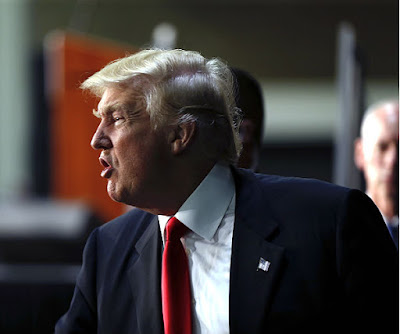 In advance of a pending decision on whether to recognize Jerusalem as Israel's capital, President Trump has scheduled phone calls Tuesday with Israeli Prime Minister Benjamin Netanyahu, Palestinian Authority President Mahmoud Abbas and King Abdullah of Jordan, according to the White House.

Does a Home-Based Business Really Wor…
Empire of Language- Prelude-Metaphors…
7 reasons I’m tired of being tired
Hollywood Academy Awards Oscars Red C…
How To Find Your Purpose And Passion …
The White House had been finalizing a plan for Mr. Trump to announce on Wednesday that the U.S. would Recognize Jerusalem as the capital of Israel for the first time in history -- a move that would roil the Middle East and Arab world.
CBS News' Margaret Brennan reported over the weekend that Mr. Trump still planned to sign a waiver that would keep the U.S. embassy in Israel in Tel Aviv, despite his repeated promises during the 2016 campaign and throughout his administration to move the embassy to Jerusalem. The deadline to sign the waiver was Monday, but the White House has not yet said whether he signed it.
On Sunday, the president's son-in-law Jared Kushner, who's been tasked with reviving efforts for Israeli-Palestinian peace, said that Mr. Trump had not yet decided whether to recognize Jerusalem as Israel's capital.
"The president is going to make his decision and he's still looking at a lot of different facts and when he makes his decision he'll be the one to want to tell you, not me. He'll makes sure he does that at the right time," Kushner said at the Saban Forum in Washington, D.C.
Arab and Muslim leaders, as well as experts have warned that recognizing Jerusalem could lead to violence in the Middle East and kill any possibility of peace negotiations. Last week, U.S. diplomatic posts were put on high alert as the president considered the decision.
For 70 years, the U.S. embassy has been based in Tel Aviv -- along with embassies of almost all other countries with relations to Israel -- because the U.S. has wanted Israeli-Palestinian peace negotiations to determine the final status of Jerusalem. The United Nations' original partition plan from 1947 on Palestine called for Jerusalem to be an international city. The U.S. government, as a result, does not officially recognize Jerusalem as Israel's capital.
Efforts to move the embassy from the coast of Tel Aviv to the holy city have surfaced periodically since at least the early 1980s. President Reagan and his secretary of state, George Shultz, were against the move. Lawmakers later passed the Jerusalem Embassy Act in 1995, signed into law by President Clinton, which authorized the U.S. to move the embassy to Jerusalem by 1999 with one caveat -- the president could indefinitely delay the move by signing a waiver, citing national security concerns. In June, Mr. Trump signed the waiver for the first time in his presidency, delaying a move of the embassy to Jerusalem.
Standing beside Secretary of State Rex Tillerson in Brussels Tuesday, the European Union's top diplomat, Federica Mogherini, publicly voiced opposition to Mr. Trump's expected announcement on Jerusalem.
"During our bilateral meeting we discussed mainly four issues; first of all, the Middle East peace process, the European Union support, the resumption of a meaningful peace process towards a two-state solution.  We believe that any action that would undermine these efforts must absolutely be avoided.  A way must be found through negotiations to resolve the status of Jerusalem as the future capital of both states so that the aspiration of both parties can be fulfilled."