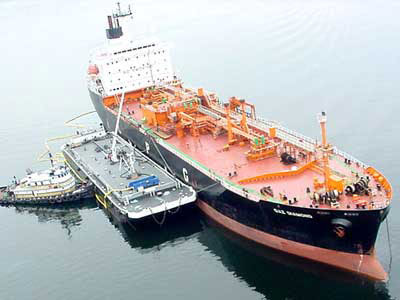 
Investigation showed that most leading international and indigenous oil and gas companies, through their procurement process, have continued to patronise illegally refined products and products obtained from vandalised pipelines, thus aiding and abetting crude oil theft and robbing the country of revenue from genuine bunkering operators.
It was further gathered that as the market shrinks for local licensed bunkers trading companies, they still have to battle with illegal bunkering operators, who have now penetrated the mainstream consumer base by offering very low prices, against the principle of superior product quality and evidence of genuine sourcing.

In a swift reaction to the menace of illegal bunkering in the country, a spokesman for the Department of Petroleum Resources (DPR), Mr. Paul Osu, said that the agency was determined to ensure that Nigeria becomes an attractive legitimate bunkering hub. Officials of some of the oil firms, who spoke off the record, also denied their companies’ alleged involvement in off-taking illegally sourced fuel products, saying their procurement processes are in line with best practices.