By: Adam Walser
ORLANDO, Fla. — A Florida judge ordered a professional guardian to be removed from nearly a hundred cases after she allegedly issued "Do Not Resuscitate" orders for the people she cared for without the court's permission.

One family tells the I-Team they believe their loved one would be alive today, if not for the guardian’s actions.

“There's not even words to describe what this does to the family members, friends,” said Linda Lanier.

Lanier served as power of attorney for Steven Stryker, a close friend who became her neighbor in Brevard County when he moved to Florida two decades ago to spend more time with his aging parents. 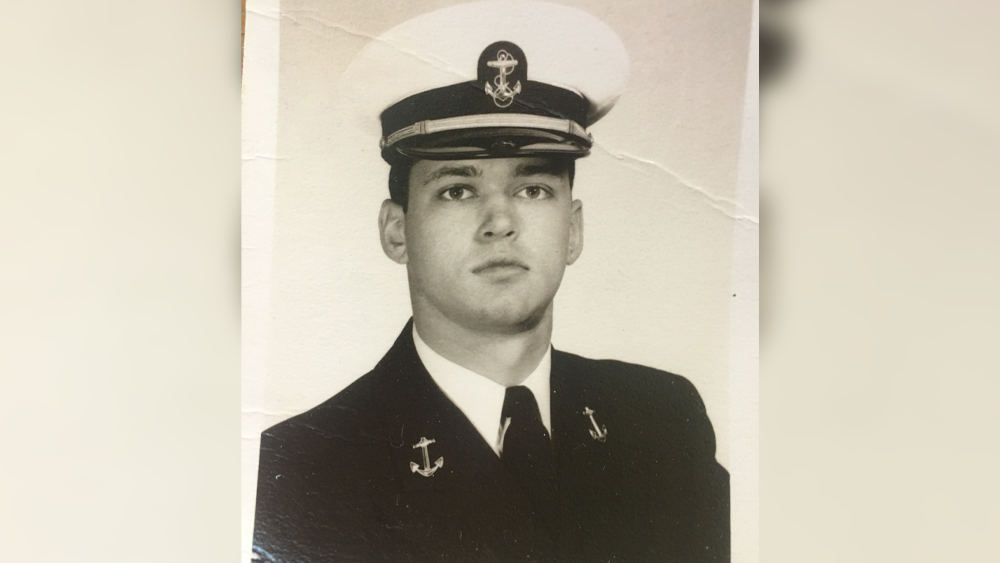 Navy Veteran Steven Stryker aspirated after guardian ordered his feeding tube removed and issued a DNR order. He aspirated and died at a Tampa Hospital.

Ways to Style a Small Living Room
How Does the Fortinet Firewall Work?
A Furry’s Guide to Cryptocurrency
How to Get Rid of Ants
“The Friend Who May Not Seem a Friend…
Lanier helped Stryker with healthcare decisions since his daughter Kim Stryker lives more than a thousand miles away.

But when Stryker ended up in the hospital last August while Lanier was on vacation in Colorado, professional guardian Rebecca Fierle, who also works as a Medicaid consultant in hospitals, petitioned the court and was appointed to be Stryker’s guardian. 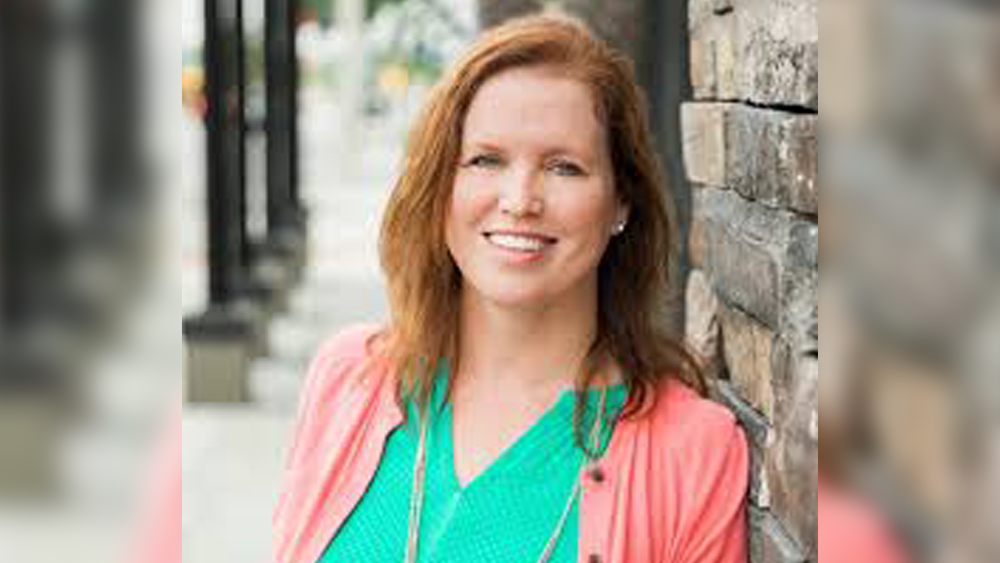 Rebecca Fierle
Lanier says Fierle instantly cut Stryker off from having regular contact with her.

“I was not able to find out any information about his health or his daughter. His daughter and I were trying to no avail,” she said.

Fierle lives in Orlando, but she moved Stryker from Coco Beach to an assisted living facility in Tampa, something Lanier says didn’t make sense to her since the guardian would live at least 60 miles from the ward that was entrusted to her care.

Hospital records show Stryker had a chronic health condition, which caused him difficulty swallowing, Stryker’s daughter Kim Stryker says her father, who was 75-years old, fell at his assisted living facility and was taken to St. Joseph’s Hospital to recover.

During that time, he had a temporary feeding tube.

“Rebecca demanded that the feeding tube be capped,” said Lanier.

According to hospital record, Fierle also signed a do not resuscitate order, even after hospital staff warned her of potential consequences.

“Knowing that he's going to aspirate because he couldn't take anything by mouth that's pretty much a death sentence,” said Lanier.

Stryker's medical notes from the hospital said, "he has the capacity to make medical decisions."

“To see him at the end literally begging for his life... very lucid,” said Lanier. “He knew what Rebecca was doing.”

Days later, Stryker choked to death while at the hospital.

After complaints from Kim Stryker, Judge Janet Thorpe removed Fierle as guardian from 98 cases, saying she signed DNRs for wards without the families or court's permission. 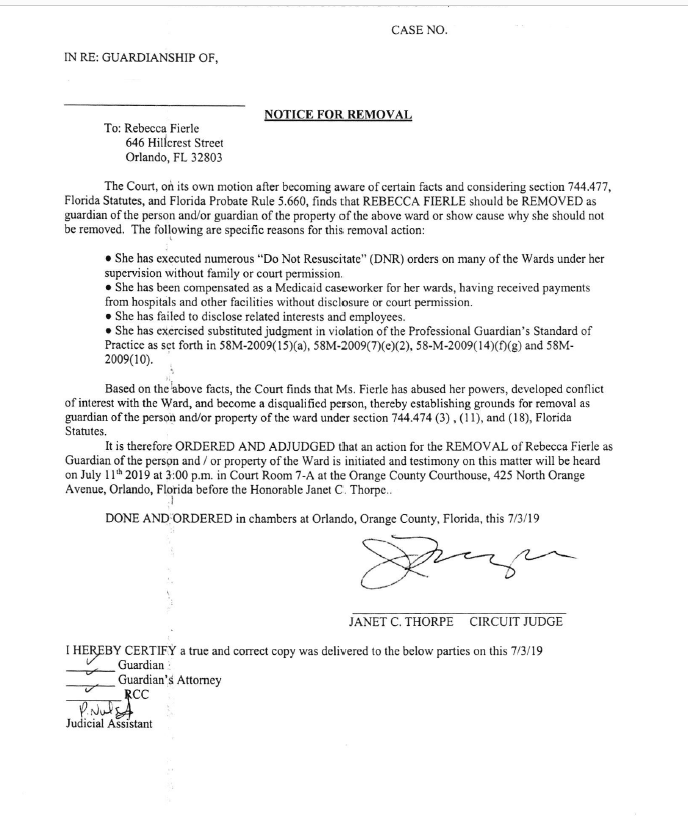 Neither Fierle nor her attorney responded to our request for comment.

Fierle was cited twice previously by the Florida Office of Public and Professional Guardians for rule violations.

Court records show that Fierle currently has about a dozen combined active guardianship cases in the Bay area, including wards in Hillsborough, Pinellas, Hernando and Polk Counties.

“This action by Judge Thorpe represents a long-awaited tipping point in the battle to demand accountability from the courts and the guardians and lawyers they enable,” said Dr. Sam Sugar, who is founder of Americans Against Abusive Probate Guardianships.

To see more of our coverage of issues with Florida’s professional guardianship system click here.

If you have a story you’d like the I-Team to investigate, email us at [email protected]


This post first appeared on National Association To Stop Guardian Abuse, please read the originial post: here
People also like
Ways to Style a Small Living Room
How Does the Fortinet Firewall Work?
A Furry’s Guide to Cryptocurrency
How to Get Rid of Ants
“The Friend Who May Not Seem a Friend” – The Cat and the Fire, Post 2 of 3
3 طرق لعمل شعر الكيرلي للأطفال
Short Happiness Quotes From Famous and Unknown People