U.S. Pays Billions for ‘Assisted Living,’ but What Does It Get? 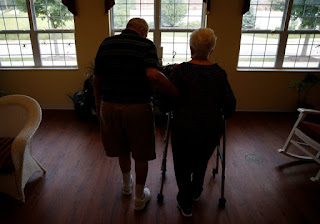 A report provides the most detailed look to date at the role of Assisted Living in Medicaid, one of the nation’s largest health care programs. Credit Nam Y. Huh/Associated Press

Animal Pak – Latest Offers: Discounts…
A Guide To Visiting Antigua, Guatemal…
NEWS: Busta 929 responds to claims of…
WASHINGTON — Federal investigators say they have found huge gaps in the regulation of Assisted Living Facilities, a shortfall that they say has potentially jeopardized the care of hundreds of thousands of people served by the booming industry.
The federal government lacks even basic information about the quality of assisted Living services provided to low-income people on Medicaid, the Government Accountability Office, a nonpartisan investigative arm of Congress, says in a report to be issued on Sunday.
Billions of dollars in government spending is flowing to the industry even as it operates under a patchwork of vague standards and limited supervision by federal and state authorities. States reported spending more than $10 billion a year in federal and state funds for assisted living services for more than 330,000 Medicaid beneficiaries, an average of more than $30,000 a person, the Government Accountability Office found in a survey of states.
States are supposed to keep track of cases involving the abuse, neglect, exploitation or unexplained death of Medicaid beneficiaries in assisted living facilities. But, the report said, more than half of the states were unable to provide information on the number or nature of such cases.
Just 22 states were able to provide data on “critical incidents — cases of potential or actual harm.” In one year, those states reported a total of more than 22,900 incidents, including the physical, emotional or sexual abuse of residents.
Many of those people are “particularly vulnerable,” the report said, like older adults and people with physical or intellectual disabilities. More than a third of residents are believed to have Alzheimer’s or other forms of dementia.
The report provides the most detailed look to date at the role of assisted living in Medicaid, one of the nation’s largest health care programs. Titled “Improved Federal Oversight of Beneficiary Health and Welfare Is Needed,” it grew out of a two-year study requested by a bipartisan group of four senators.
Assisted living communities are intended to be a bridge between living at home and living in a nursing home. Residents can live in apartments or houses, with a high degree of independence, but can still receive help managing their medications and performing daily activities like bathing, dressing and eating.
Nothing in the report disputes the fact that some assisted living facilities provide high-quality, compassionate care.
The National Center for Assisted Living, a trade group for providers, said states already had “a robust oversight system” to ensure proper care for residents. In the last two years, it said, several states, including California, Oregon, Rhode Island and Virginia, have adopted laws to enhance licensing requirements and penalties for poor performance. 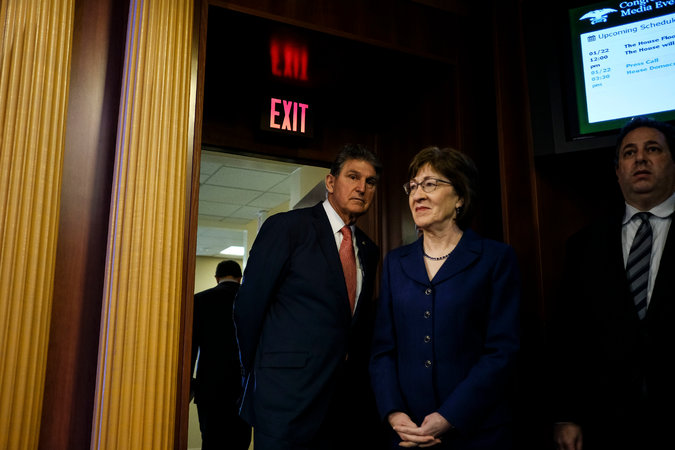 Senator Susan Collins of Maine was among the bipartisan group of senators who requested the government report. Credit Gabriella Demczuk for The New York Times
But the new report casts a harsh light on federal oversight, concluding that the Centers for Medicare and Medicaid Services has provided “unclear guidance” to states and done little to monitor their use of federal money for assisted living.
As a result, it said, the federal health care agency “cannot ensure states are meeting their commitments to protect the health and welfare of Medicaid beneficiaries receiving assisted living services, potentially jeopardizing their care.”
Congress has not established standards for assisted living facilities comparable to those for nursing homes. In 1987, Congress adopted a law that strengthened the protection of nursing home residents’ rights, imposed dozens of new requirements on homes and specified the services they must provide.
But assisted living facilities have largely escaped such scrutiny even though the Government Accountability Office says the demand for their services is likely to increase because of the aging of the population and increased life expectancy.
That potential has attracted investors. “Don’t miss out on the largest market growth in a generation!” says the website of an Arizona company, which adds that “residential assisted living is the explosive investment opportunity for the next 25 years.”
Carolyn Matthews, a spokeswoman for the company, the Residential Assisted Living Academy, said: “Unfortunately, there has been elderly abuse in this business. We are trying to change the industry so the elderly have better quality care and we are not warehousing them.”
The government report was requested by Senator Susan Collins of Maine, a Republican who is the chairwoman of the Special Committee on Aging; Senator Orrin G. Hatch of Utah, a Republican who is the chairman of the Finance Committee; and two Democratic senators, Claire McCaskill of Missouri and Elizabeth Warren of Massachusetts.
The Trump administration agreed with the auditors’ recommendation that federal officials should clarify the requirement for states to report on the abuse or neglect of people in assisted living facilities. The administration said it was studying whether additional reporting requirements might be needed.
“Although the federal government has comprehensive information on nursing homes providing Medicaid services, not much is known about Medicaid beneficiaries in assisted living facilities,” the report said.
Assisted living was not part of the original Medicaid program, but many states now cover it under waivers intended to encourage “home and community-based services” as an alternative to nursing homes and other institutions.
The report said that assisted living could potentially save money for Medicaid because it generally cost less than nursing home care. Under the most common type of waiver, Medicaid covers assisted living only for people who would be eligible for “an institutional level of care,” in a nursing home or hospital.

Full Article & Source:
U.S. Pays Billions for ‘Assisted Living,’ but What Does It Get?

U.S. Pays Billions for ‘Assisted Living,’ but What Does It Get?