Dog groomer Kari Falla knows just how much suffering a Severely Matted dog experiences, so when she saw photos of a desperate stray on a Facebook page for lost pets, she immediately volunteered to help.

How To Get Health Insurance Without A…
Importance of SEO to SC Businesses
The wallet, explorer, and exchange co…
What to wear: outfit ideas for Christ…
Online Massage Therapy Courses, are y…

A woman had discovered the dog on the side of the road and saved him from being hit by a car. Although it was midnight, Falla opened up her Oviedo, Florida shop, BGE Grooming to tend to the neglected pup. 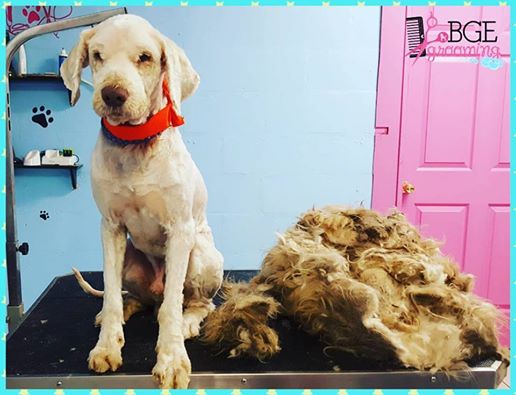 Rather than placing him in a cage overnight, the devoted animal lover immediately went to work freeing him from his filthy prison of matted hair despite the late hour.

“They arrived at my shop at midnight and it took three hours to groom him. A normal groom only takes an hour-and-a-half,” Falla told Inside Edition. “When a dog is matted that badly, it can cause its blood flow to stop as well as bruising to the dog.”

This post first appeared on ILoveDogsAndPuppies - The Better I Get To Know Men, please read the originial post: here
People also like
How To Get Health Insurance Without A Job
Importance of SEO to SC Businesses
The wallet, explorer, and exchange company is taking names for its…
What to wear: outfit ideas for Christmas & summer
Online Massage Therapy Courses, are you ready to start today?