Six-year-old Meghan Topping from Hollister, California is a natural when it comes to dogs. She was able to rescue a dog called Daisy with just one try, while the adults had been after the runaway pooch for months with absolutely no success at all. When asked how she did it, she just said, “I used all my experience with dogs.” 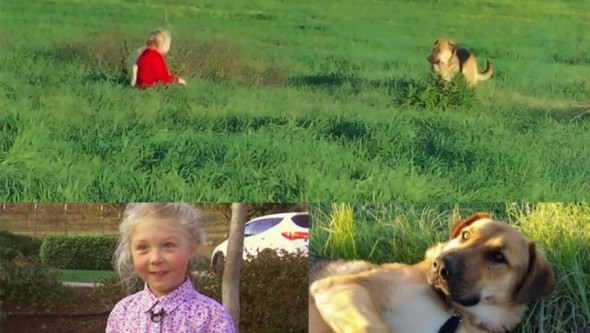 Six-year-old Meghan Topping from Hollister, California is a natural when it comes to dogs.  She was able to rescue a dog called Daisy with just one try, while the adults had been after the runaway pooch for months with absolutely no success at all.  When asked how she did it, she just said, “I used all my experience with dogs.” 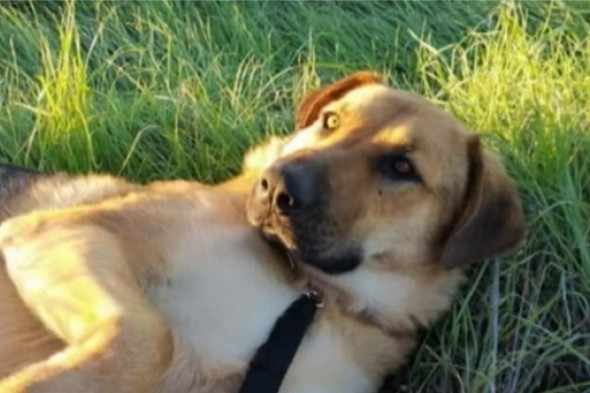 Barth did a bit of detective work and had discovered that before she was adopted to the family, she had spent time with a family that had a little girl with whom she became quite attached.  Barth thought that maybe the little girl could be what Daisy was missing, and that she would contact her family to pitch an idea.

She got in contact with the Topping family, and that’s when she met Meghan.  Meghan and her mother Karen are what some might call prolific when it comes to fostering and training dogs.  They have fostered and trained 75 dogs, all of them rescued, many of them feral.  They were helpful to a lot of dogs, but Daisy was special.

“Her bond with Meghan was uncanny,” said Karen Topping.

So, it was decided that Meghan would come out and see if just maybe she could get Daisy under control.  She and her mom drove to Hollister, and started searching for Daisy at the many usual sighting spots.  As fate would have it, Daisy was found rather quickly hanging out in one of her favorite open fields.

While her mom took video of the event, Meghan decided that she had to go this one alone.  She told her mom that she knew exactly what to do, but her mom and everyone else would have to hang back.  Otherwise, none of this was going to work.

“She (Daisy) told me,” said Meghan.  “Because you can talk to dogs in your brain.  She told me if Mom stayed in the truck, she would come to me and I believed it.” 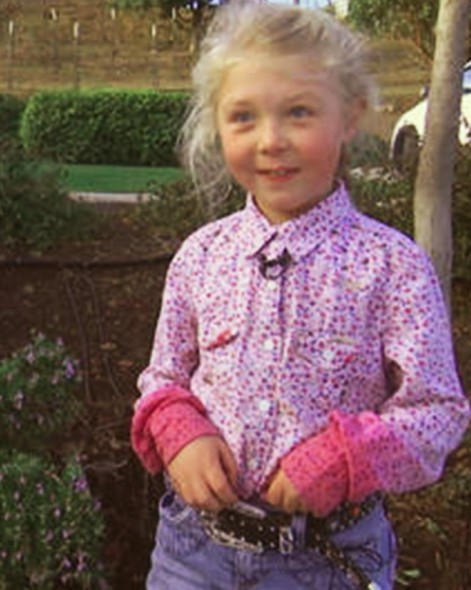 Meghan got out of her mom’s truck, and started to approach Daisy.  The dog almost didn’t seem to recognize her at first, seeming a bit pensive.  However, Meghan calmly walked towards the middle of the field and just sat down.  Once Daisy got a good look at who it was that just came over and sat down, she came right over to Meghan and was VERY happy to be reunited with her old friend.

After petting her for a bit, Meghan gets up and starts back to the truck.  She grabbed a leash, went back over to Daisy and just hooked her up.  It really was that simple.  Everyone watching was simply amazed at what little effort it took for Meghan to rescue Daisy, after others had been doing EVERYTHING they could for so long with no luck.

Daisy will not be going home with Meghan.  She said that their family loves every dog they help, but there are just so many other dogs that need the help, love and care that the Toppings provide, and Daisy does have a patient and loving family ready to welcome her back home.  However, Meghan did leave the door open should Daisy decide to go for an extended adventure again.  She said she’s always happy to help a dog in need whenever she can. 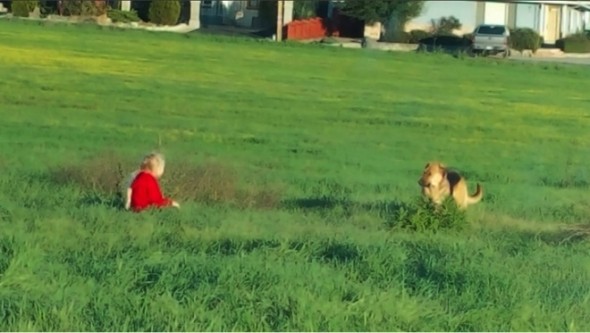 The post Six-Year-Old Dog Whisperer Rescues Dog That Adults Have Been Trying for MONTHS to Rescue appeared first on ILoveDogsAndPuppies.

The Comfort of Strangers

5 Ways to Add Life to Your Living Room