What Causes Acne? And How to Treat It 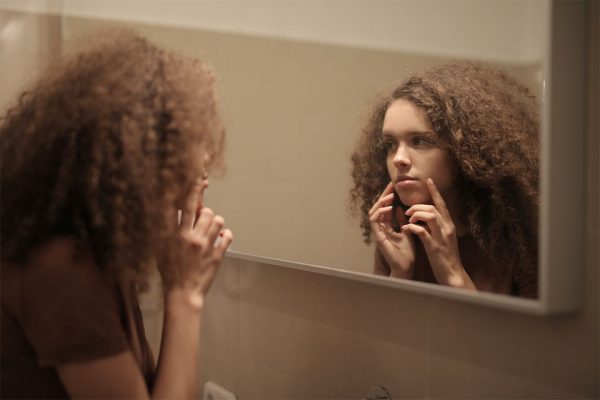 Acne Vulgaris is by far the most common Skin condition on the planet. Virtually everyone who lives to middle age will at one point in their lives have to deal with an unexplained breakout of pits, zits, papules or pimples. 80% of teenagers around the world and 10% of adults over the age of 25 are currently battling this condition as you read this.  And sometimes, the acne is often angry-looking enough to look swollen with pus and red lesions. It is not surprising that acne scar removal has gained a lot of traction in the dermatologist’s world in the past couple of decades. But the million dollar question remains, what causes acne?

A Balanced Response to Allen Gwinn
Why Are CBD Capsules Trending in the …
How to Tell if You Have Bed Bugs?
The Wonders of Pili Oil
Draped in Linen

Let’s attempt to explore this, shall we?

It Can Be Traced Back to Oily Foreheads and Puberty Changes

Adolescence, to most people, is a time of great upheaval and marked development ( both physical and emotional ) changes. But none of them has a more lasting impact on our complexion than the unexpected surge of hormones that we experience at this stage. The spiking androgen levels apparently trigger the Sebaceous Glands that are located next to the base of the hair follicles to go on an overdrive producing never-seen-before quantities of oil. This extra sebum acts as the breeding and nurturing ground of acne-causing p.acnes bacteria that is considered the root cause of inflammatory pustules and papules.

The same hormonal changes are the reason why women often experience more skin breakouts at certain times in their menstrual cycle than others. And considering that there are statistically more sebaceous glands on the back, chest, shoulders and forehead area, it is not surprising that these are often the areas that are mostly affected by the radioactive androgen levels during puberty.

Contrary to what most people are led to believe, not all acne and pimples are created equal. This is something that well-trained dermatologists and skin care specialists factor in their diagnosis and evaluation when crafting a solution for getting rid of the annoying zits.

For starters, there are different types of acne and each of them is brought about by equally contrasting factors. This includes;

There are several reasons your skin can develop inflamed pimples. One of the main ones in the clogging and blocking of the pores with a combination of dead skin and sebum. This can lead to inflammation and infection which tends to be more prevalent in some people than in others. The ideal treatment option attempts to explore why exactly the pores are periodically blocked. And this could be;

Your Overactive Sebaceous Glands are Causing the Clogged Pores

The glands that secrete sebum are often found just next to the skin pores and are responsible for producing oil that keeps our skin supple, moist and well-lubricated. Sebum also helps prevent disease-causing pathogens from gaining access to our internal ecosystem. These sebaceous glands are almost everywhere on the skin, with them being more concentrated on the scalp, forehead, chest and back than anywhere else in the body.

As you can see, sebum plays an integral role in the maintenance of your skin’s good health. It only becomes problematic when the dead skin cells, that are regularly shed from the outer layers of the skin, mix with the sticky sebum and plug the hair follicles and pores. This creates an ideal environment for the flourishing of p.acnes bacteria.

When the shed skin cells and subem conglomerate and plug skin pores, the ensuing collection encourages the growth and proliferation of p.acnes bacteria. The multiplication of this slow-growing microorganism ultimately results in inflammation that is typically manifested as pimples and nodular acne.

It is important to note that the propionibacterium acnes exists majorly as one of the numerous harmless bacteria on our skin’s microbiome. However, when the conditions are just right, it can reproduce rapidly and in an unregulated fashion and overwhelm the checks and balances that are put in place to keep it unproblematic. It can, for instance, feed off the sebum produced by the sebaceous glands while excreting a substance that triggers an immune response. This immune response ordinarily manifests as zits and bits of inflammation.

There are Risk Factors Behind Papules Acne Breakouts

There are reasons why some people tend to be more prone to breakouts than others. A lot of that can be saddled upon genetic factors and hormonal fluctuations. There are, nonetheless, many other risk factors such as;

Is Acne Genetic? Exploring the Balance of Bad and Good Bacteria

Just like in the gut, science has unearthed that there are also ‘good’ and ‘bad’ bacteria on our skins too. Those with healthy skins and clear complexions tend to have more good bacteria than bad strains compared to those with perpetually problematic skin. This can also mean that there are certain variants of bacteria whose population determines the frequency and severity of your breakouts. Besides, the research can be interpreted to conclude that the bacteria present on our skin interacts with a variety of several factors such as sebum and hormonal levels to trigger breakouts.

Yeast infections can also cause acne, especially body and butt acne. Pityrosporum, for example, can trigger a particularly nasty and itchy eruption of rounded pimples that are mostly seen on the shoulders, butt area, upper back and the chest. Many people unknowingly harbour this strain of yeast on their skin, only that our body’s immune function restricts their multiplication to unhealthy levels.

Nonetheless, these checks and balances sometimes fail due to a number of reasons and the yeast multiplies haphazardly to trigger a breakout. Sweaty environments, humidity, use of the wrong skin care products do not help matters either.

Your Diet Could be Causing Whiteheads

Your diet has a direct impact on the condition of your skin, what you eat on a daily or weekly basis plays an integral role in the state of your complexion. Excess milk consumption, for instance, has been for long associated with various types of acne. It could be that dairy causes a surge of hormones whose cumulative effect results in poor skin.

Besides, foods with a high glycemic load such as cakes, processed goods, sodas, candies etc, are likely to cause acne since they directly impact your androgen and insulin levels. This is why it is imperative to cut back on simple carbs and sugars and instead consume more healthy fats, whole grains, fresh fruits and vegetables if you want to keep acne away.

There is no denying that the exact cause of acne is yet to be conclusively determined. What we do have, however, is a number of risk factors that accelerate and precipitate the chances of suffering from problematic skin. By simply taking care of these, you are one step closer to clear skin and a gorgeous complexion.

The post What Causes Acne? And How to Treat It appeared first on MoneyMiniBlog.

This post first appeared on Money And Productivity​. Short, ​Sweet & ​Si, please read the originial post: here
People also like
A Balanced Response to Allen Gwinn
Why Are CBD Capsules Trending in the USA?
How to Tell if You Have Bed Bugs?
The Wonders of Pili Oil
Draped in Linen
How To Run a Beauty Salon And Not Lose Your Own Beauty
ازالة الجلد الميت حول الأظافر

What Causes Acne? And How to Treat It