This month’s inspirational issue of Storytime is all about being clever and creative. Each story is about someone who makes something new or comes up with original solutions.

Stories about clever ‘trickster’ animals are favourites around the world, and The Rabbit and the King of Beasts is a fine example! Artist Mike Bonales illustrates this Native American tale about the plucky rabbit’s attempts to escape the feathery and ferocious King of the Beasts, using his wits rather than his strength. Perhaps we can all learn something from this clever bunny?

It’s Me – Chapter 11
Branding 101: From Bingo to Bedroom D…
Batman vs The Predator I An fine exam…
History Of BrÜmate And Where to Buy B…
A Brief Opinionated Overview of NIST’… 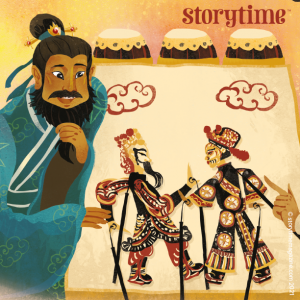 In Shadow Puppets, the emperor of China is heartbroken when he loses his wife. One of his advisors comes up with a brilliant idea: using shadow-puppets to tell stories that remind the emperor of his beloved. It’s a beautiful and heartfelt story, made all the more touching by Pham Quang Phuc’s lovely art.

The princess in The Frog’s Choir has a particular problem with noisy frogs in her garden – but rather than getting mad, she comes up with a smart musical solution! Giorgia Broseghini has great fun capturing the princess and the green amphibians in her colourful art. Could we take inspiration from the princess when it comes to solving the problem of noisy neighbours? 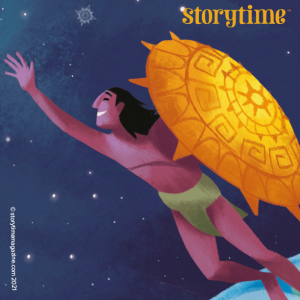 The hero of Aztec legend The Creation of the Sun faces a rather bigger problem than noisy frogs. Evil spirits have extinguished the sun, bringing to an eternal night and winter to the world. He goes on a great quest to create a new sun! The illustrations are by the redoubtable Guilherme Franco, who really does justice to the epic adventure.

Not all clever ideas work out as intended! A colourful and creative teacher finds this out when she uses her experimental fertiliser on a class garden in The Peabody Experiment. Sara Mauri’s pictures capture the chaos that follows – we won’t spoil the surprise, but it does involve a lot of pumpkins… 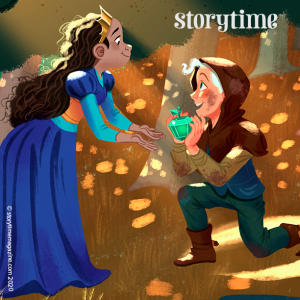 Horses often feature in fairy tales, most often as mounts for the hero or heroine. The Magician’s Horse is somewhat unusual because it stars a resourceful stallion who comes up with a clever plan to escape from a wicked sorcerer. The art by Romanovsky Diaz brings the characters to life in colourful fashion

Our Awesome Adventures tale for this issue about one of the greatest artists and inventors of all time. The World According to Leo is about the childhood of Leonardo da Vinci, who created art and inventions that still amaze us today. Alberto Badalamenti take us to Italy in this fun and inspiring tale.

Being creative doesn’t always lead to a happy ending, of course! Elena Aiello had a great time illustrating our fable, The Grasshopper and the Owl, about an insect who thinks he is a musical genius. Not everyone agrees, though… but you will have to read it to find out what happens!

Have any tales inspired you to come up with new ideas or solutions to problems? We are not short of tales to inspire you, so keep reading everyone!