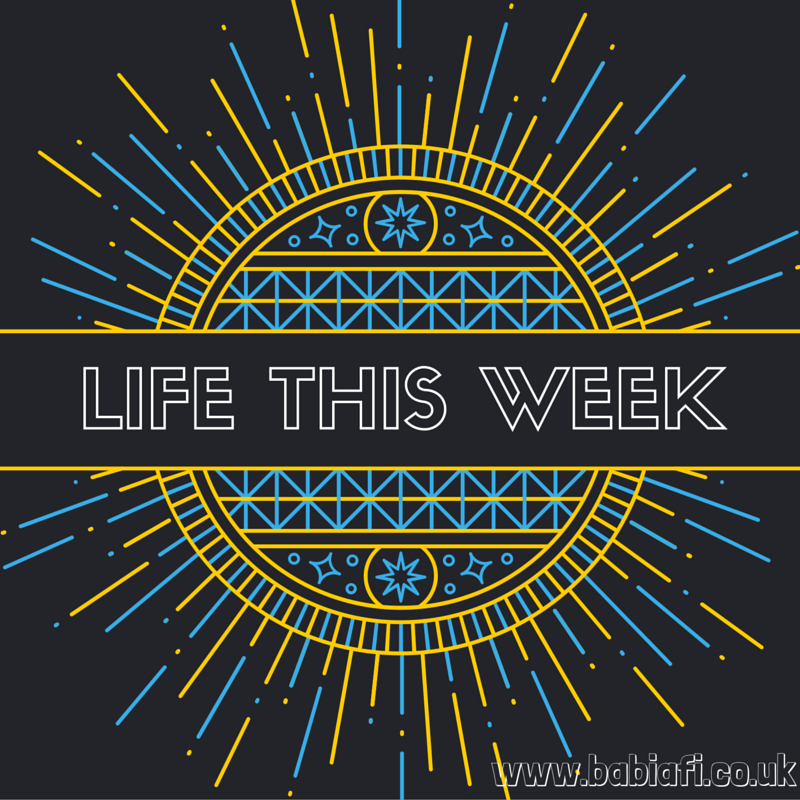 We've been starting to get back to normal this week. On Monday I had a Labour group meeting at the Community Council and it was nice just to get out in the fresh (if cold) air and walk there and back. Tuesday saw the usual chores, food shopping, and then I took Marianna to her check-up with the physiotherapist. They were really pleased with her progress since the last one; she's started rolling, crawling and trying to stand over the last few weeks, putting her just within the normal range. She hasn't been diagnosed with hypermobility or anything, but is massively flexible, so they've recommended getting her to kneel as much as possible to help her control her legs. It probably doesn't help that she's so tall for her age - there is a lot of leg to get to grips with!

Wednesday was Community Council proper, and on Friday we went out for the afternoon to look around our local discount stores. (Luckily) there wasn't much about and I spent less than £10. When we were in B&M we did see a mattress fall on this poor woman who was just walking past! We went and got the staff, etc, but I hope she was okay - she was walking with a stick to start with, and didn't look good at all.

Other than that this week has been about starting the new healthy living regime. It's been really hard work, but I did my mini workout DVD six times this week and stuck to the diet. I'm not weighing 'officially' until the end of the month, but I did have a sneaky stand on the scales yesterday and it looks like it is paying off. Wish me luck for this week coming!

☆ READING: The second ever issue of Photo-Love magazine, from April 1979.
☆ WRITING: The next installment in my 'The Fic Writer's Guide to Britain' Series, Money and Class.
☆ WATCHING: Tattoo Fixers on Channel 4. I love watching the transformations from 'disaster-piece to masterpiece'.

Quick Tips To Talk Yourself Down From…
I was nervous about switching therapi…
نباتات الظل المتسلقة وطرق العناية بها
You Say Covid-19, I Say Hangar 18!
☆ LISTENING: The Dark Morris Song by Steeleye Span. Anthony always complained about me playing Steeleye Span until he discovered their Wintersmith album, based on Terry Pratchett's Discworld. Now he's a fan too, so we were both gutted to find out we had missed them play Abergavenny recently.
☆ WEARING: My wrist weights!
☆ EATING: Salad.
☆ REVIEWING: Childs Farm toiletries and Felicity Price Miniatures.

The new Tots100 scores were released this week and I went up 148 places to #368. This means I get a swanky 'Top 500' badge for my sidebar. Next goal, Top 250! In addition to posts already mentioned, I've blogged about How to Set Up a Custom 404 Error Page and written various guest posts for other blogs. The first one, for Danny UK's Bearded Backchat series, is going live at 6pm - check it out at DannyUK. :)

"The best preparation for tomorrow is doing your best today."