What I've Read This Month + Giveaway

Tags: rating starsfiction
February 5th 2016
View original
A more accurate title would have been 'What I've Reviewed on Goodreads This Month', but it didn't have quite the same ring about it. Please scroll to the bottom of the post for the giveaway. 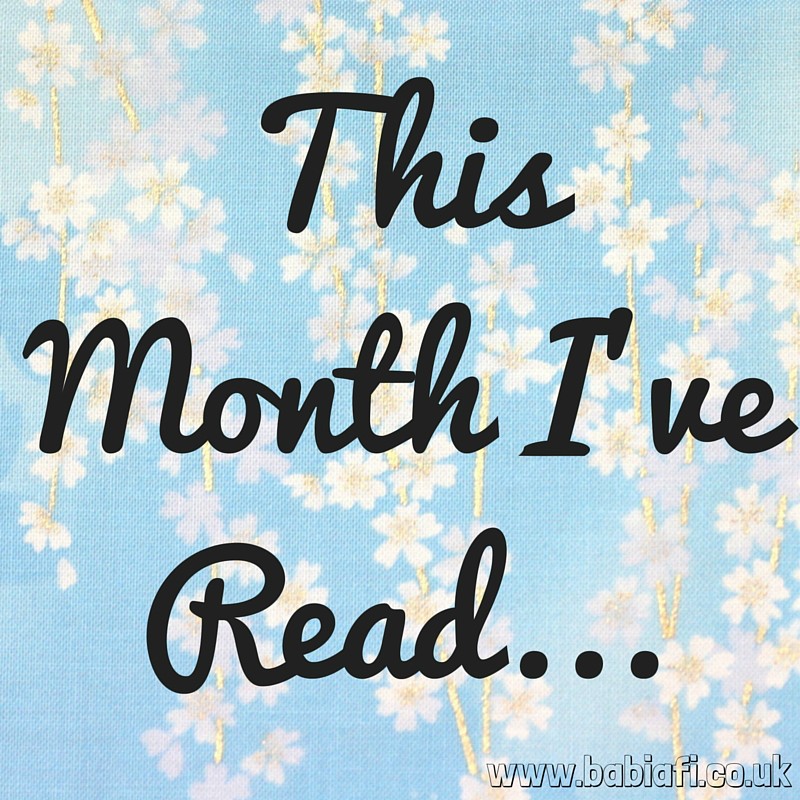 The Career of Katherine Bush by Elinor Glyn
My rating: 1 of 5 stars

Fiction, 1912. The class ideology in this one is ridiculous, and the pacing isn't much better. It's hard to get behind a main character who isn't very likable, which just made the whole thing even more of an uphill slog.

Miss Million's Maid: A Romance of Love and Fortune by Berta Ruck
My rating: 2 of 5 stars

Fiction, 1915. This is a fun idea, with the mistress becoming the maid and vice versa, but the execution falls a bit flat. I found the action dragged a little, and the jingoism towards the end really began to grate for me.

Non-Fiction, 2013. Short biographies of the 'big 6' members of the 27 Club with a particular focus on Amy Winehouse. I hadn't read anything about it before and found it a great introduction to the topic, without turning into a full biography of any single artist. 4 stars because of some inaccuracies, but overall an enjoyable and interesting read.

Mummy Makes Milk by Helen McGonigal
My rating: 5 of 5 stars

Fiction, 2015. A lovely way to introduce the topic of breastfeeding to a child. Archie's baby sister Ella comes home from the hospital and won't stop crying - at least not until Mummy sits down with her for a feed. This short story covers all the big questions (What is breast milk? Why does the baby want it? What will they drink afterwards? Will it take up all of mum's time? Etc.), and the illustrations are absolutely fab with bold patterns and bright colours. Highly recommended!

An Eagle in the Snow by Michael Morpurgo
My rating: 5 of 5 stars

Fiction, 2015. Lovely book, great illustrations, and an interesting way to present history to children - would be brilliant for beginning discussion about topics like war, refugees, and morality too. I particularly liked that there was a biographical section at the end, to help children make their own minds up about the truth (or otherwise) of the stranger's story.

Ufo Wales by David L. Richards
My rating: 4 of 5 stars

Non-Fiction, 2013. A great introduction to the big Welsh cases, along with lots of information on minor sightings across the country. Plus a really enjoyable read! My only quibble is that it could have used a tighter SPAG edit.

The Best of Benn by Tony Benn
My rating: 4 of 5 stars

Non-Fiction, 2014. Not as much fun as the diaries, but still a great introduction to Benn's writing.

Fiction, 1900. Poor Flo wants nothing more than to see the fancy Ladies on Regent Street. Instead she gets to spend her days in a cellar, cobbling old shoes. Her only solace is her little half starved dog, Scamp. Still, when her brother Dick and his mate Jenks get in a scrape, it seems things might be about to improve for this child of poverty.... Very Victorian, with a heavy focus on the wonders of religion and morality, but enjoyable all the same. I won't spoil the ending, but I did cry!

Fiction, 1905. Rachel, AKA Dumps, is a plain girl. And her two younger brothers make sure she knows it. Her father doesn't notice her much at all, and the three of them are neglected and often hungry until he remarries. Can Dumps accept a new woman in her long departed mother's place?

This one is unusual of the L.T. Meade stories I've read in that it's told in first person. Like many of her books, it does suffer from the rushed ending, but is a light, enjoyable read all the same.

Shocking True Story: The Rise and Fall of Confidential, "America's Most Scandalous Scandal Magazine" by Henry E. Scott
My rating: 4 of 5 stars

Non-Fiction, 2010. Great introduction to Confidential, one of the first true gossip magazines. The book covers Confidential's rise to success, with examples of the type of stories it ran, and then its demise in the midst of lawsuits. Very interesting!

For more on the history of Confidential, I've blogged about it and this book in more detail at: http://www.babiafi.co.uk/2015/11/confidential.html.

Fiction, 2009. My baby daughter is obsessed with Rainbow so it was great to find something aimed at the adults. It's good fun, but I couldn't help feel disappointed that the fake expose didn't follow the facts of the show (George didn't join 'til later...).

Beyond the Rocks by Elinor Glyn
My rating: 4 of 5 stars

Fiction, 1906. Light period romance by one of the era's best selling novelists. Completely predictable, but no less enjoyable for it.

Non-Fiction, 1988. Amazing peek into one of the world's premier doll's houses. If you're a fan of miniatures, I highly recommend!

Non-Fiction, 2009. Great look back at 1980s fabric patterns. Some awesome - and some not so awesome!

The Yowie: In Search of Australia's Bigfoot by Tony Healy
My rating: 5 of 5 stars

Non-Fiction, 2006. I read about the yowie in something else and went searching for something more in depth - I'm so glad I did! There is a great warmth and humour to this book, which will make it a fun read no matter where you are on the belief spectrum. Even better is the exhaustive research and compelling eye witness accounts presented. I went from knowing next to nothing about the yowie to a dubious believer.

Saucy Postcards: The Bamforth Collection by Marcus Hearn
My rating: 5 of 5 stars

Non-Fiction, 2013. I loved this! I saw it in The Works and couldn't resist - it's a snapshot into the past, and some of the corny jokes, at least, are sure to raise a smile.

Mister Cleghorn’s Seal by Judith Kerr
My rating: 5 of 5 stars

Fiction, 2015. This is a super sweet story about a man who rescues a seal cub - and a whole zoo in the process! The illustrations are lovely, and you can't help but be charmed by the tale, no matter how old you are.

The Girls of the True Blue by L.T. Meade
My rating: 4 of 5 stars

Fiction, 1901. Nan's mother dies, leaving her a poor little orphan. Luckily, a close friend of her mother, who feels there is never enough she can do to repay the woman for her historical kindness, takes Nan in. Everything is going perfectly, with Nan settling in as the third daughter of the household, until the girls' cousin turns up and sets about making Nan's life a misery.

It's a typical example of Meade's stories for her younger readers, with heavy focus on life lessons and morality. It's enjoyable all the same, and the precocious little cousin makes a perfect villain. Everything is resolved at the end, of course, in true Meade style (rushed together, but still satisfyingly enough you can't bring yourself to hold it against her).

Fiction, 2014. We've got the Welsh bilingual version and it's completely adorable. The illustrations are bright and fun, and my toddler loves lifting the flaps to find the animals - especially on the last page where you lift up mummy pig to find her 'moch bach bywiog' (cheeky piglets). :)

Downton Abbey: Rules for Household Staff by Justyn Barnes
My rating: 5 of 5 stars

Non-Fiction, 2014. This is a great insight into the daily life of those serving in large households - some of the expectations seem ludicrous to modern eyes, and the notes from Carson are a really fun touch.

His Grandfather's Watch by N.R. Walker
My rating: 5 of 5 stars

Fiction, 2012. Sweet modern day gay romance followed by the most bitter sweet tale of the titular grandfather's ill-fated relationship at the outbreak of WW2. I cried, which only made me love it more!

The St. Neots Poisoning Case by Julia Joyce
My rating: 5 of 5 stars

Non-Fiction, 2014. Very detailed, well researched account of a man who may well have been a serial poisoner, and the woman whose murder he was eventually hanged for. I really enjoyed following the twists and turns of the court case, and would highly recommend to fellow true crime fans.

View all my reviews 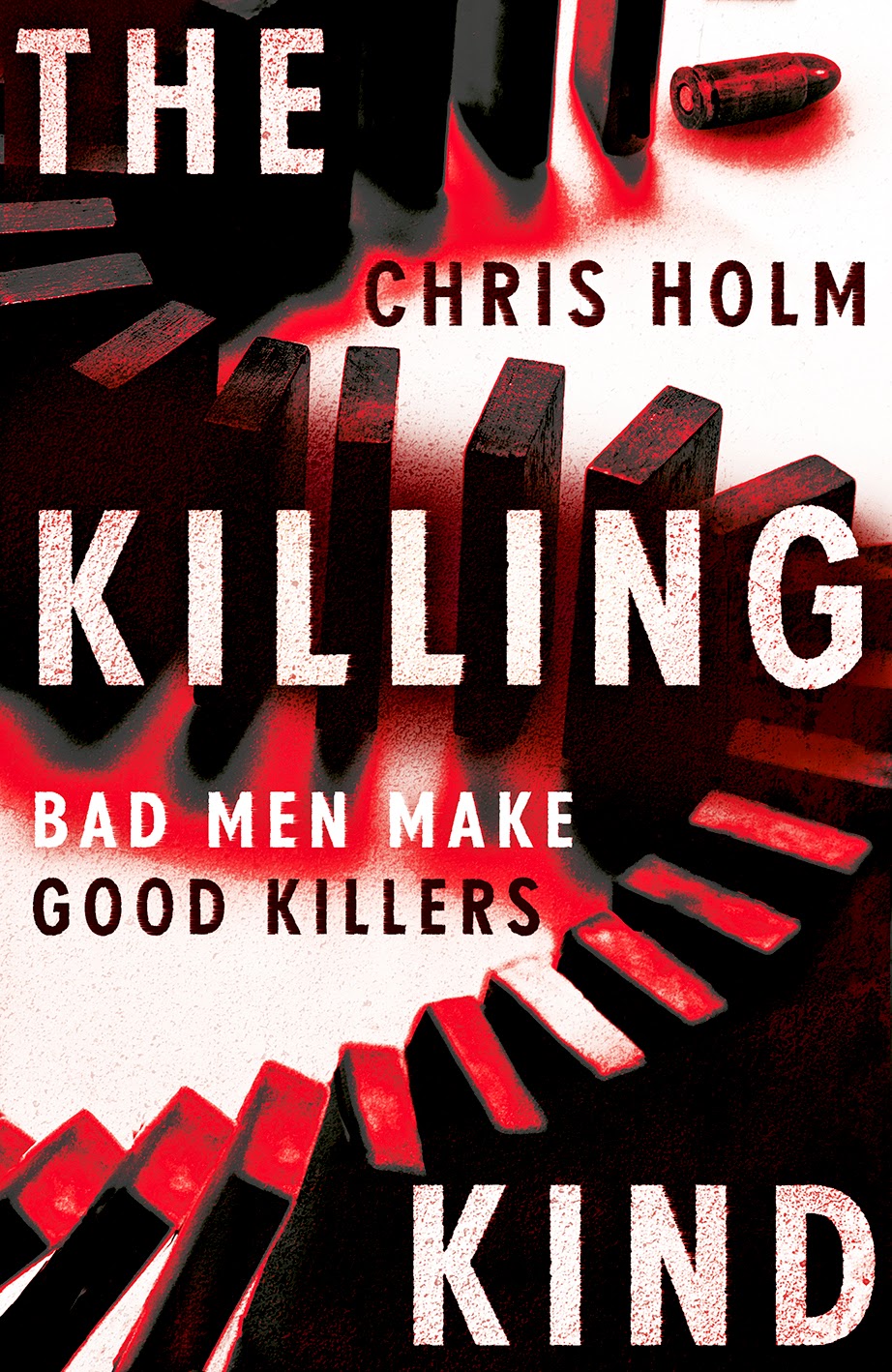 I haven't got around to this one yet, but I have a few copies so figured I would offer one to my readers. The blurb reads:

Michael Hendricks kills people for money. That aside, he’s not so bad a guy. Once a covert operative for a false-flag unit of the U.S. military, Hendricks was presumed dead after a mission in Afghanistan went sideways. He left behind his old life - and beloved fiancée - and set out on a path of redemption... or perhaps one of willful self-destruction. Now Hendricks makes his living as a hitman entrepreneur of sorts: he only hits other hitmen. For ten times the price on your head, he’ll make sure whoever’s coming to kill you winds up in the ground instead. Not a bad way for a guy with his skill-set to make a living - but a great way to make himself a target.

best fruits for weight loss - best fr…
Homemade No Churn Raspberry Ice Cream
Joe Exotic Slot – Red Tiger Gaming
You can get up to five entries by filling out the Gleam form below.

What I've Read This Month + Giveaway