How to get a much-needed rest at Animal Kingdom

Being the largest park in Walt Disney World at 500 acres you can understand why you might want a rest at some point during your trip to Animal Kingdom. There's lots to see and so much walking that it's going to be a tiring day but below you'll find some tips on how to get that much-needed rest.


That’s the real trouble with the world. Too many people grow up.

Inside the Tree of Life - which you need to check out because it is amazing! -  Flik (from the movie A Bug's Life) invites you to see the world from a bug's point of view in It's Tough to be a Bug. With your special "bug eye" glasses (3D) you'll see spiders, termites, and stink bugs during the show. You'll learn about the bugs as well as getting to meet a few of Flik's friends. It's Tough to be a Bug can get a little scary for the little ones, be aware that there will be screams from the crowd - perhaps hold their hand to reassure them. When both BP and LP were little they didn't like how loud the show was, but this is the case for all shows throughout Walt Disney World - really I think it was more that the screaming bothered them and that it is dark when the show is on. 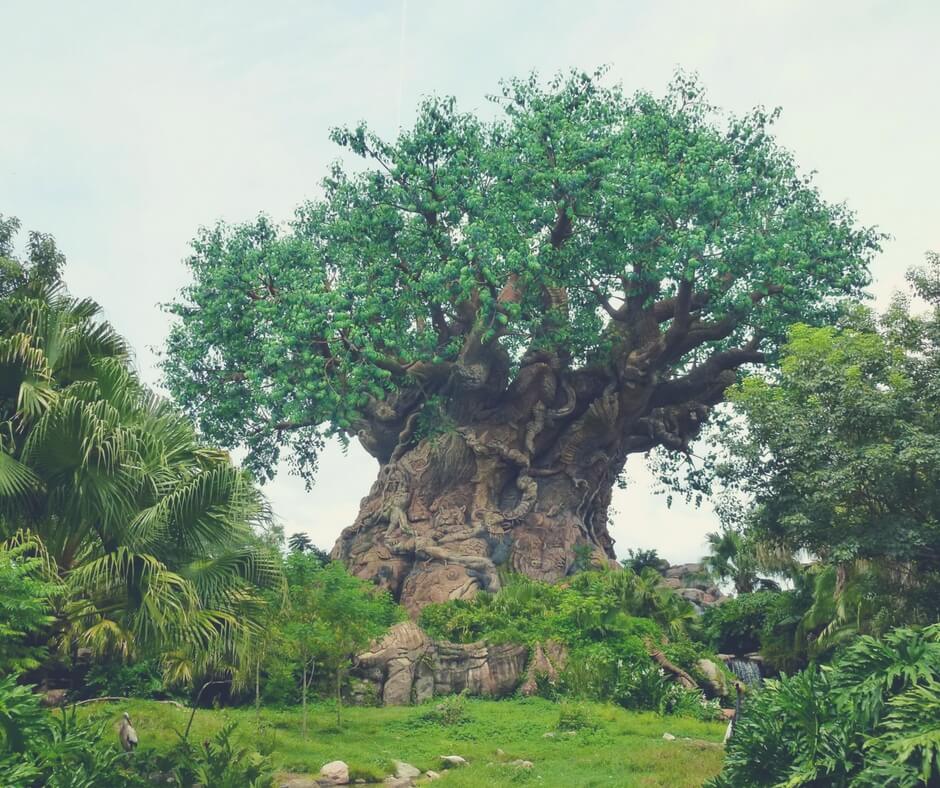 Now the boys are a little older we love the show, it's a great opportunity to sit down after all the walking around. I can't remember there ever being a huge queue for this but I do remember that you have to wait a while inside the Tree of Life so be prepared for some waiting. 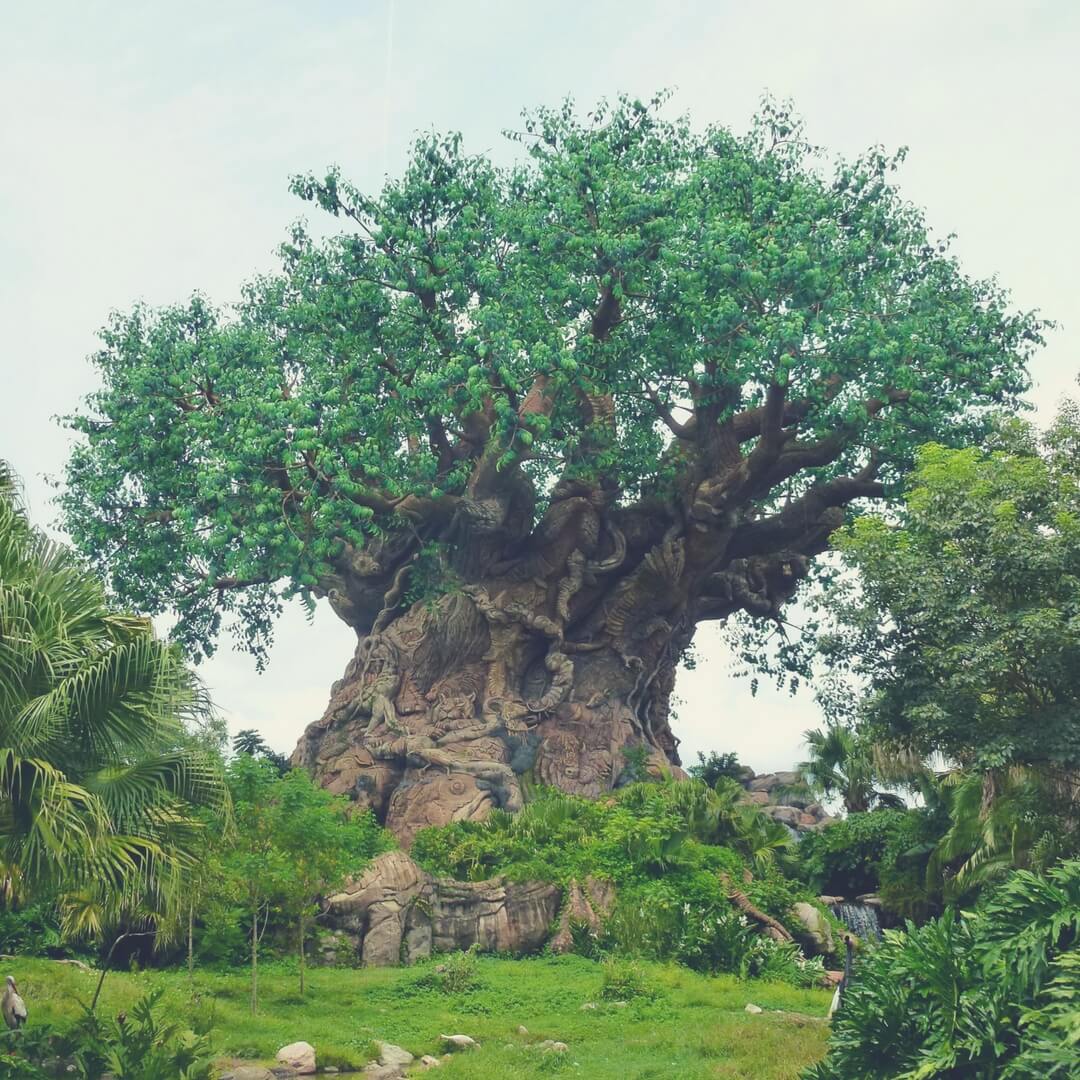 Take a safari across the Harambe Wildlife Reserve and spend 18 minutes looking out for animals in their natural habitat. The 110 acre reserve is a sanctuary dedicated to protecting African animals. Now it's not what you would call a comfortable rest - riding in the Safari truck can get quite bumpy at times (not recommended for people with back issues), but you are sitting down and you get to see some truly beautiful animals. Your guide (on Kilimanjaro Safaris) and truck driver is sure to point out the most interesting animals and he or she will give you information on the animals to, telling you stories of when they were born or brought to the Reserve. Make sure you have your camera at the ready on your safari because you never know when you'll spy an animal, these animals roam free and have been known to stop the safari truck from being able to move! On the safari you'll likely see crocodiles, gazelles, zebras, and be sure to keep an eye out for the baby hippo! 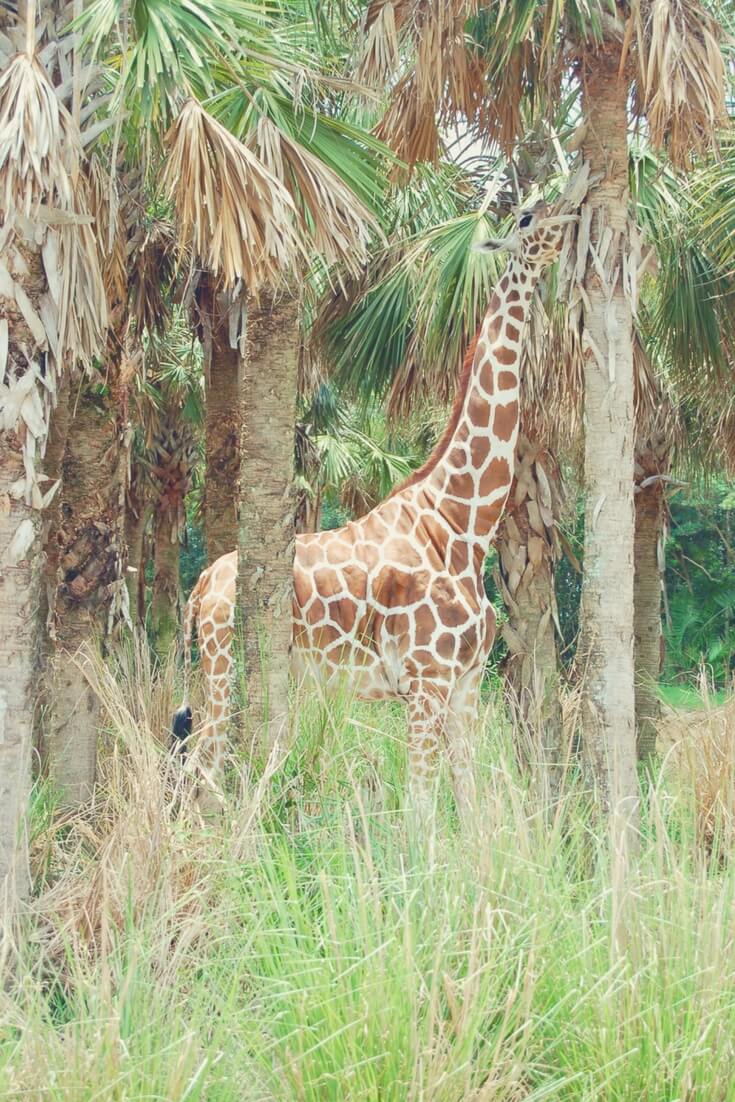 You can now take a tour at night too! This is new since I last visited and we'll be sure to try it out when we visit later this year. 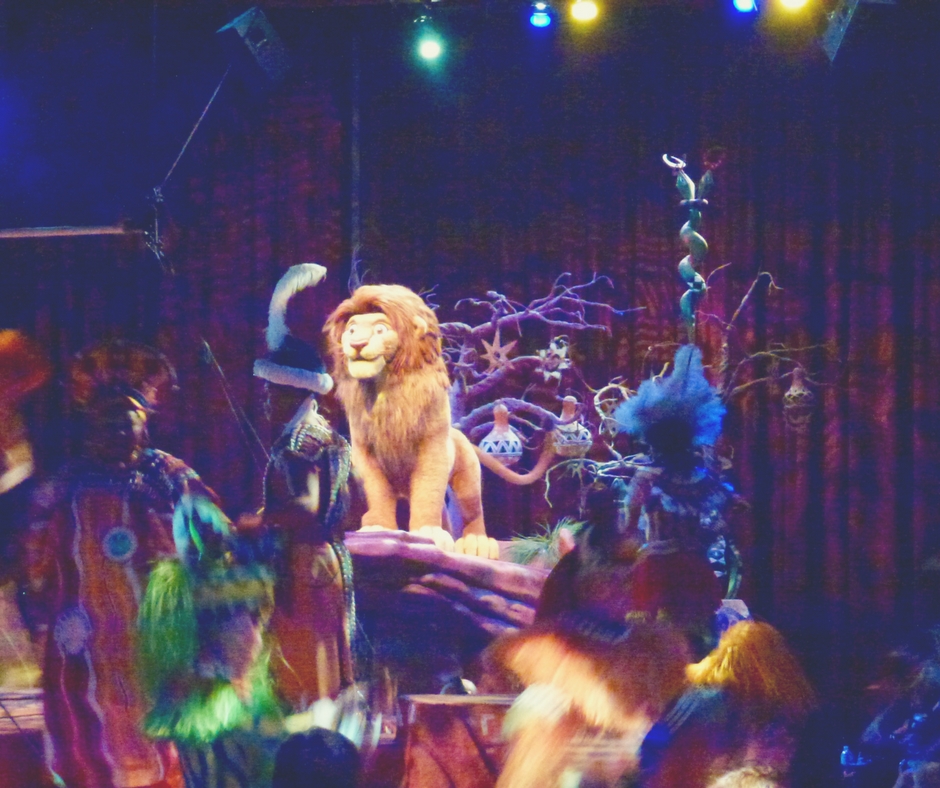 If you're in need of a longer sit down try Festival of the Lion King, a 30 minute musical show that includes puppetry and songs from the movie. Timon leads everyone in the song "Hakuna Matata", Scar sings "Be Prepared" and more, so if you know the movie songs you'll be able to sing along. By the time it's finished you'll feel like one of the tribe.


What’s a motto? Nothing, what’s the motto with you?

Simba and Timon, The Lion King 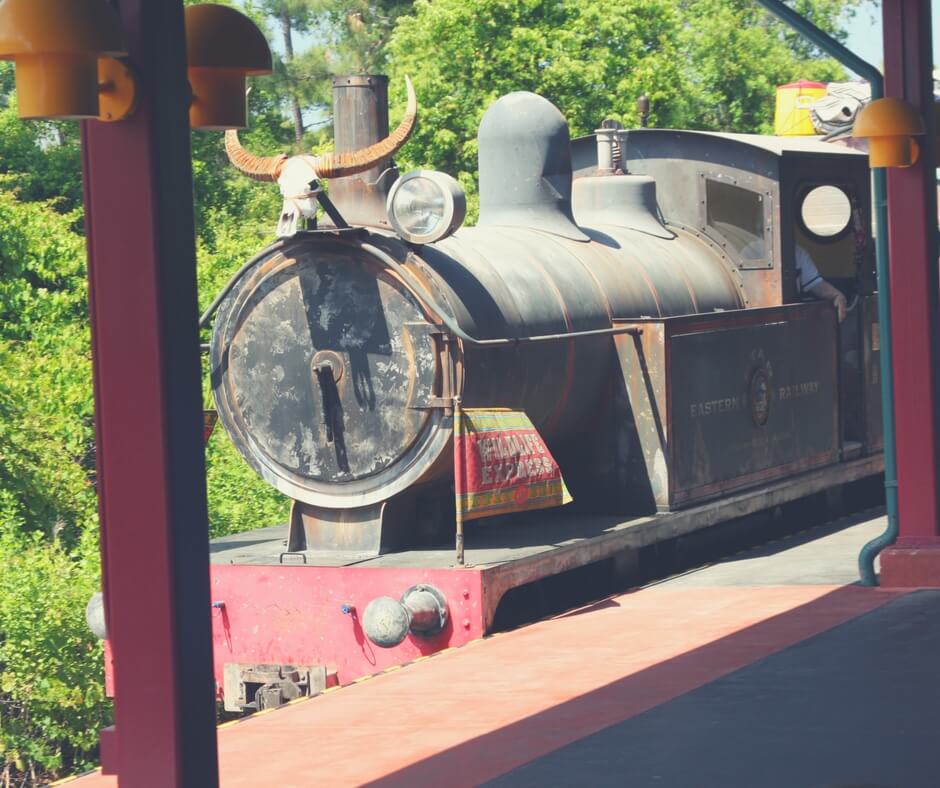 Be sure to hop on the Wildlife Express Train which takes you on a 7 minute 1.2 mile journey to Rafiki's Planet Watch - an area of the park dedicated to the preservation and conservation of animals. While on the train you'll see animal housing for rhinos, elephants, and other animals. It's not quite a 20 minute rest but given that Animal Kingdom is all about the walking (there's lots to see) even a 7 minute sit down is welcome.
A new show, that we haven't seen yet, is Rivers of Light. As far as I can gather it's a 15 minute show, but without seeing it I can't tell you what I think - but look out for an update later in the year.

An absolute must-see is Finding Nemo - The Musical, a 40 minute musical version of the movie. Watch puppets brought to life, amazing dance techniques, and truly wonderful voice talent. Finding Nemo - The Musical contains new music and songs, and you'll find yourself singing along with the fish as they swim around on stage. It is one of the BEST shows you could possibly see in Walt Disney World (in my opinion) and you get to sit down for a long time too! 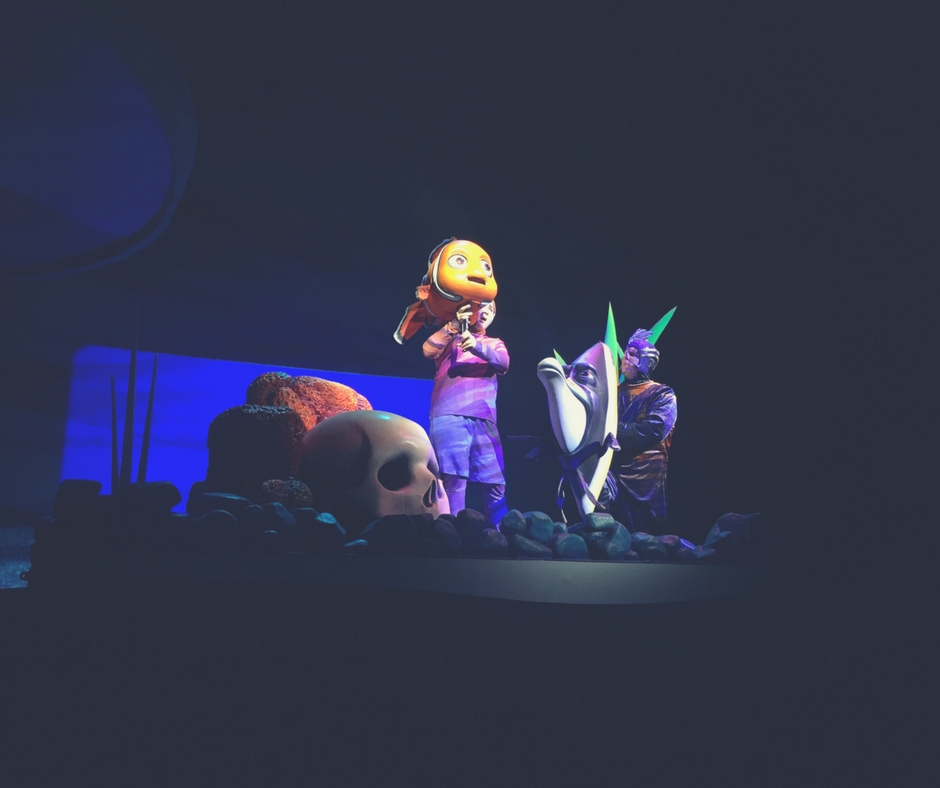 We really enjoyed Finding Nemo - The Musical, it was a lot better than I was expecting and watching the actors use the puppets and sing as well was awe-inspiring. You soon forget that there are actors moving the puppets as you watch the show, it's almost like the fish - and especially Crush the Turtle - are actually there, singing. I cannot wait to go and see this show again.
When you visit Animal Kingdom be prepared for lots of walking, there are trails where you get to see Tigers, trails where birds fly about your head, and areas where you can actually touch the animals. The few things at the park that allow you to have a rest can get busy so be sure to check times for shows and get there early, and don't forget to book your Fastpass+ if possible! 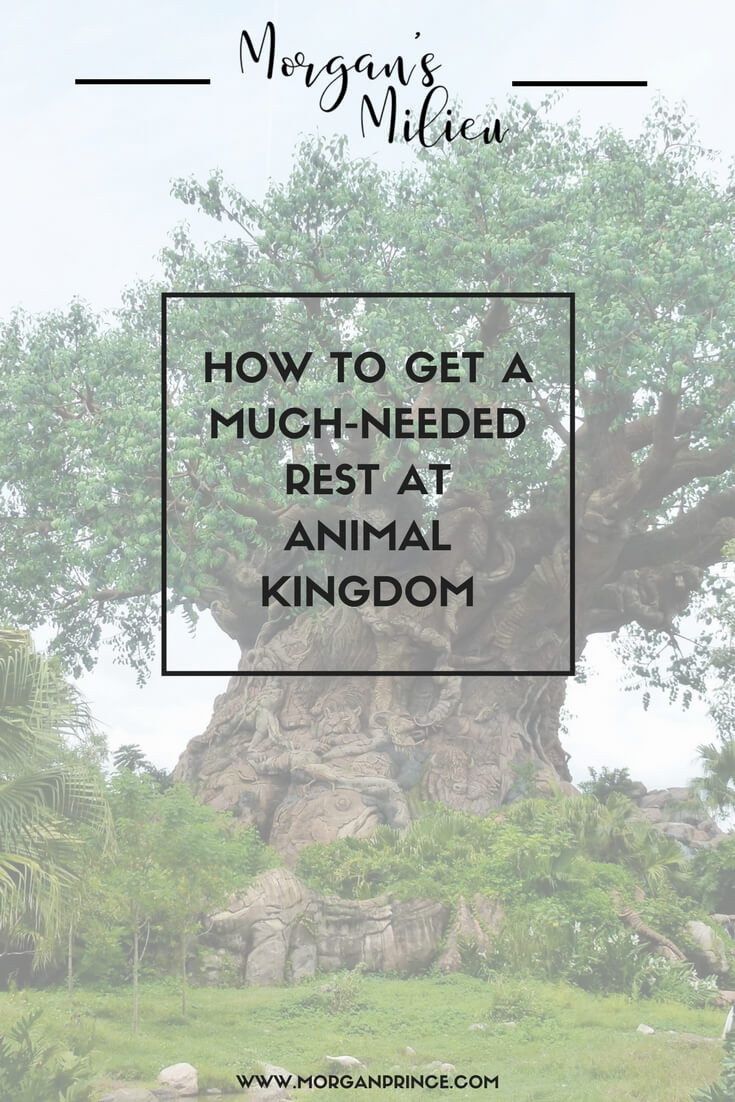 Which rest do you like the sound of most?


This post first appeared on Morgan's Milieu, please read the originial post: here
People also like
how to control your thoughts - lovelcute
71% of parents in Saudi Arabia are on Snapchat
Burrow Has The Perfect Pillow For Every Person In Your House
Easy Pet Rocks Craft Idea For Kids
15 Sites like Shein to buy women clothes
Reviews 66 The Collegium Chronicles Novels of Valdemar by Mercedes Lackey
How to Avoid Forex Scams
The Usage of Symbolism in Essay Writing
How to Tell if You Have Bed Bugs?
New NVIDIA GeForce Driver Adds Outriders Support and Reflex For Rainbow Six Siege
Keeping in Touch – Chapter 1
The Camel Appreciation Society (TCAS)
“The Friend Who May Not Seem a Friend”: The Cat and the Fire, Part 1 of 3
Emerging Medical Technologies That Will Improve Healthcare

How to get a much-needed rest at Animal Kingdom