Police Rescue Toddler Who Got Stuck In Activity Cube Toy

The inquisitive nature of a child sometimes gets them into some unexpected situations. In the past, we have seen many kids get stuck in the claw machines and other odd places as they search for something they want.

Earlier this week one New Jersey toddler landed himself in some trouble when half of his body got stuck in an Activity Cube, forcing his mother to call the police for help. 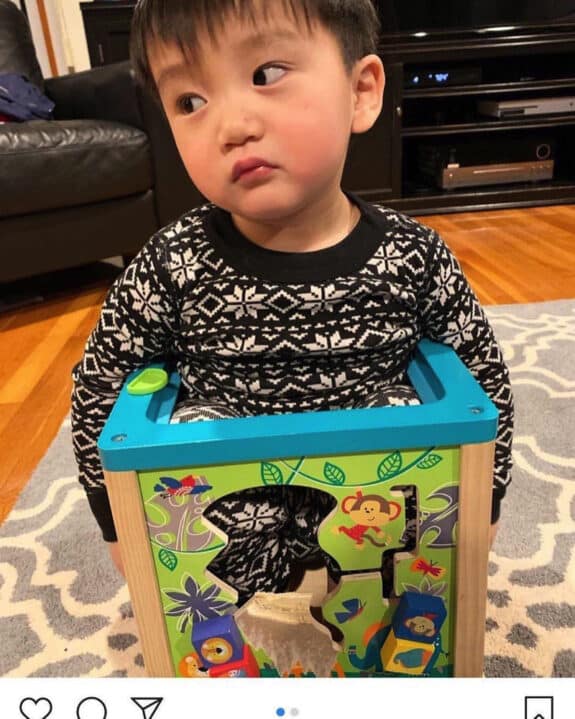 On Jan. 22, Soona Choe of Fort Lee found her son, Luca, trapped inside one of his toys. Luca climbed inside the cube, wedging his legs and knees inside, effectively, trapping himself.

“When I got there his expression was just priceless, he had this face on like ‘yeah, I did it’. It was pretty cute,” Sergeant Rick Hernandez said.

The jaws of life were on the way to the home, but they didn’t end up needing them

Because the toy didn’t have regular screws, he ended up breaking it open with his hands to finally free the toddler.

“I was like thank goodness, I was so happy,” Soona said.

She plans to keep the cube so she can remind Luca of that time he got stuck in a toy. Wedding slideshow anyone?

The post Police Rescue Toddler Who Got Stuck In Activity Cube Toy appeared first on Growing Your Baby.

Police Rescue Toddler Who Got Stuck In Activity Cube Toy