Out for a bike ride round the Greenwich peninsula last weekend we saw some people drinking at tables next to a warehouse on the riverside at Morden Wharf. So of course we stopped to investigate and had a quick drink - just one, hey we were cycling.

How to Start Your Own Brewery
10 car-free trips to inspiring eco-fr…
Interview with the comic book artist …
Where to Stay in Zurich, Switzerland.…
Long Island Sounds July 2019 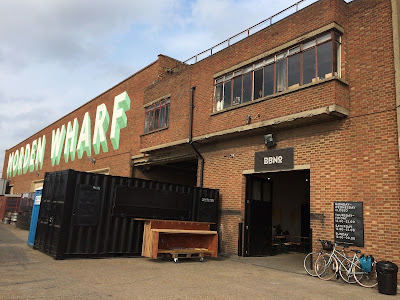 The site is the new home for South London craft Brewery BBNO (Brew by Numbers), moving from previous location in the Enid Street railways arches in Bermondsey - though their taproom will remain open there as well as their barrel store in Peckham. The new site in its early stages of development but  you can already choose from a wide range of beers and sit at tables inside or out. The brewery hosted the Riverside Beer Festival there last month. 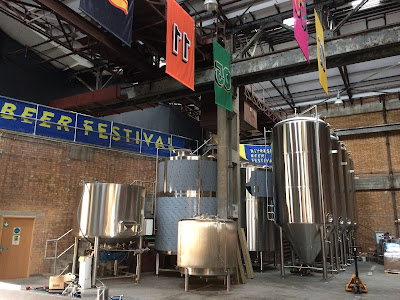 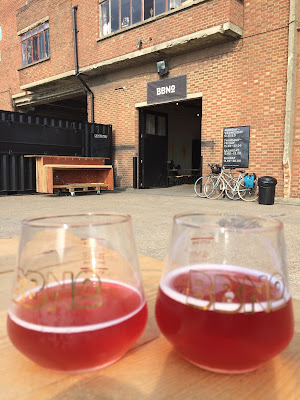 
This post first appeared on Transpontine, please read the originial post: here
People also like
How to Start Your Own Brewery
10 car-free trips to inspiring eco-friendly places in the UK
Interview with the comic book artist Art Thibert by Kevin Tanza
Where to Stay in Zurich, Switzerland. A Guide to the Best Districts and Hotels (2019)
Long Island Sounds July 2019
Laurence Jones Band Releases New Video “I’m Waiting”
Get Your Business Done in San Ramon
A local city guide for living in Oshodi, Lagos
Weekly in Review – A Field Trip, A Road Trip, Meatballs and a Shower Curtain Made for Moms