Dealing With A Deadlock in My WIP 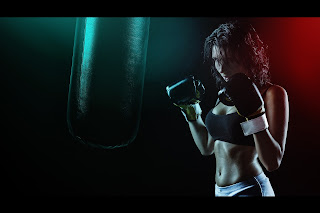 I have recently been having trouble with a Book of mine, and I may have mentioned it one or two (or several!) times in recent posts. The problem was that I was done with two-thirds of the book, and I was stuck on one-third. But this one-third was important, because it included both the introduction and the conclusion, chapters that I think are very crucial. Just to clarify, this is a non-fiction book, and it’s a book that I have had tons of trouble with before, probably because it’s one of my most ambitious till date.

BuzzFeed Editor, Lara Parker, Uses Ca…
Bigfoot Mystery Solved
The Ultimate Winter Bucket List Accor…
Little Net Big Net
How To Get From Lima To Cusco Peru {T…
Anyway, I don’t want or need to bore you with details about why exactly I was stuck or what was going wrong with the book. Suffice it to say, I had no ideas, I felt that everything I had already written wasn’t good enough (in other words it sucked), but I didn’t have any better ideas. Basically I was scared. I was scared that all my hard work over months on the remaining two-thirds would be brought down by this section, because rightly or wrongly, the first chapter of a book is what most people would read to determine whether they wanted to read any further and even whether they will buy the book. One of the chapters I was stuck on was also in the middle, but again, to me it was an important chapter. And of course, the conclusion tied it all together.
And this was probably the reason I was stuck. I was scared of the content, scared of getting it wrong, and I had made it all too important. Each of those chapters was totally important, and I was in danger of messing them up big time.
I even stopped working on the book. I found plenty of excuses, there were other things to do, other books to write, promotion stuff to do - basically I was busy. I didn’t have time to worry about this book.
But I did. That’s all I worried about some days, others it was one of many. It was always on my mind, and the problem got bigger and bigger. I couldn’t see a way out. I was doing that one thing we have been told not to do over and over - wait for inspiration.
So I decided to tackle it head on. As I keep advising here on the blog, I tackled the smallest, easiest part of the easiest chapter. And I tried to lower my mental standards as much as possible, stared down the fear (otherwise known as “Resistance” as Steven Pressfield calls it) and just made progress an inch at a time. I added a sentence here. I did some research and found something to rethink there. The more time I spent with it, I realized I could re-arrange one of the sections in that chapter, moving things around.
And as I worked on it, I stumbled upon inspiration. A book I was reading on innovation, completely unrelated to the topic, or so I thought, gave me some research to add. Another book I was listening to, on trading and Wall Street, again a totally unrelated subject, helped me to see a way of structuring my introduction. I found the story I wanted to open a chapter with. I came across the facts I needed to fill in the gaps in the unredeemable middle chapter, which is now shaping up nicely.
The whole time I fretted and waited for the book to get better, waited for some miraculous way out of my deadlock, I had nothing. But when I decided to work on it anyway, to just tweak whatever I could, to get into the trenches and fight my way out of the mud, I started to see the light. On my book, and in general, about my writing.

Some days it feels like the book is this ugly, perverse thing that refuses to comply, that refuses to do my bidding. But then I realize, it’s not the book, it’s the fear about the book. The Resistance. If only I had recognized this sooner, I could have saved myself time and hassle. But maybe this is all part of the writing process. Each lesson building on the other. Like Hemingway said, this is a craft at which none of us ever become masters. All we can hope to do is get into the ring, and go one more round with Resistance.

Dealing With A Deadlock in My WIP