First there was Cannes Film Festival, which began in 1946 showing films from sixteen countries - it went on to become the biggest film festival in the world. Now we've got the world's inaugural Newcastle International Film Festival with big ideas of its own, coming in 2018!
Lighting the Way for Film. The Newcastle International Film Festival is a new four day event taking place across venues throughout the historic British city of Newcastle-upon-Tyne between March 29th and April 1st 2018. Films of all genres from around the world are being showcased, and the festival wants to create a buzz about making film in the North East that will help to keep creative industries and talent here.
Film festivals can put places on the map. They attract press attention, tourism and entertainment industries which can bring money jobs and prosperity to an area. The magic of the movies remains mysteriously compelling but it is also big business. And founders of the NIFF want a slice of that for our beautiful North East region as well as the chance to let the region's creative talent shine on the international stage.
There will be everything from Bollywood to Horror, masterclasses about the technical side of making films, an opening ceremony and of course a glamorous award ceremony to finish the festival in style.
The film festival is the baby of Jacqui Miller Charlton MBE, and Craig Conway. Jacqui is a very successful local business woman, and the festival president, and Craig is a successful North East actor (Hellboy, Dog Soldiers) and is himself a film maker (54 films) with big ideas about digital distribution deals, brand new films and TV concepts to bring here.The festival even has royal Patronage from Prince Michael of Kent - a good friemd of Jacqui's.
Everyone is behind the drive to change negative perceptions of the North East, and to bring investors and industries here. The end game is not only to have a fabulous festival event, but from this to go to establish a film industry right here on our doorstep.
Events include a screening of the only full original print of Get Carter - the film famously shot in Newcastle with Michael Kane. The Director of this iconic piece of cinema, Mike Hodges, will be attending and doing a Q&A after the screening - very exciting!
Check out Craig highlighting this fabulous event coming your way very soon!


In addition to the festival selected films there will be:

The full programme will be out soon and the venues across the city confirmed, so it's time to get the popcorn out - if Cannes Can - We Can! 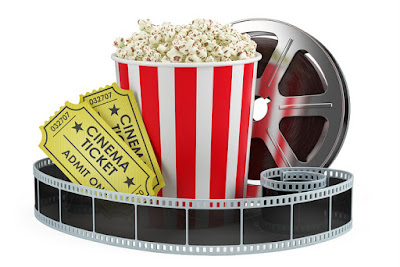