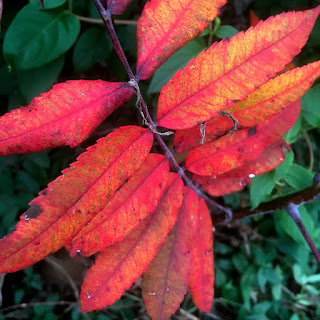 I think I made a mistake. I tried moving some really heavy things today and strained my back. I also scratched the paint on my car when I was loading something I shouldn't have been lifting. I'm not sure I can complete this move myself. I called a moving company that had good Yelp reviews but just got a phone message that referred me to their website. I filled out the form, but when I received their automated response, it was clear that the company didn't understand that this was just a storage warehouse that was being moved. The estimate seemed way too high. There is no furniture and no packing involved. I'll see if I can talk with someone in person tomorrow.

After making two trips to the new warehouse, I made a third trip to a charity shop with some stuff that wasn't worth saving. When I realized that my back was starting to hurt, I decided to call it a day. The old warehouse is still pretty full and nothing I'm saving is all that special. This is not going to be pleasant. At least I didn't have to pay for an entire month at the old warehouse. They let me rent for fifteen days in November. That should give me enough time to complete the move. Of course rain could easily screw thing up. It's supposed to rain all day tomorrow, so I doubt that I'll be able to do very much. I should probably rest anyway. There's no sense in making my back any worse than it already is.

Dash didn't need to go outside last night so I got more sleep than usual. He did get me up at 5 AM to go poop, but it was almost daylight anyway. Making it until 5 AM is a win for me. There are so many nights when I hardly get any sleep at all. At least Dash is eating well. He hasn't thrown up in quite a while and seems to enjoy the food we cook for him. He eats better than we do now, but at least he's eating.

I think I'm going to have to buy Dash another pair of protective boots. All three pairs that we currently have in rotation need repairs. Dash is really hard on his shoes. He doesn't lift his rear legs as he walks and ends up dragging his feet. The boots keep him from injuring himself, but they wear out quickly. Maybe I'll go buy him another pair of boots tomorrow. This would certainly be easier than lifting more heavy boxes.

It's hard to believe that it's almost November. Where has this year gone? In a few days we'll have to deal with another time chance. I think we should just forget about Daylight Saving Time. It's such a nuisance to arbitrarily switch the clocks back and forth. Dogs never understand the time chance and wonder why their feeding schedule has changed. Usually we give Dash his evening walk after he's had his dinner. Now, I'll need to walk him before dinner to avoid walking in total darkness. This should be fun. Dash hates making changes even more than I do.

I'll be glad when the election is over. I'm sick of Beto and Ted Cruz making robocalls to my house  and sending text messages every single day. Do these guys really think this helps. It's irritating. Whoever thought robocalls were a good way to influence people has got to be a moron. Probably the only thing that Democrats and Republicans agree on is that they both hate telemarketers.