Shindoor Pass is situated in Chitral Region, Khyber Pakhtunkhaw province of Pakistan at an elevation of around 3700m. Every year, during the month of July, a Polo match is played between Chitral and Gilgit Balistan teams at this exotic place in a free style mode. People around all over the country and from various other counties enjoy this wonderful event.
Reportedly, the balti raja Ali Sher Khan Anchan of Skardu introduced this ancient game in the region. Later it was upgraded during British occupiers through a local politician Niat Qabool Khan Kakakhel, who efficiently built a Polo Ground with the help of the local people. Evelyn Hey Cobb, the British Administrator for Northern Areas wanted to reward Kakakhel who refused to accept but, for the benefit of the local people, he asked the administrator to bring trout from England to stock the local streams of the area. From this little effort a number of local people got employment.
Polo has a history dated back to the 6th century BC. At its very start, it was a military exercise and the game was played between the cavalry units or elite militiamen. Local tribes played polo with as many as hundred players.
Every year, Shindoor festival attracts visitors from all over the globe. 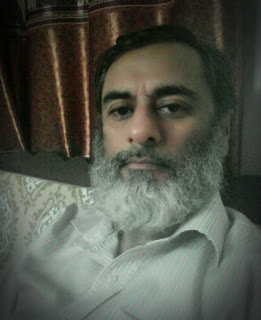 Kamran Iftikhar is an educationist and a passionate writer. By now, he has written various articles on various niches. He loves to travel and puts pen to paper whenever something inspires him. Enjoying good food in the company of good people is his one of favorite hobbies.

How To Abide In Christ
It’s Me – Chapter 8
The market keeps struggling, but it’s…
8 Ways To Turn Your Home Into Cash
Best Low Acid Coffees That Won’t Upse…