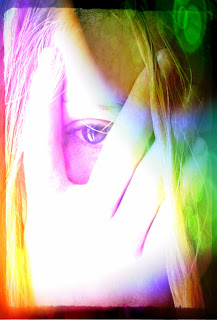 The sun made its first appearance in months, weaving its way through the pines of the Berkshires. There we were, baby-oiled college sophomores, lined up like matchsticks on our towels. I glanced down at my blue-flowered bikini and cringed. It was too small. I was too curvy, too white, too exposed.

The mind has a way of duping us women and girls. The way airplanes stream banners over beaches, mine said, “Not Good Enough.” It was the inner subtitle of my life.

Three guys and a frisbee invaded our turf. I knew them by name but their presence turned me to stone. 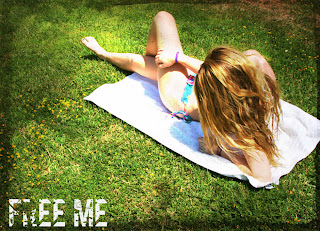 My friend, Amy, darted over to join the game, with no concern over her parts that spilled a little here and jiggled too much there. She leaped and intercepted the disk. She wrestled for it. She exploded with laughter.

I wanted to be Amy in that moment. She was body electric. In the game. And I was on the sidelines.

I took myself hostage that day, as I have throughout my life, anchoring myself to a safe place, drawing a curtain over my imperfections, building a fortress against potential failure.

It was two decades later before I realized that playing it safe was a barrier to really living. While joining the circus or playing the bagpipe are not on my bucket list, I have added a few less than daunting challenges.

I know this: Each time I gin up a little Amy in me, I emerge emboldened, like one post up on a rock climb. Perhaps it’s human nature to avoid that which causes us fear. But I believe it’s also human nature to kick fear’s ass.

I’m no longer a size 3, and I wouldn’t attempt a bikini. But the difference is -- now I’d grab that frisbee and run.