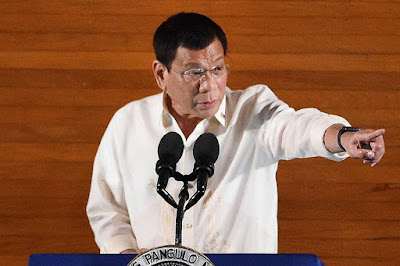 Who would have thought that last week’s SONA will highlight business related topics? What I like about it was that it was simple. The solutions or “to do lists” were simple, no grandiose plans, just a simple man saying “we are going to get things done.” With that let’s get into some of the SONA’s business highlights.

The President of the Philippines means business, the tone was set when the SONA dress code was now business attire as well as the frugal budget for food and event organizing. He is known for his crime fighting ways and the war against drugs, and criminality; peace and order is one of the primary roles of government, without it businesses cannot thrive.

The  Good
At the early part of his speech, he assured that his administration shall maintain the prudent fiscal and monetary policies that can help translate high growth into more and better job creation and poverty reduction.

DENR’s crusade for better implementation of Environmental Laws is seen by some as a negative but I think it is a good step for sustainability. Related to that is the promise of a more sustainable farming approach and support for the tourism sector.

The  Better
The most basic solutions he offered is to help develop entrepreneurship in the country, such as: faster processing of government transactions, reducing redundancies and improving the emergency hotline (911) while also establishing a government complaint line (8888).

I would bundle all the other details that he repeated and mentioned as a step towards the government’s own version of customer service, as I call it “CITIZEN SERVICE”. And let’s add to that the promise of better and hopefully (fingers crossed) cheaper Internet!

The  Best
One of the best announcements that the President shared is related to Tax Reform (lowering corporate and personal income taxes) and add to that the promise of heavy focus on badly needed Infrastructure development not just focused in Metro Manila, but also across Other parts of Luzon, Visayas and Mindanao. Also mentioned were the relaxation of Bank Secrecy Law, universal healthcare for all Filipinos and mandatory financial education for all migrant families and their communities.

Additionally, he also shared his ideas for the (long overdue) review of the constitution towards the legislative departments, specifically on relevant restrictions to foreign direct investments as well as the shift towards federalism.

The  Duterte  Effect
In less than a month, the Duterte Administration has accomplished a lot of things already with an unprecedented over 90 percent trust rating from Filipinos. Thousands of drug pushers are surrendering to police as well. FYI — from before Rodrigo Duterte took office up to the SONA, the PSE Index has gone up by 14.8 percent already and historically, the Stock Market goes down right before the first SONA of a newly elected president.

I wish the President, my fellow countrymen & women and the Philippines success in implementing all that was mentioned in the SONA as well as all that we hope to be in the next 6 years for a better community and country.

Let us all pitch-in and be a #PartnerForChange