brexaxation and priced in currency buffering (whether to use radians, degrees or ray guns ?) 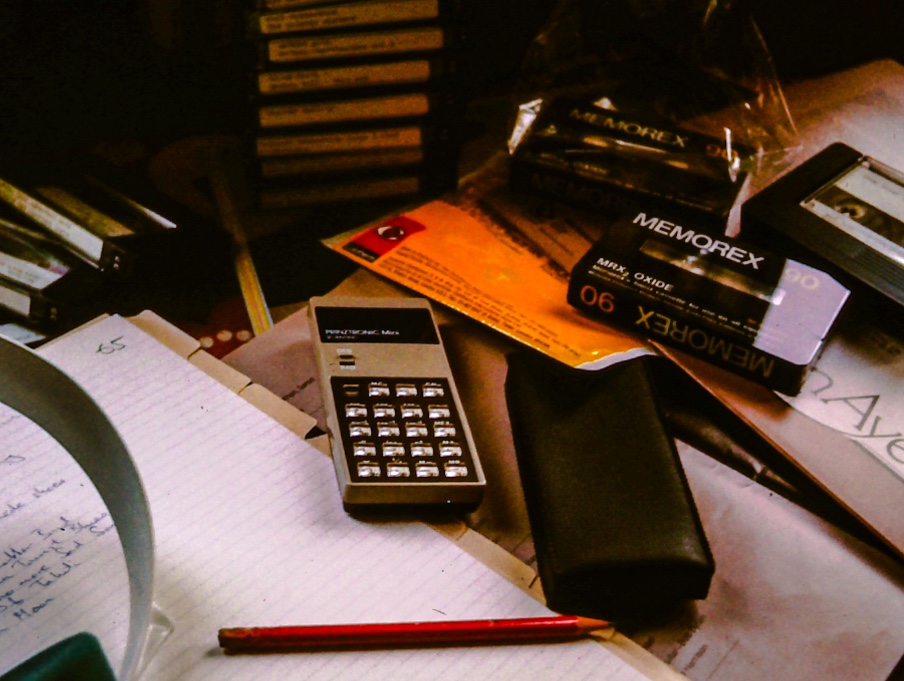 I used to put all my pound coins into the storage compartment (once known as 'ash tray'*) on my car, to be used in parking meters and similar. That has changed over the last few years because most parking has now gone digital, with a selection of Ringgo and contactless systems replacing most non-bandit meters.

In the same theme as my general tidying, I suppose I'll have to find the remaining coins and spend them before the new £1 coin takes over as replacement legal tender by October.

The new coins have the edges sawn off, which could be seen as a representation of their declining value against other currencies. I suppose it depends whether one is buying or selling? Time to get the calculator out**. 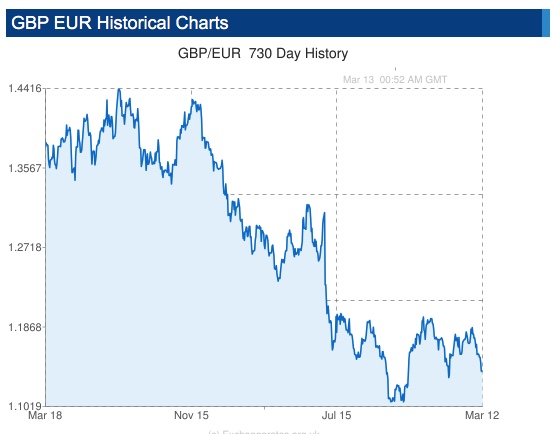 Whilst Mrs May and Mr Hammond do Brexaxation things there's the less easy to comprehend foreign exchange impacts.

We might all be hearing talk of whether there will be a payment to Brussels of €60 billion or not, but the quiet re-pricing of the GBP has already been taking place. Something like 19% reduction since Brexit.

I suppose the argument about not paying any exit fees could be summarised to Mr Hammond as "We're already paying them, but no-one has noticed yet."

I don't blame Mr Hammond for the current plight. It was a work of sheer evil genius for the entire batch of reprehensible main players to quit after the Brexit vote was completed.

A common negotiating tactic before and after a big commercial deal is to 'change the players before the ink has dried' - something that smart negotiators will even guard against in their contracts. No such finesse in this case, although the rules would need to be different when it's your own side running the substitution.

The declining GBP value applies to other financial markets, although some of the dollar impact might actually be caused by the euro's own weaknesses. 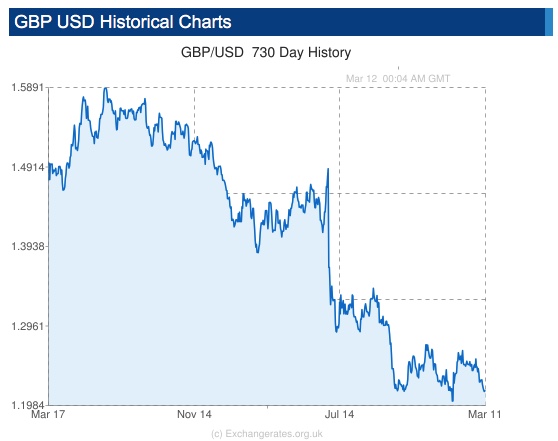 But all of this is esoteric to many, who just want some disposable income and an occasional holiday after the main bills have been paid.

Meantime it is a slow drift for the economy, with less certainty than predicting long range weather.

** the calculator shown is my old Prinztronic Mini Scientific (spot the Degrees to Radians switch). I found it captured in one of my recent slide scans. I shall have fun with some of these ancient photos.

brexaxation and priced in currency buffering (whether to use radians, degrees or ray guns ?)