reflections on piloting the future 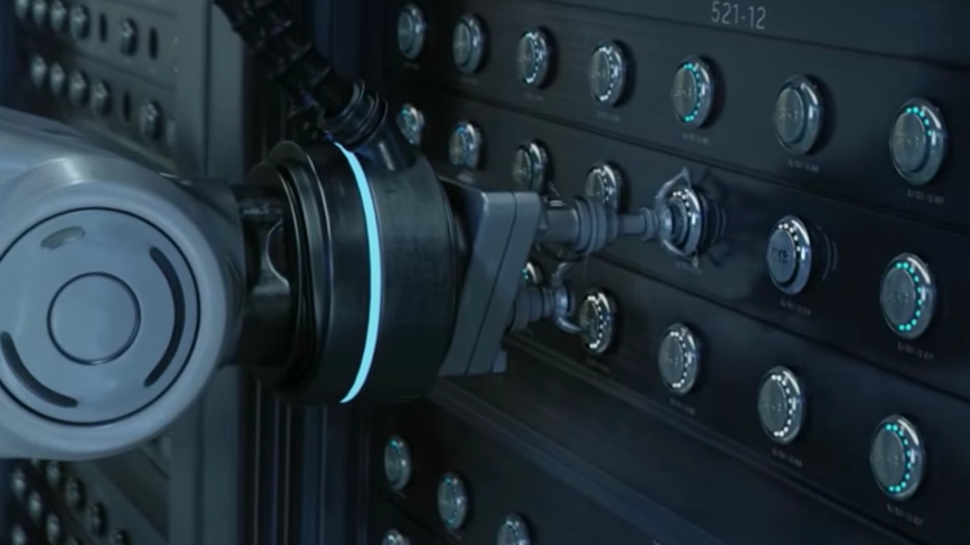 I won't detail plots or characterisations here, more to say that there is a consistency to the near future incremental nature of much of the Brooker world. Each idea seems to fit alongside other ones in a way that meshes, a thought that isn't lost on the production team who provide little overlaps from one storyline to another. Not plot points, just hat-tip moments.

The ideas vary from that Series 1 story about a prime minister and a pig (long before the Hameron news bursts) the one about an X factor type show with accompanying meaningless work style processes then through virtual realities, nano robotics and many a reference to distortions of the social media experience.

Some ideas are ones that many of us may have thought about, (pay per not view, killer robotic insects, inside the machine, what happens when the x-system is down?) but Black Mirror stamps the pedal down to drive through impacts and conclusions for all of its scenarios.

I already mentioned hat-tips too. The new episodes have mainly gathered creative production sheens appropriate to their genre. There's the colour palette of Edward Scissorhands meets Desparate Housewives in one new episode. Various Hitchcock moments in another. Staccato 90 degree camera shuttering of a modern combat movie, coupled with the green/brown muted saturation of a shoot-em-up game in one about reality distortion.

The world view appears seamless, sounds right and kind of how we'd expect it to work, with sharp ideas alongside other throwaway moments almost worthy of whole episodes.

I'll have to give it a week and then watch them all again. And maybe take a few notes.

Meantime, here's a Tesla driving itself around a few road systems. Let's not forget how amazingly consistent American road junctions are, compared with the ones here in the UK.

reflections on piloting the future