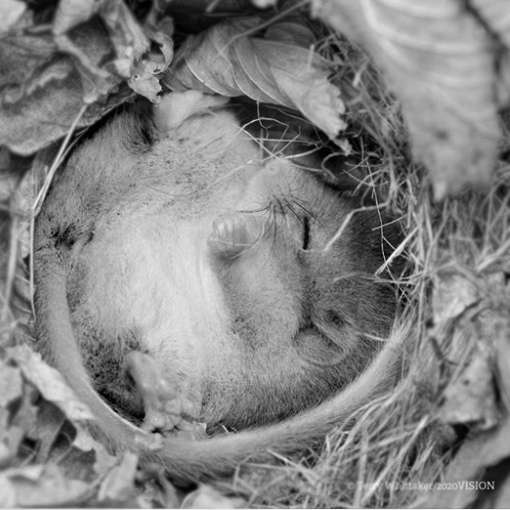 This adorable feller is a dormouse. They’re known for hibernating six months of the year and being painfully cute. The photo was used on Facebook to promotee the Sussex Wildlife Trust, though it’s the typical FB bait-and-switch where you click the picture and you don’t actually get a bigger version of the same picture. It’s credited to Terry Whittaker/2020VISION (I think. It’s hard to read).

Set to be the world’s first bricks and mortar Museum dedicated to vaginas, vulvas and the gynaecological anatomy, the Vagina Museum, (the first and only registered charity in the UK with vagina in its title) is positioned to open in Camden Market in November 2019. But to make this great (and time sensitive) opportunity a reality, we need your help to do it! We have launched a crowdfunder to achieve this.

Then they go on a long tirade about how health is endangered when women are embarrassed to say “vagina” — but I’m pretty sure most people would be embarrassed to say penis or testicle in the same setting and it isn’t causing millions of men to drop dead of dick cancer.

Anyway. There you go. Toss ’em some change if you want to see this happen. Or, better yet, look at that adorable dormouse.