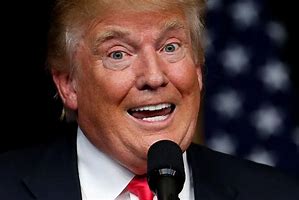 As a normal human being with a brain of my own, I am trying to get a grip on the mind of the typical trump supporter.

For instance, if I were to tell you that there were zero murders in the city of Chicago last year you would know that I am lying, right? I mean the facts say otherwise. If I told you that Ronald Reagan was married to Lena Horne and swore that it was true, you would say that I am lying, no matter how loudly I proclaimed it to be true. Why? Because there are these little things called "facts" which say otherwise.

Which brings me back to Mr. trump and his supporters. When he tells his supporters that there are Middle Eastern terrorists traveling with the migrants from Central America, or that the republicans are going to give the middle class a 10% tax cut next week (Congress isn't even in session), we know that he is lying because the facts just don't bear out what he is saying. The thing is, he says it to thousands of people, and they all believe it. It's as if he is creating his own reality and sucking the rest of his minions in with him.

Today, thanks to hard questions from one of the few real journalists left in America, trump was forced to say that he had no proof of Middle Easterners in the Central American caravan. Most people would be embarrassed to be called out on such a blatant lie; but not Mr. trump, he actually doubled down on the lie. He is a man that is used to lying to the American people and getting away with it, because his base just doesn't care.  They are like minded spirits, bound together by hatred and fear of others who are different.

What's also so sad about all of this is watching the people around trump buy in to his constant lying and manipulating of the facts. Mike Pence and the other sycophants in the administration just sat there and nodded their heads while he told lie after lie, as if they were afraid to piss off the Emperor.
The one thing Mr. trump has never lied about is who he is. He has told us time and time again who he is, and still some of us refuse to see or believe it.

Yesterday he (trump) declared that he was a Nationalist, and those of use who knew all along that was a racist were not surprised. But the folks who still spend  a lot of time in polite company were shocked to hear that the man elected to lead this great country considers himself a white nationalist. Even they know what that represents, and it has to scare even them.

Still, they better get used to it, because this is where we are as a country these days, and it's only going to get worse.