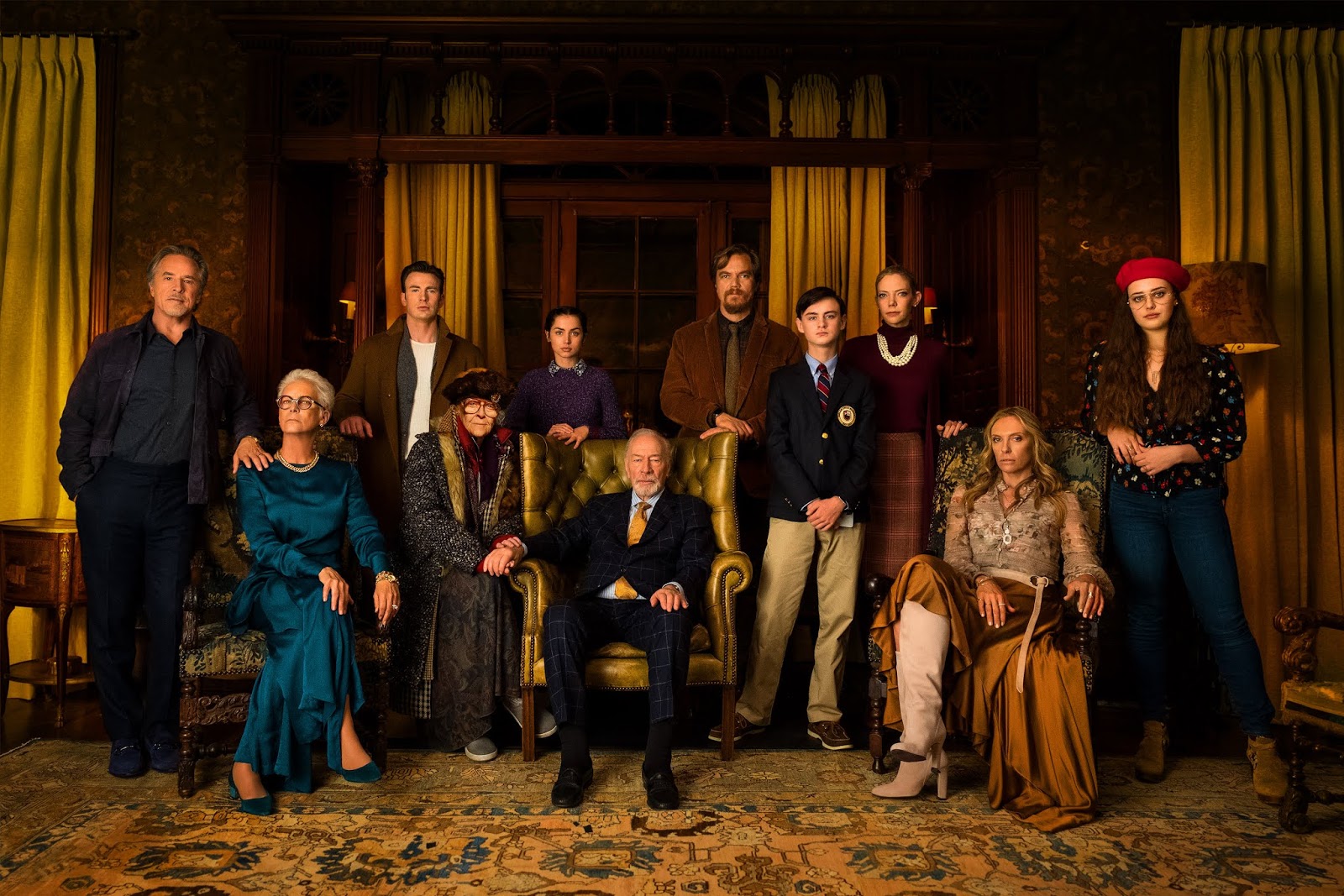 Naqua SA ft. Shebeshxt, Phobla On the…
Buying Tickets For the Eiffel Tower i…
Novedades ECC Ediciones Octubre 2022
Prey Review – Should You Watch It?
West Ham submit £13m bid for Chelsea …
Acclaimed writer and director, Rian Johnson (Brick, Looper, Star Wars: The Last Jedi), presents a  long anticipated whodunit unlike any other with Knives Out. Alongside an all-star cast, Johnson pays tribute to beloved classic Agatha Christie tales in this witty, modern-day murder mystery in which everyone is a suspect.

Following the untimely death and believed suicide of Harlan Thrombey (Christopher Plummer) on his 85th birthday, Detective Benoit Blanc (Craig) is hired by a secret proprietor to investigate what he believes to be foul play. Alongside the investigative police officer (LaKeith Stanfield), Blanc must deal with Harlan's dysfunctional family (played by Jamie Lee Curtis, Don Johnson, Michael Shannon, Toni Collette, Chris Evans et al) and devoted nurse (Ana De Armas), sifting through a web of red herrings and self-serving lies to order to uncover the truth. What unravels, however, is a hilarious, sometimes silly yet stylish whodunit, guaranteed to keep spectators guessing.

Having written and directed one of the most anticipated and (arguably) most critiqued films of all time with The Last Jedi, it's no surprise that Rian Johnson would want his next venture simple but sweet. Set in the present day, Knives Out is set far, far away from the visual effects and cosmic backdrop of the Star Wars Cinematic Universe. Instead, Johnson returns to his roots with a modern revival of the classic murder mystery genre in leafy Massachusetts.

To be expected, there are countless stylish and amusing references to beloved American crime television shows and Johnson does well to never stray too far from a long-established genre template - despite putting his own spin on it. At no point, though, does it feel outdated or forced as he plays around with conventions; throwing in contemporary social and political references for good measure. Hamilton, Trump (though never by name) and iPhones are some that come immediately to mind. This modern representation works well and whilst it never feels too complex, certainly does leave us guessing.
The murder mystery format may seem somewhat out of place against a year of blockbusters and superheroes but it is ultimately a refreshing and welcomed revival. Not only does Knives Out extend to a far broader audience range than, say, the reboot of Murder on the Orient Express (Kenneth Branagh, 2017) but provides us with a relevant social commentary - particularly centered around themes of privilege and empathy (or lack of). Furthermore, the film does an excellent job of poking fun at the values of the family members and their institutionalised racism and general disregard for others but without lecturing audiences. Moments in which Michael Shannon and Don Johnson are a sensational choice for the role.

Besides the film's dry humour, perhaps one of its most prominent successes is the performance by Daniel Craig. Channeling a Texan Hercule Poirot or "CSI KFC", as Ransom (Evans) remarks, Craig is a southern “gentleman detective” who, as the voice of reason, provides a great deal of wit and humour to the film. Naturally, with such a wonderfully star-studded cast, all of the performances in Knives Out make it worth the cinema trip alone.

For all the film's successes, Knives Out is not perfect but it is highly entertaining. There are genuine moments of thrill but at times it keeps crammed. Though such a high-profile cast is certainly a selling point for the film, it is a lot to follow and some members of the extended family are quite forgettable. And whilst Craig shines as Benoit,  his two henchmen wouldn't be missed. Jamie Lee Curtis, in particular, though wonderful, sees little screen time and we are left wanting more. That said, though, Knives Out has all the DNA needed for a hugely entertaining, unoffensive crowd-pleaser. Ultimately, Rian Johnson would have done Agatha Christie proud with this brilliantly sharp and modern take on the crime drama.

Well that's it for another film review. Knives Out is released in UK Cinemas on November 27. A huge thanks to BFI Film Festival for allowing me to see the film ahead of release - I cannot wait to see it a second time in cinemas. But tell me, are you looking forward to seeing Knives Out? What do you think will be the plot twist? Are you a fan of Rian Johnson? As always, I love reading your comments so please do share your thoughts with me below.
Until next time film fans,

*Disclaimer - I was able to see this film ahead of release via a press pass. As always, all opinions are my own honest thoughts and not at all reflected by that of the film distributor.