Travel Diary: 5 Unmissable Things To Do In New York, USA 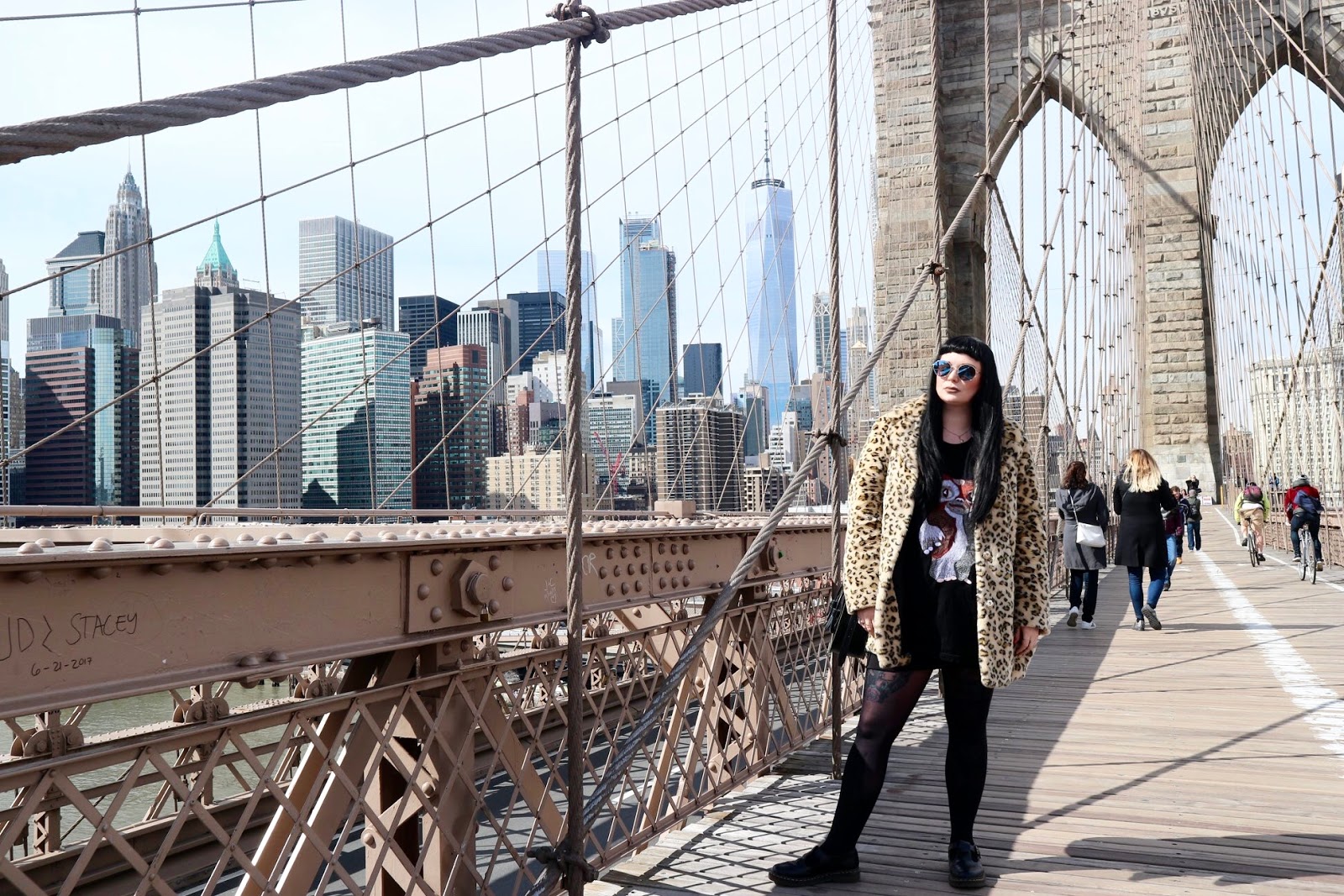 I can't quite believe how much time has escaped me but I figured it was finally time to share some of my photos from my two trips to NYC last year. Whilst New York was never top of my list of places to visit, it has become a place I am deeply in love with and long to revisit on the daily. 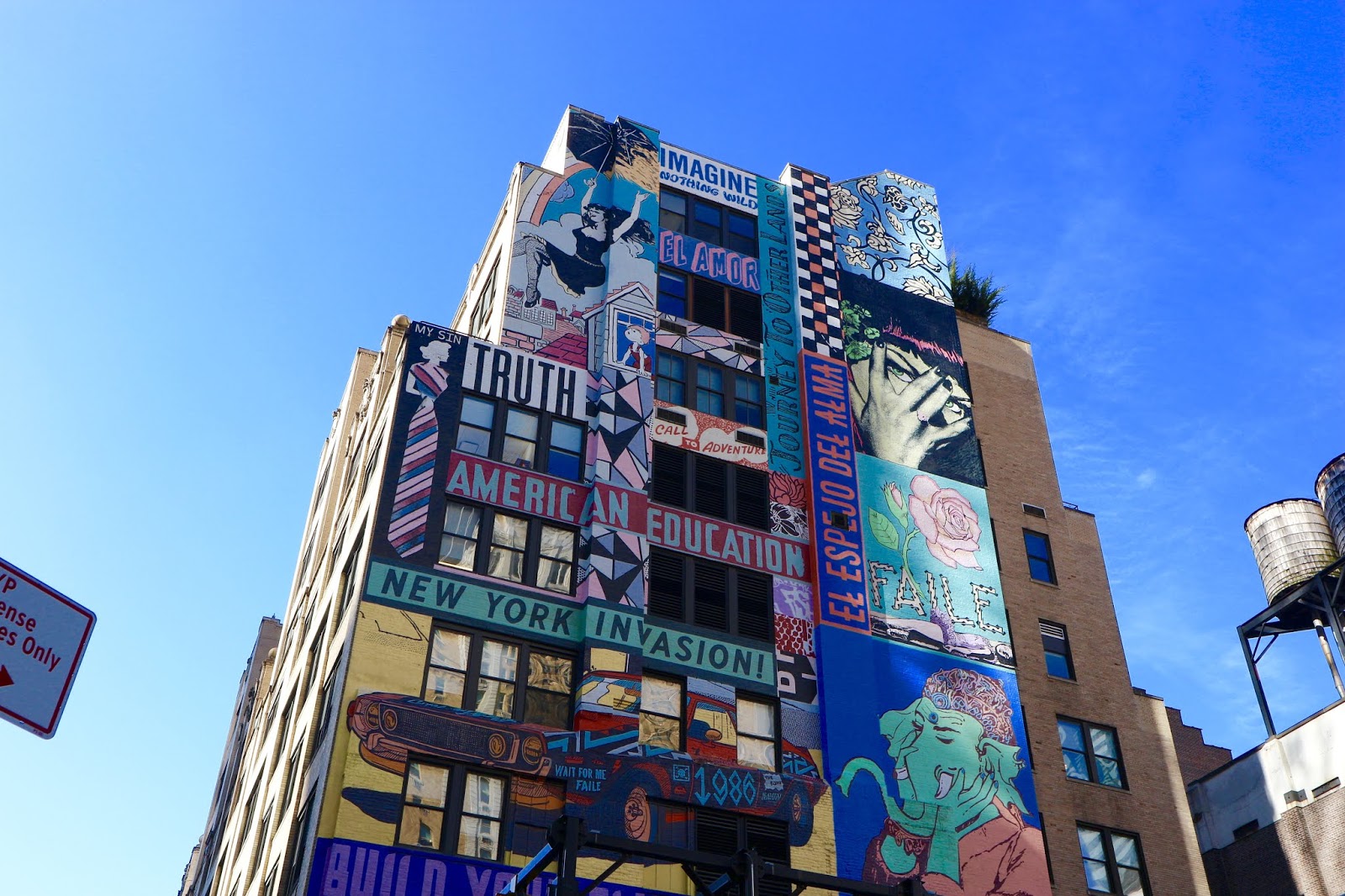 Having never been to New York before, or even to America since my teens, I wanted to make this trip count and decided a week was the perfect amount of time - but then found myself back there just a few months later for another week, having loved it so much. My plan was to do as much sightseeing as possible (all the touristy stuff you could imagine) and eat ALL the food but it was also a chance to catch up with my dear friend, Rose, whom I hadn't seen for close to a decade. But before we could start our road trip to Long Island and Salem, here's some highlights from the city... 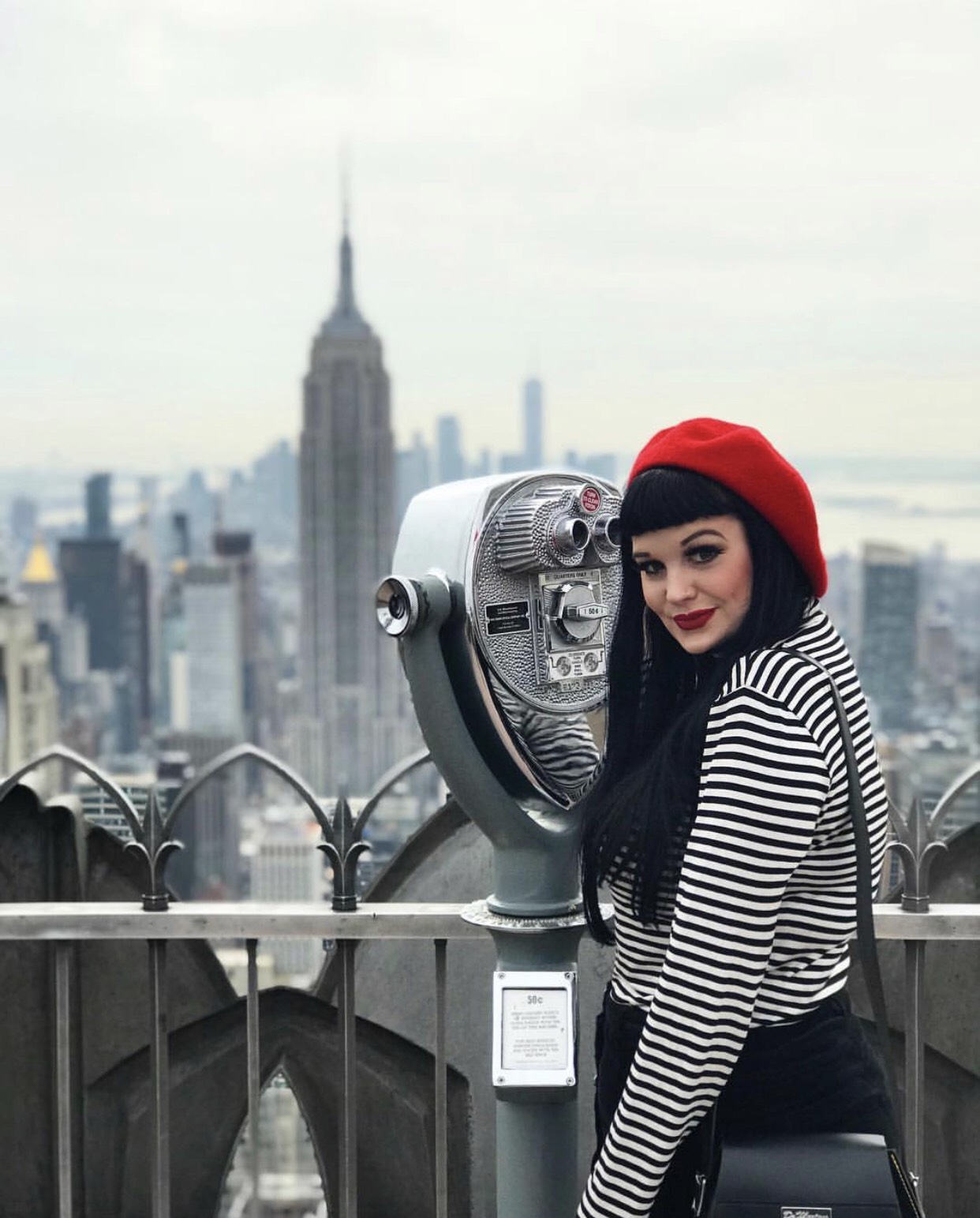 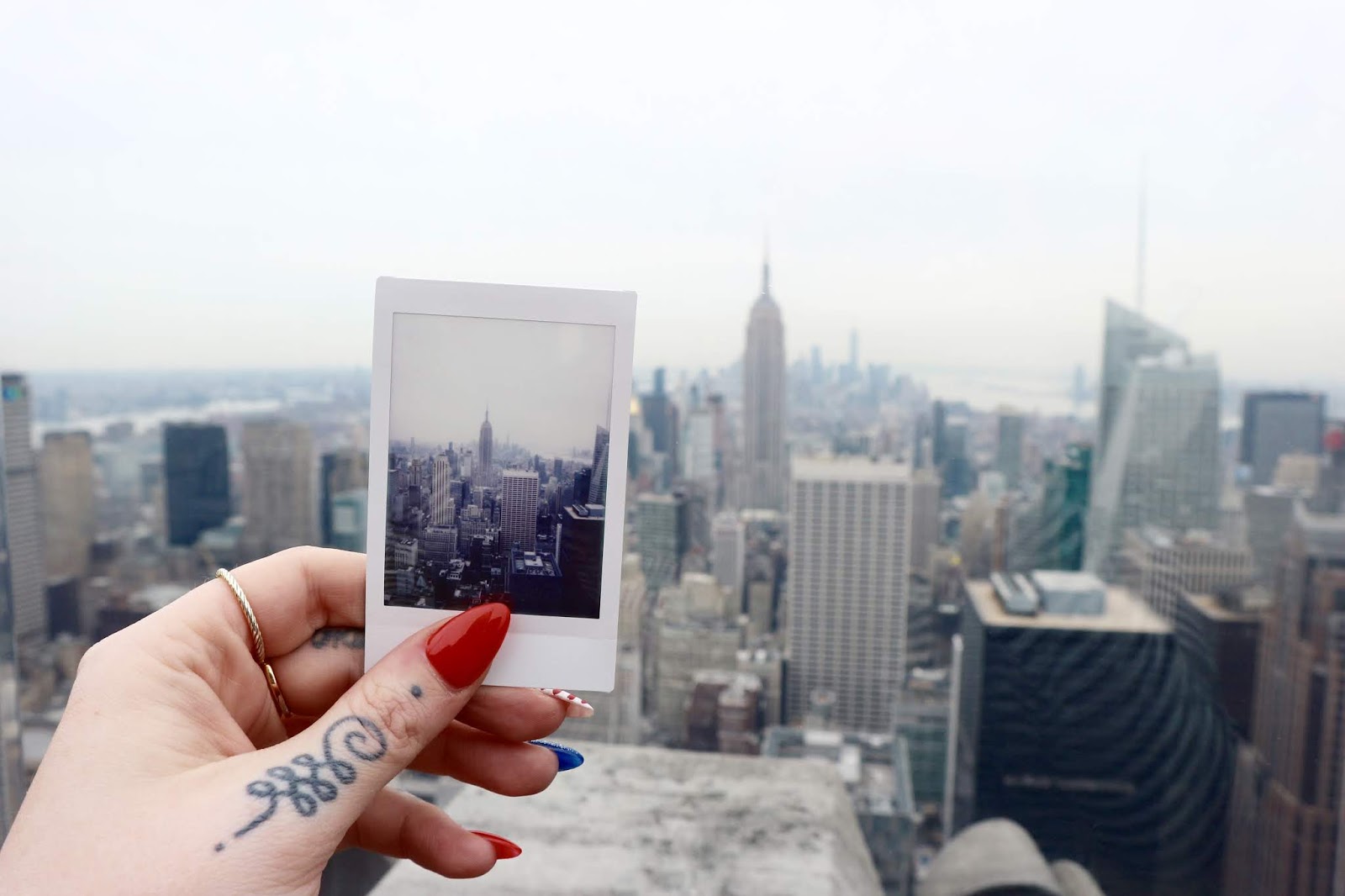 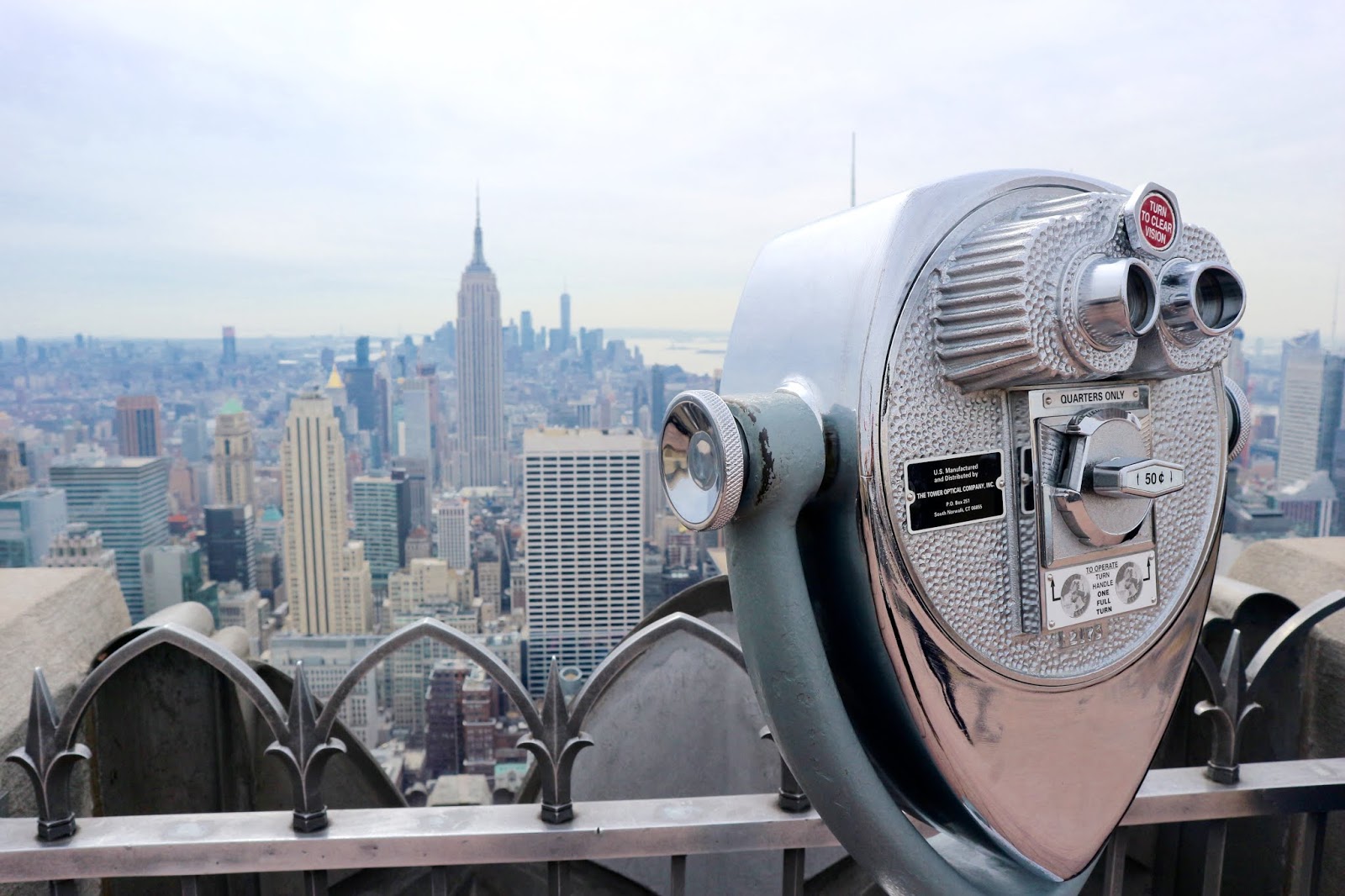 Rockefeller Center, Avenue in Midtown Manhattan - High on my list when visiting New York was the Rockefeller Center - home of Saturday Night Live and one heck of a view from the Observation Deck. I had heard from other people say that whilst Empire State Building is often regarded as the 'must-see' - Rockefeller has far less queues and arguable offers a much better views - including that of the Empire State itself and the Chrysler Building. If possible, I'd recommend going up both during the day and the night. Tickets are fairly reasonable, priced at £32.50, but make sure you book in advance else you could end up with a less desirable time slot. Find out more here. 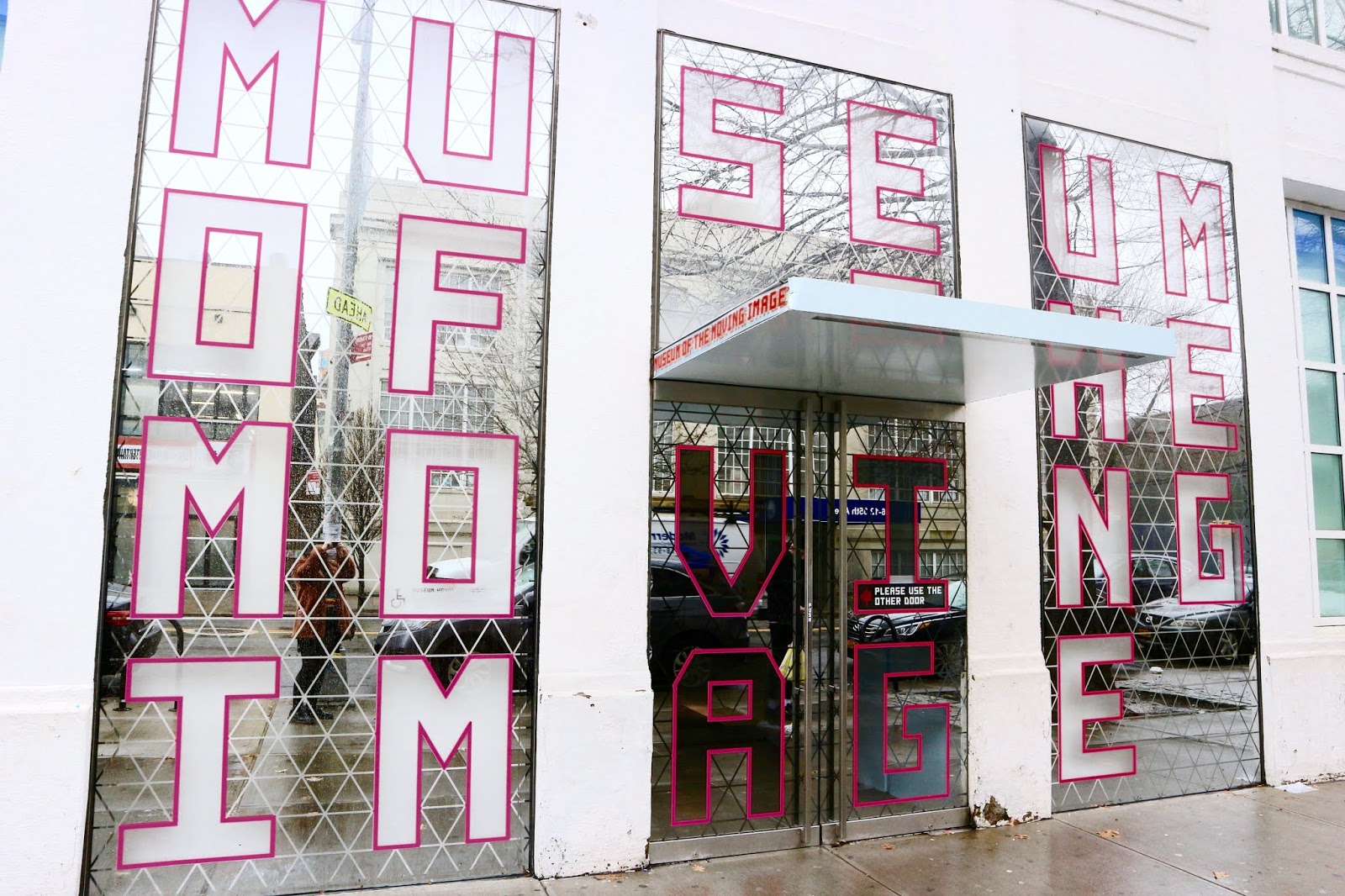 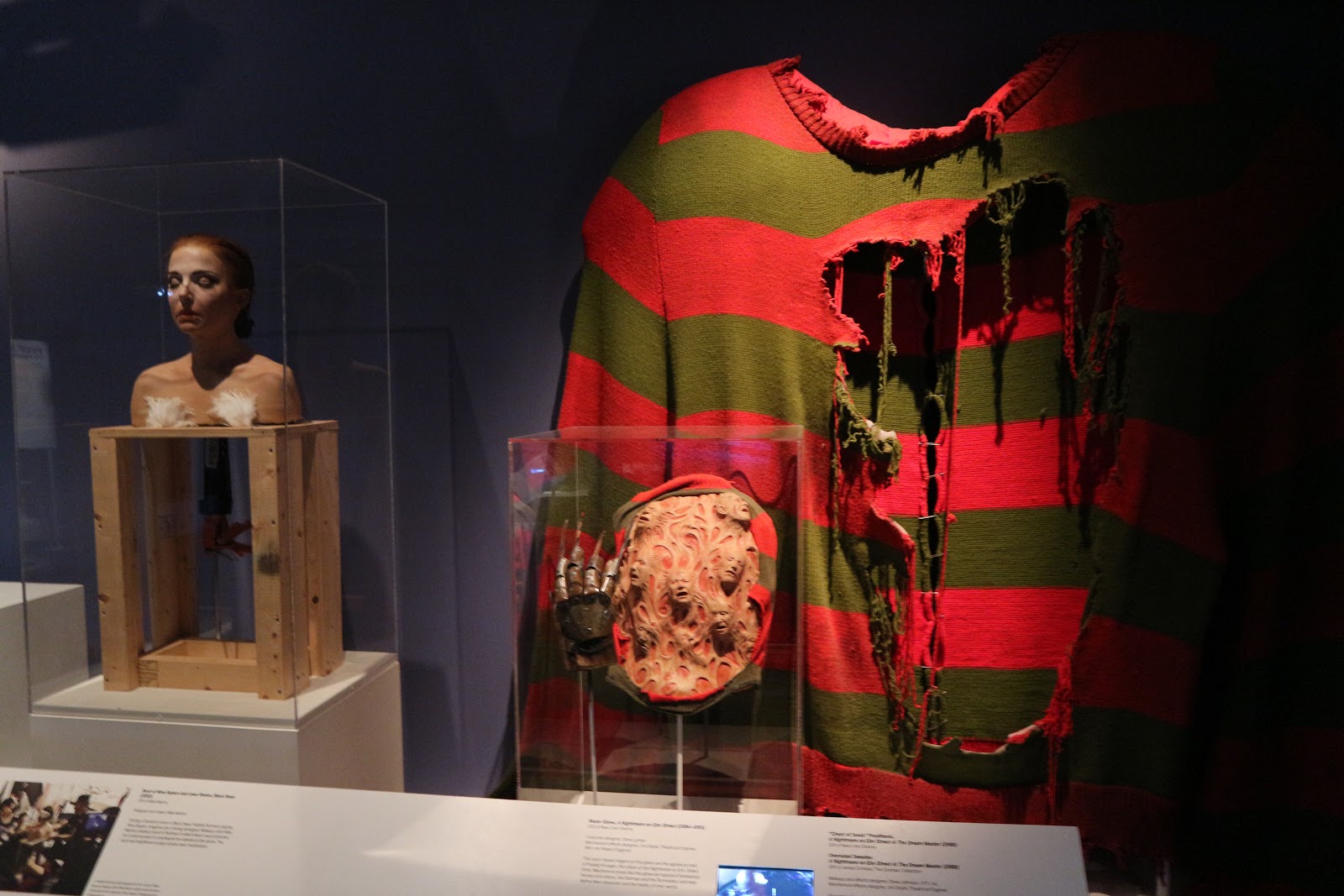 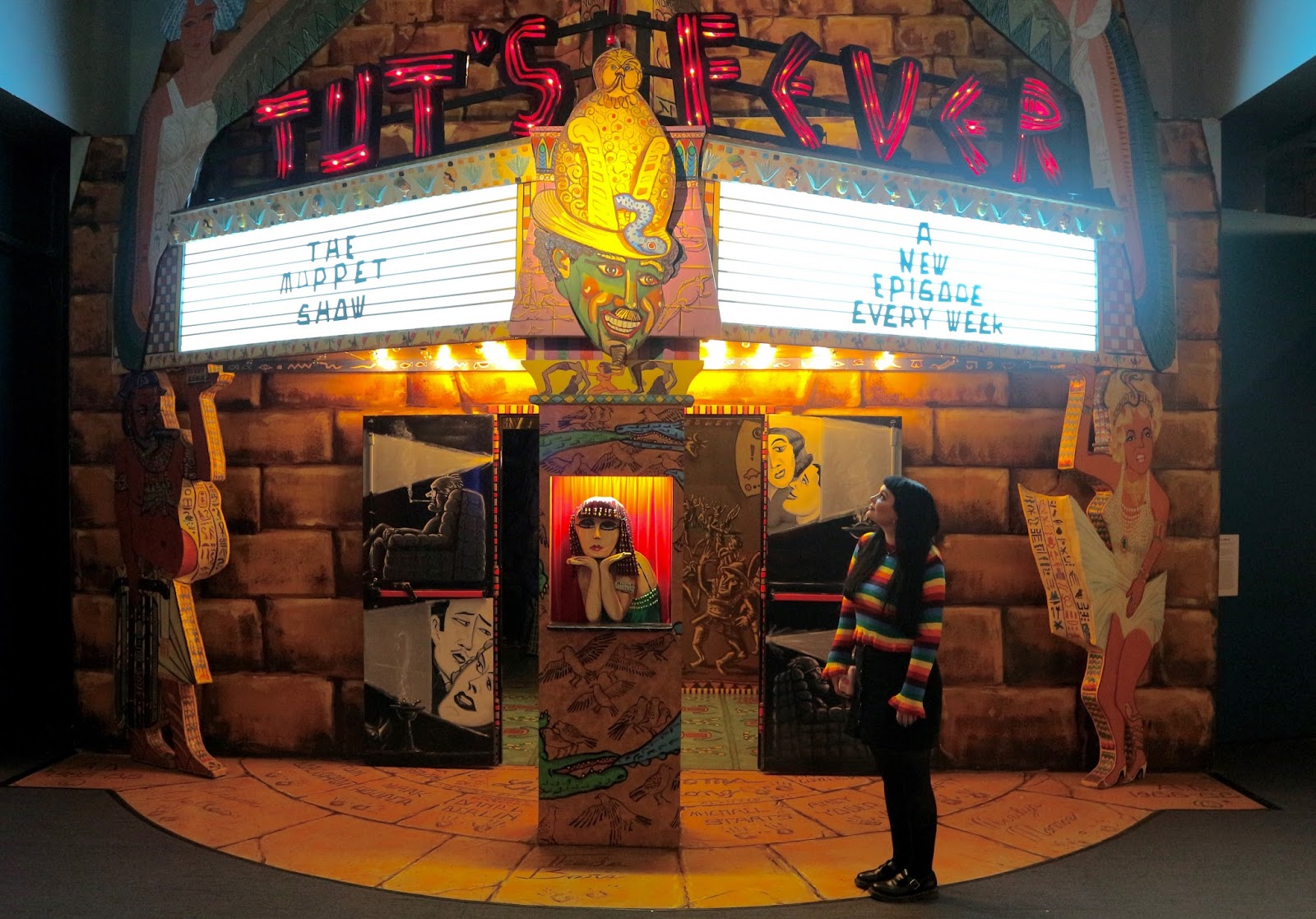 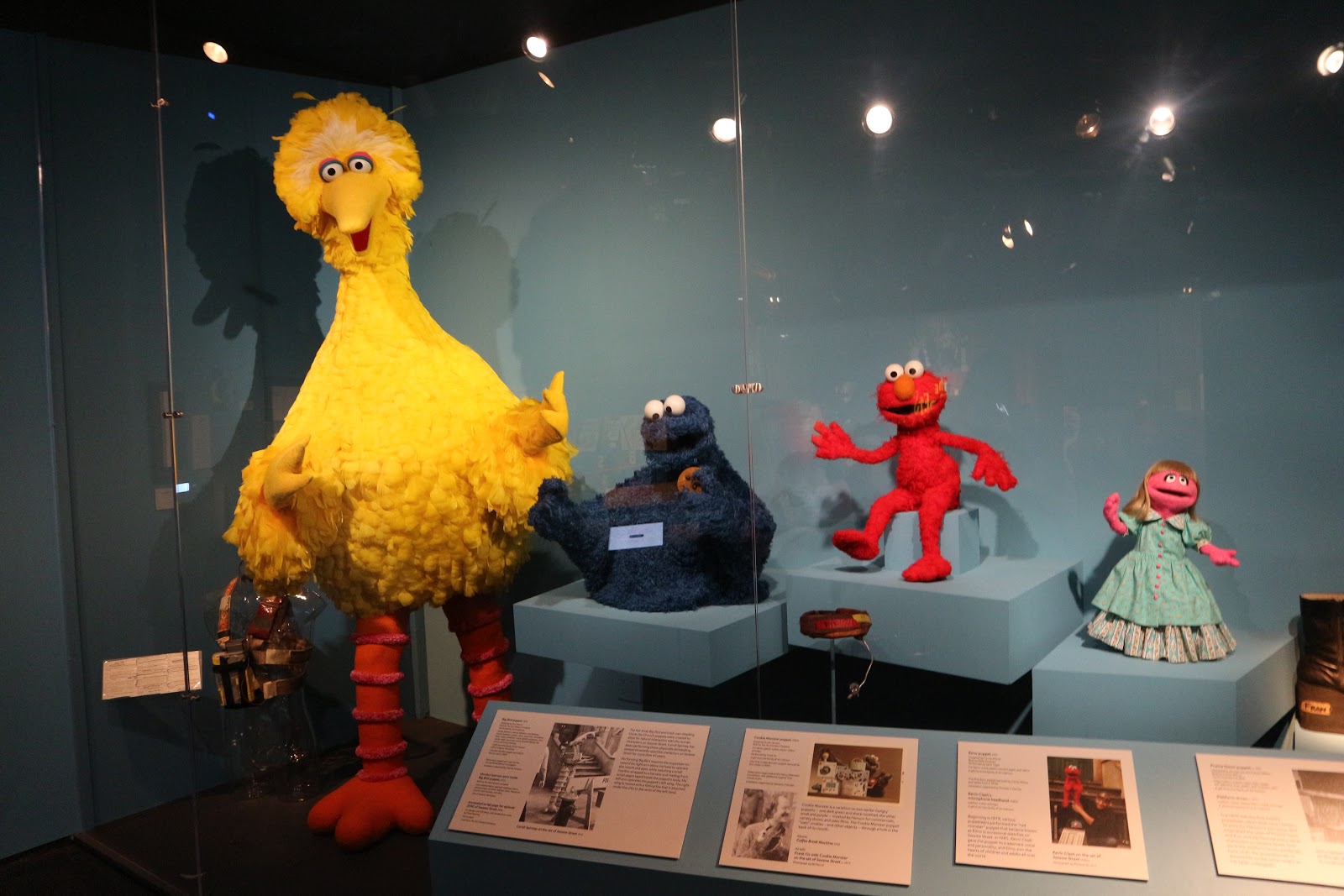 Museum of The Moving Image, Astoria, NY  - Another must-see for me was The Museum of the Moving Image - aka, my happy place. Packed full of iconic film memorabilia, makeup, props and costumes, this museum takes you on a path of film and TV through the ages.
I honestly cannot recommend the Museum of the Moving Image enough if you're headed to New York anytime soon. Adult tickets are priced at just $15 each but you will find yourself inside for quite a few hours as there is just so much to see. There are a number of interactive games and activities to play around with and it just makes for a really fun half day. For future events and exhibits at the museum, you can check out their website here. They also offer 'Free Fridays' after 4pm on Fridays if you fancy a freebie. Find more more information here. 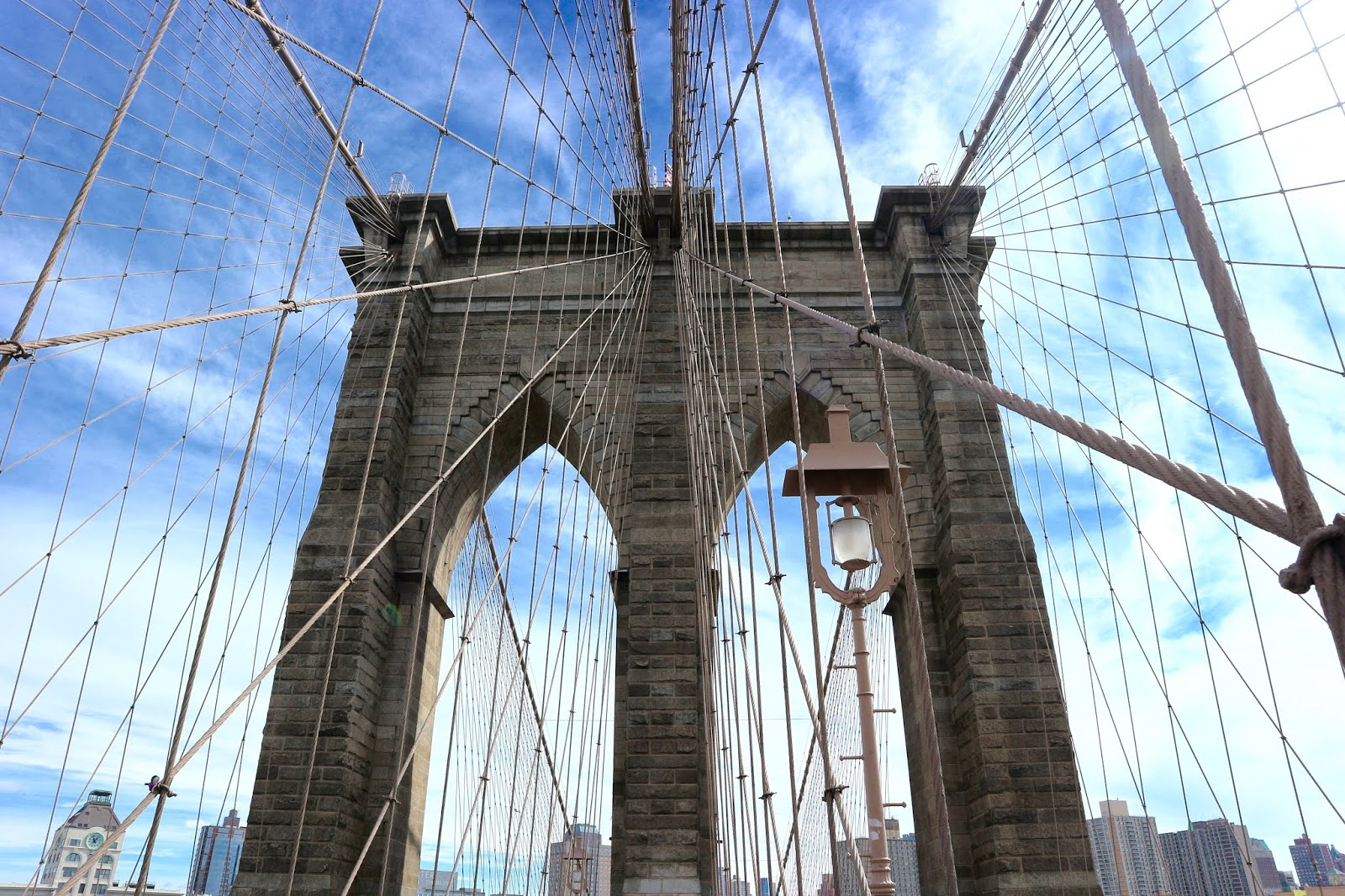 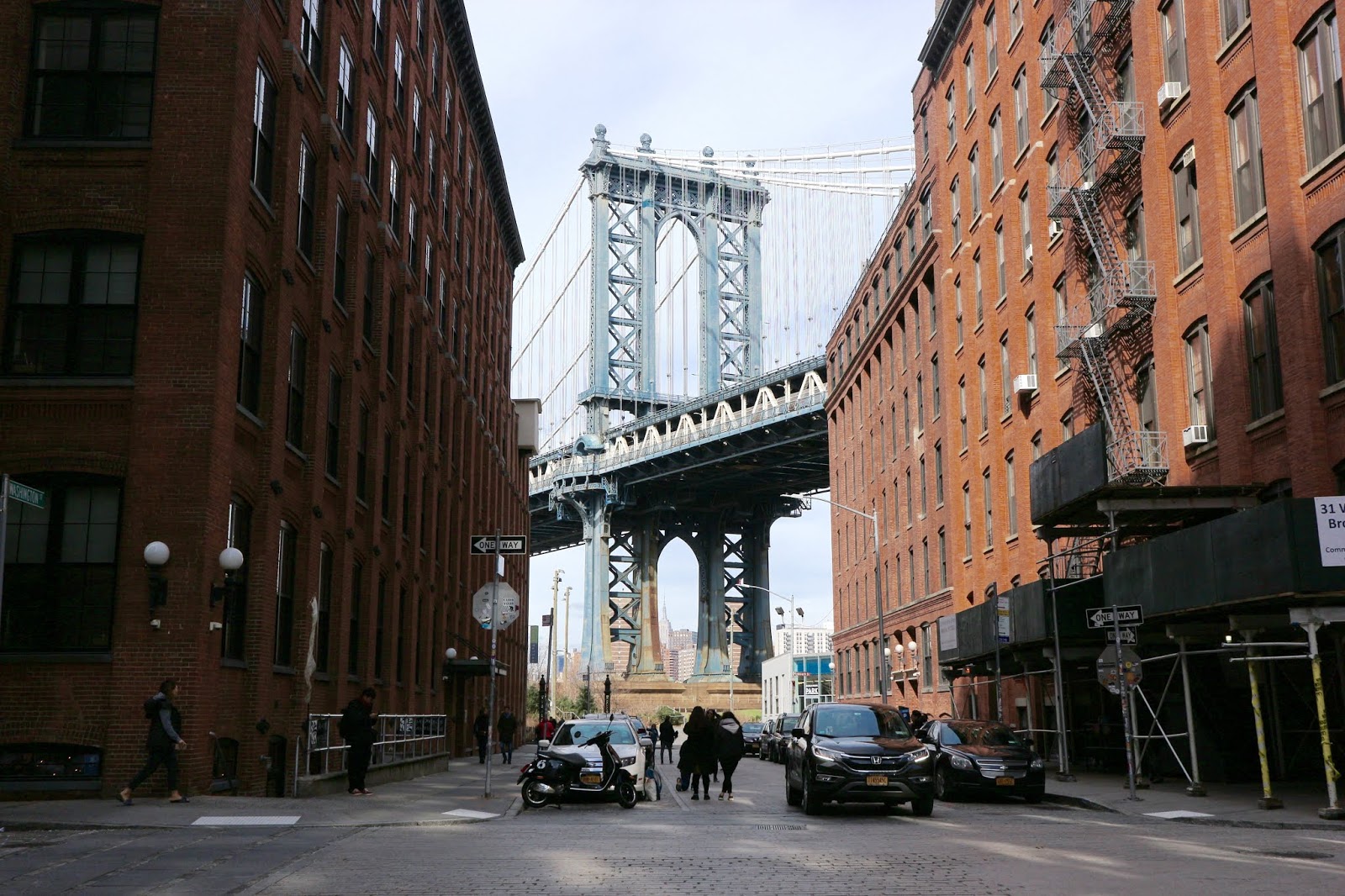 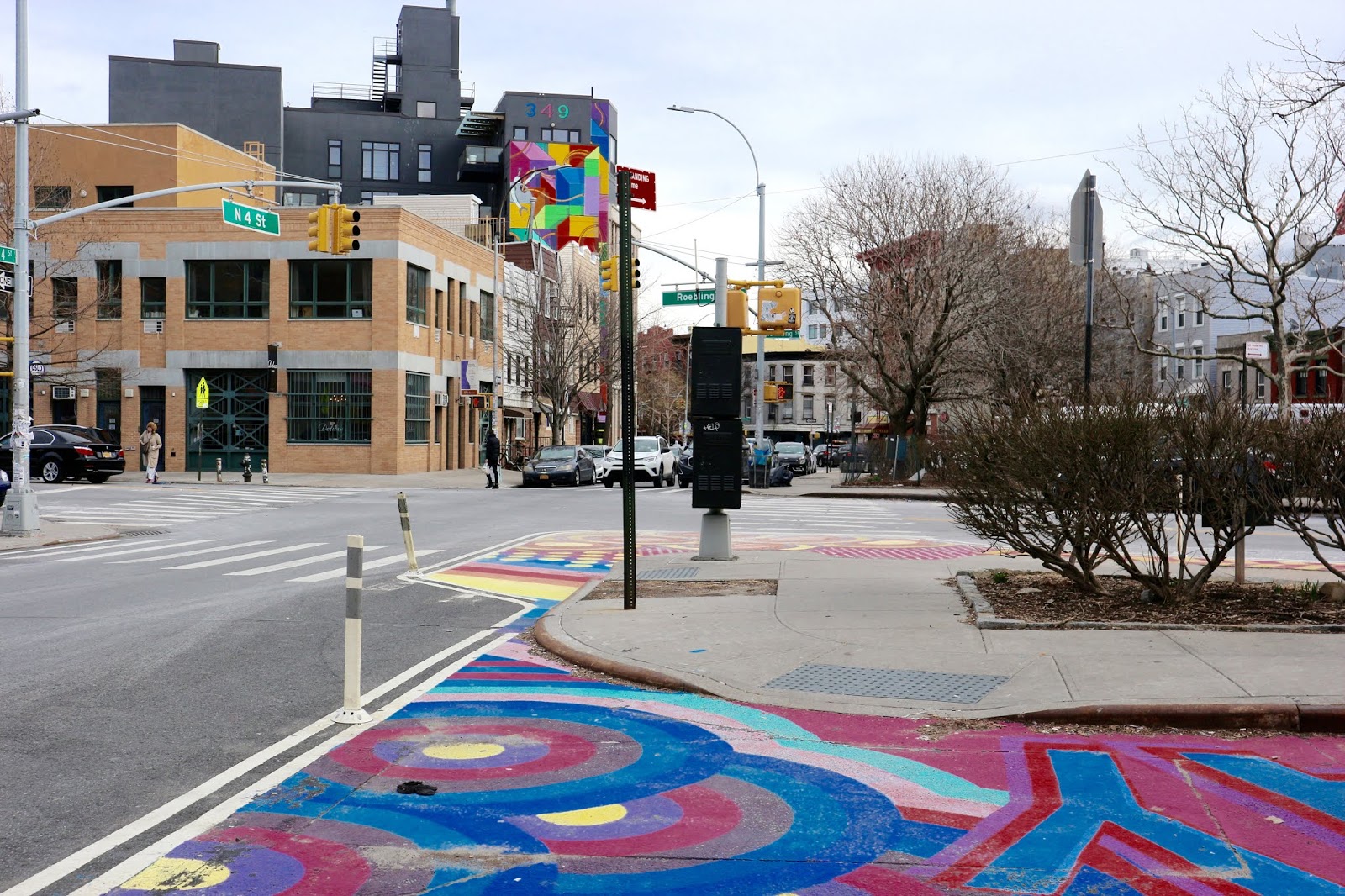 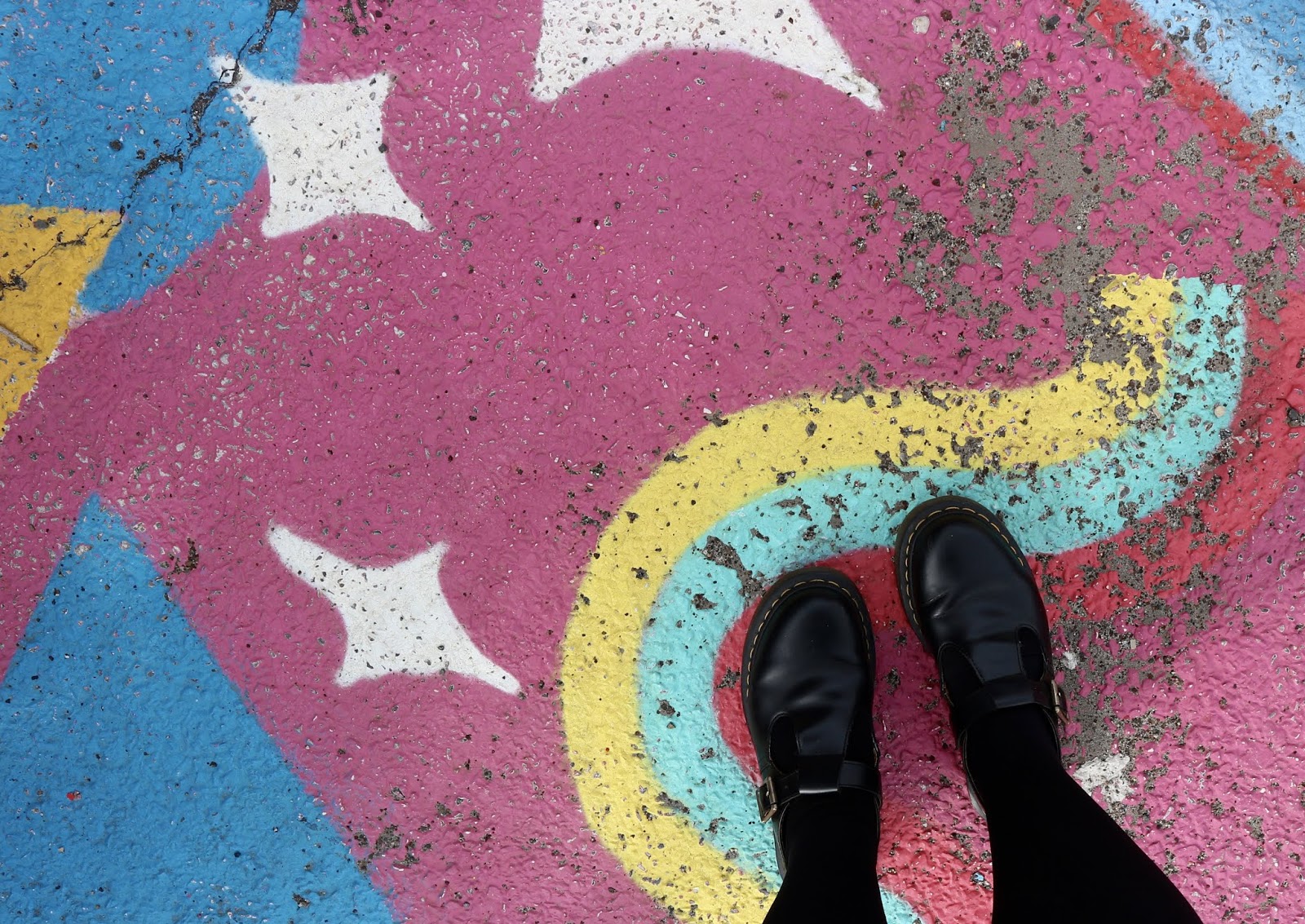 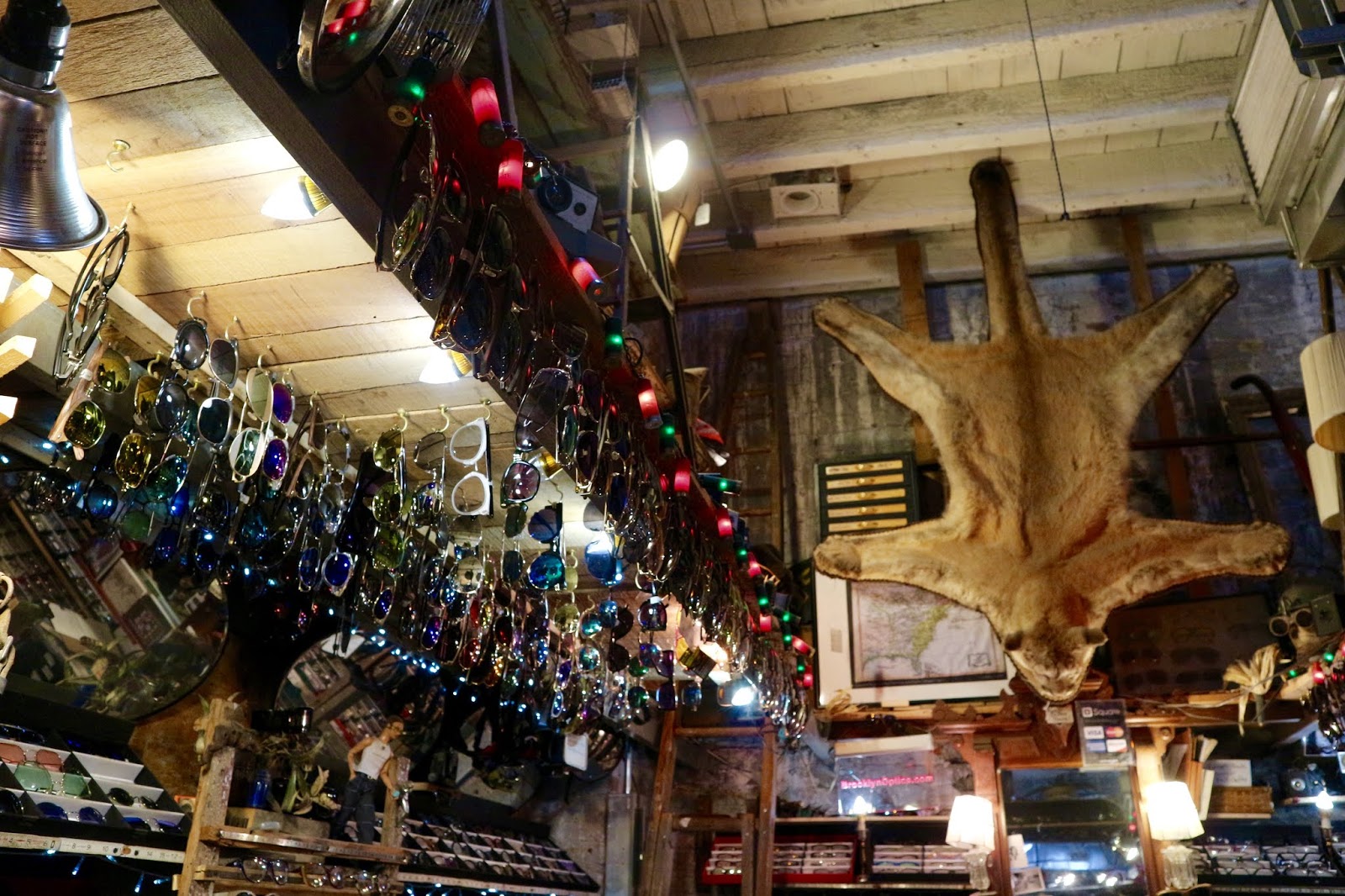 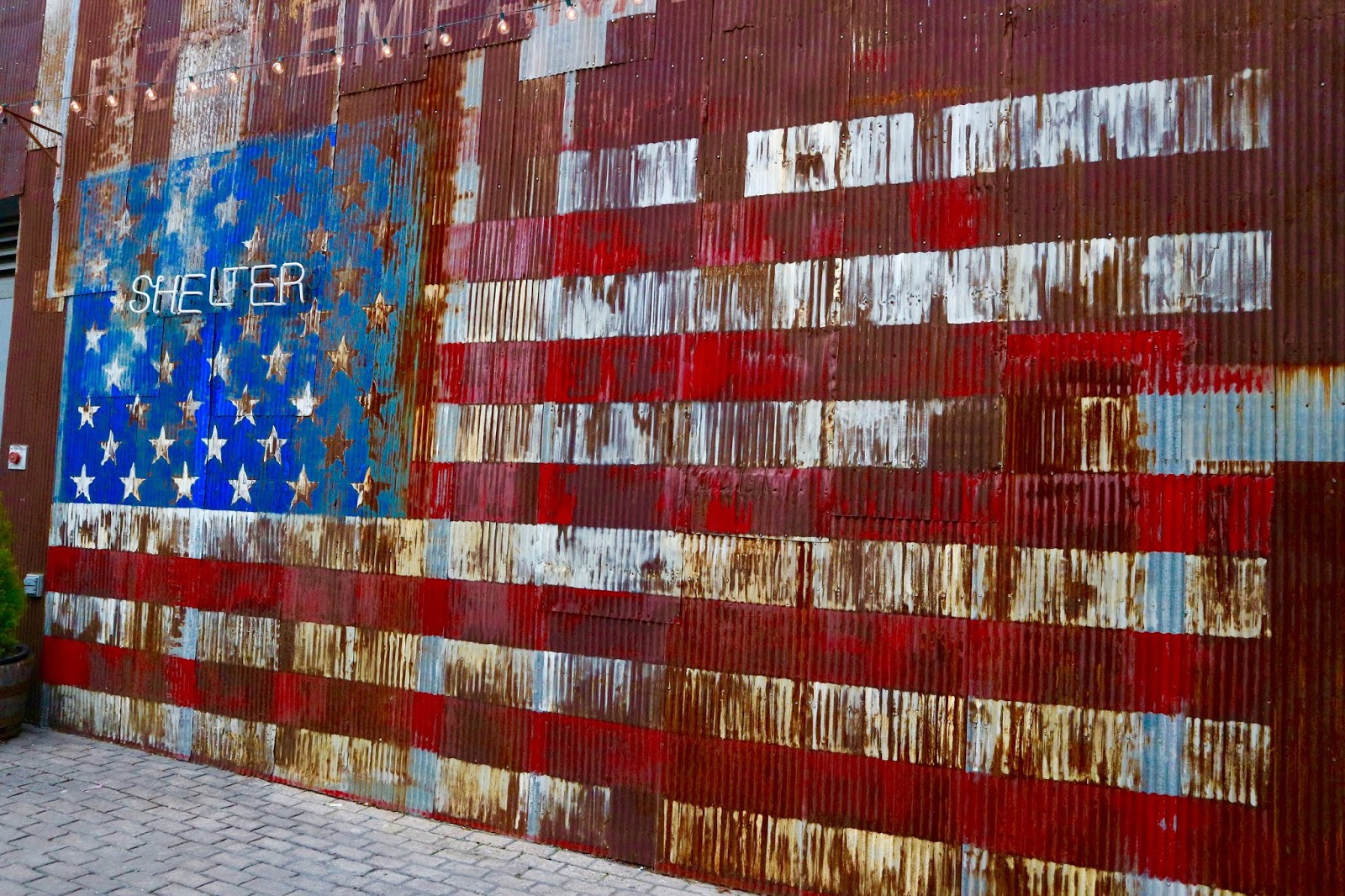 Brooklyn, New York Borough - A place I wasn't expecting to fall so in love with was Brooklyn. I had heard from other people that it was amazing but it certainly surpassed the hype and is truly a must-see when visiting New York. As well as being a hot spot for foodies (it's home to some of the most iconic pizza restaurants in all of New York), it's also full of incredible vintage and record stores, unique street art and bursting with personality. If you get a chance also, be sure to swing in to the Brooklyn Brewery for their world famous brewery tour.
I only got to spend one day in Brooklyn but it's definitely a priority for when I revisit one day. I started out my visit by crossing over the iconic Brooklyn Bridge and getting a good look at the amazing view of the city. I then passed through DUMBO and explored the surrounding streets, stopping off at the Brooklyn Brewery and Joe's Pizza for a slice; easily the best pizza I've ever had at just $3. 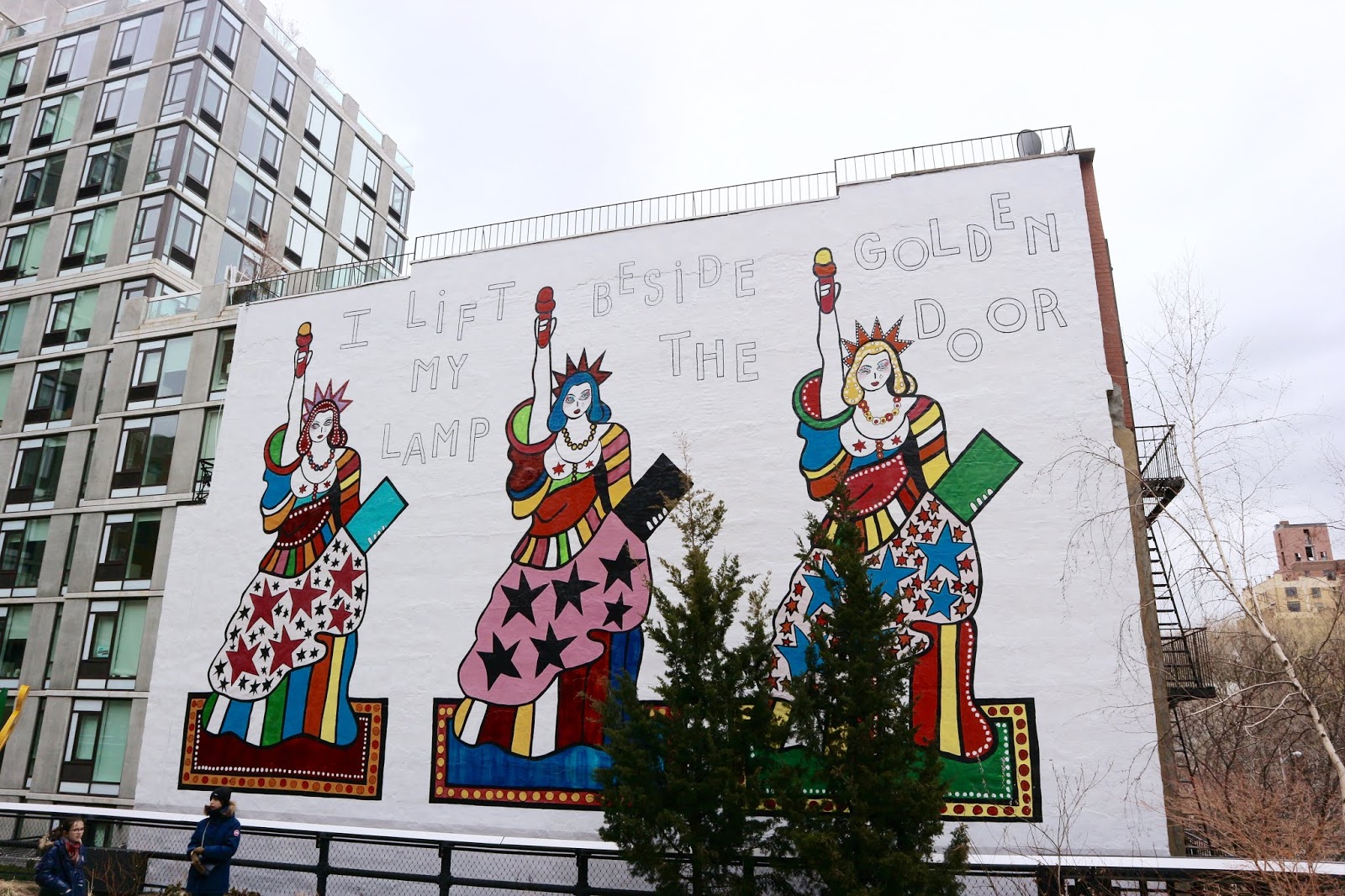 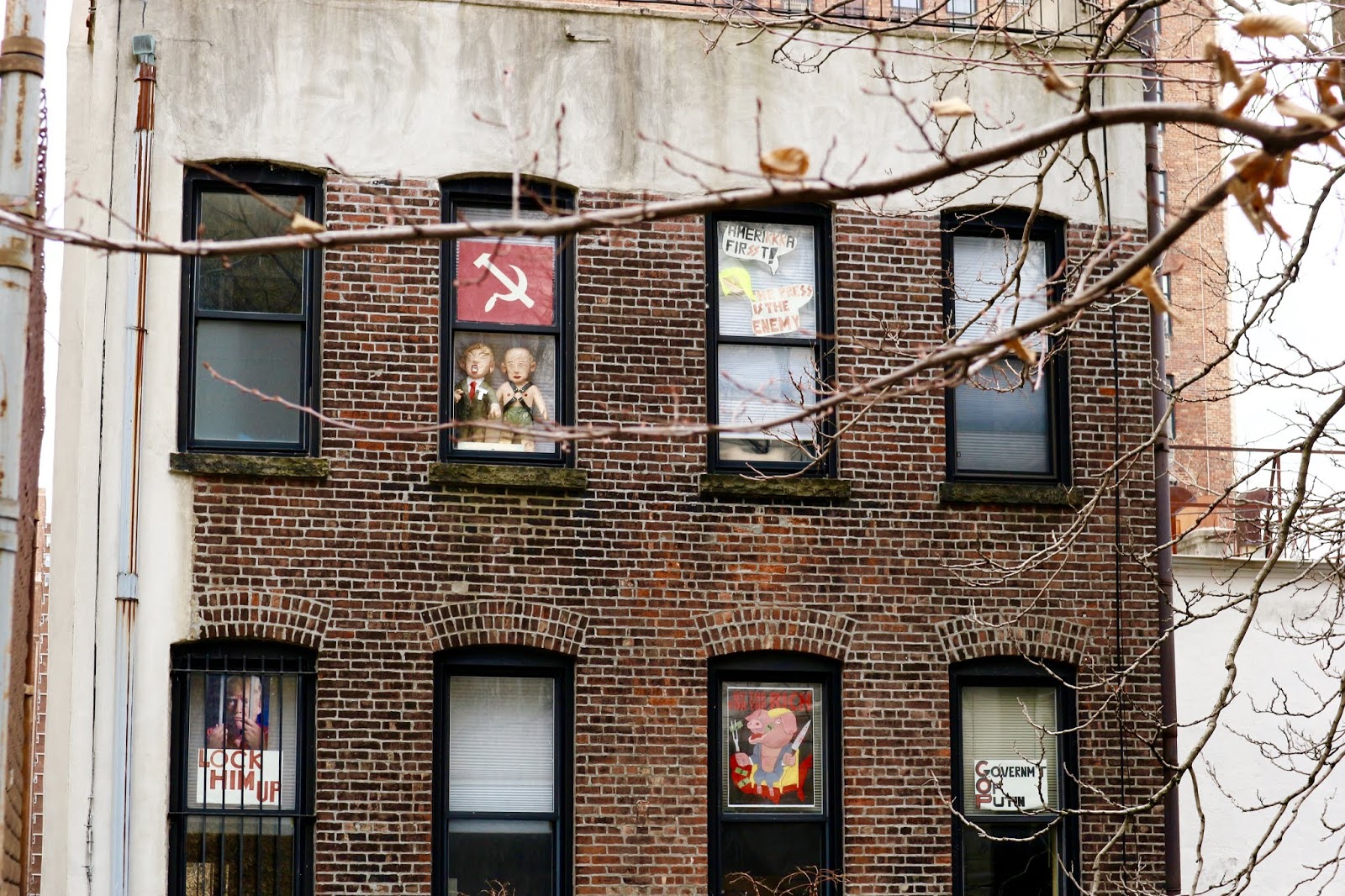 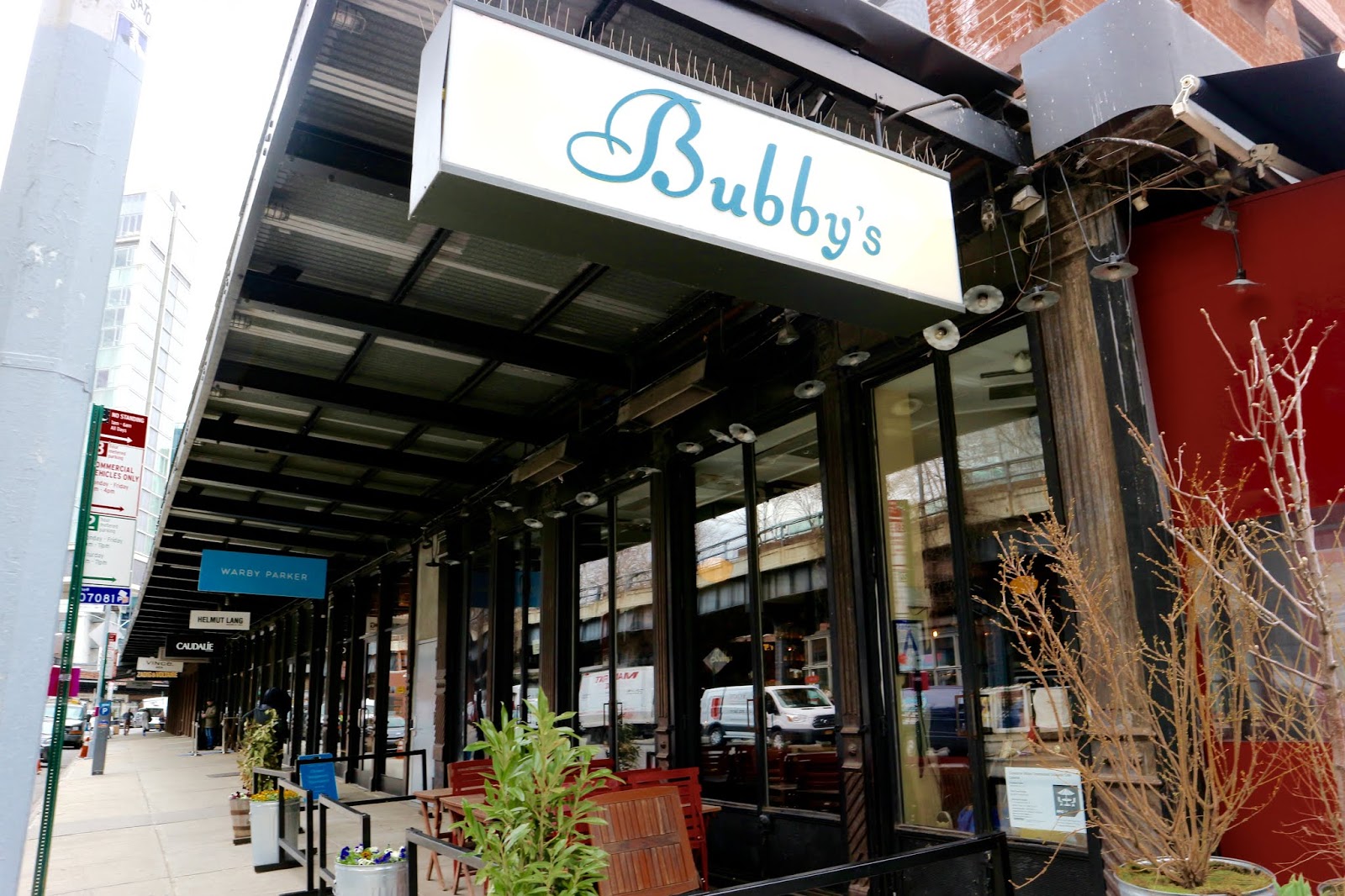 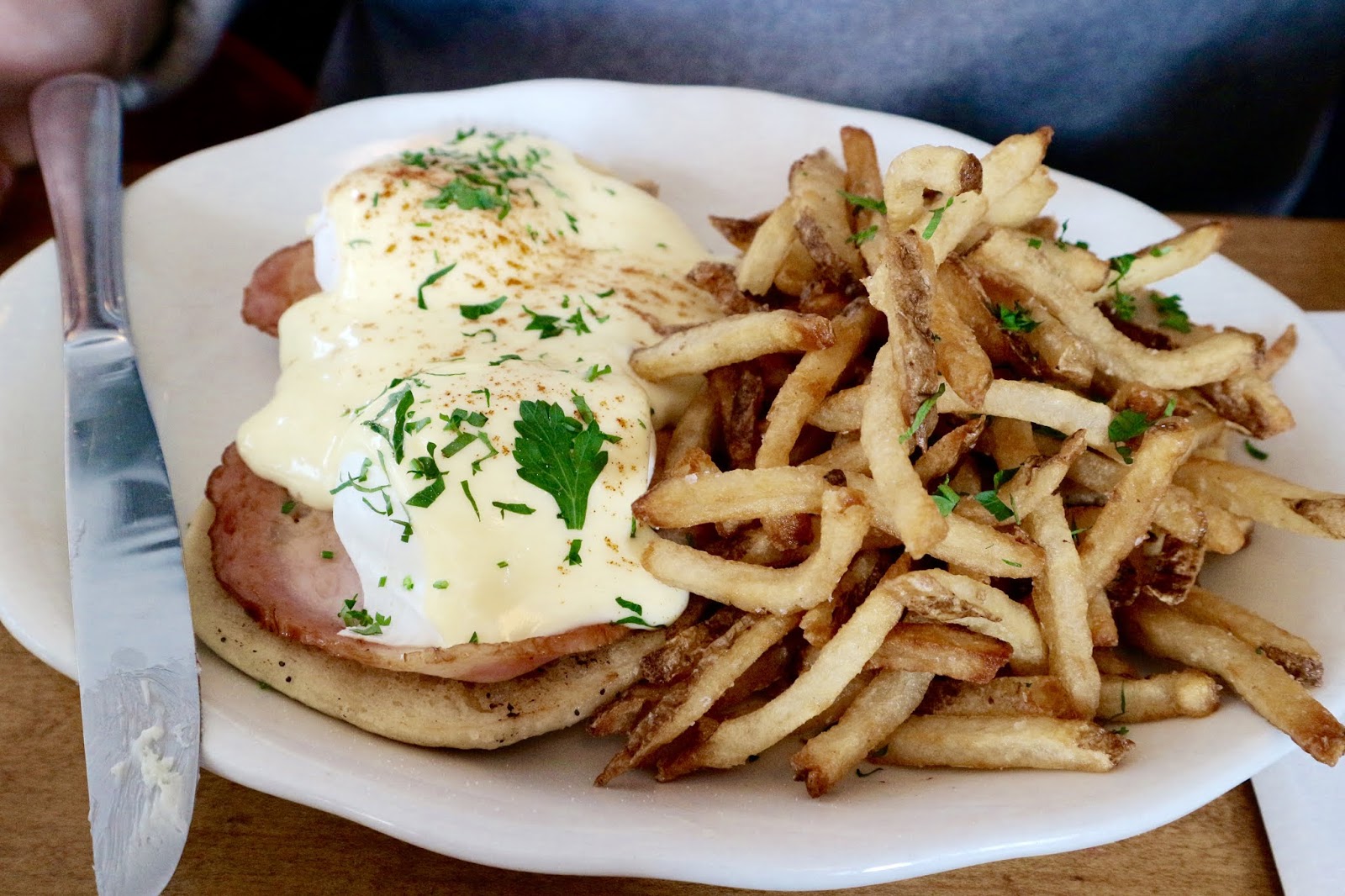 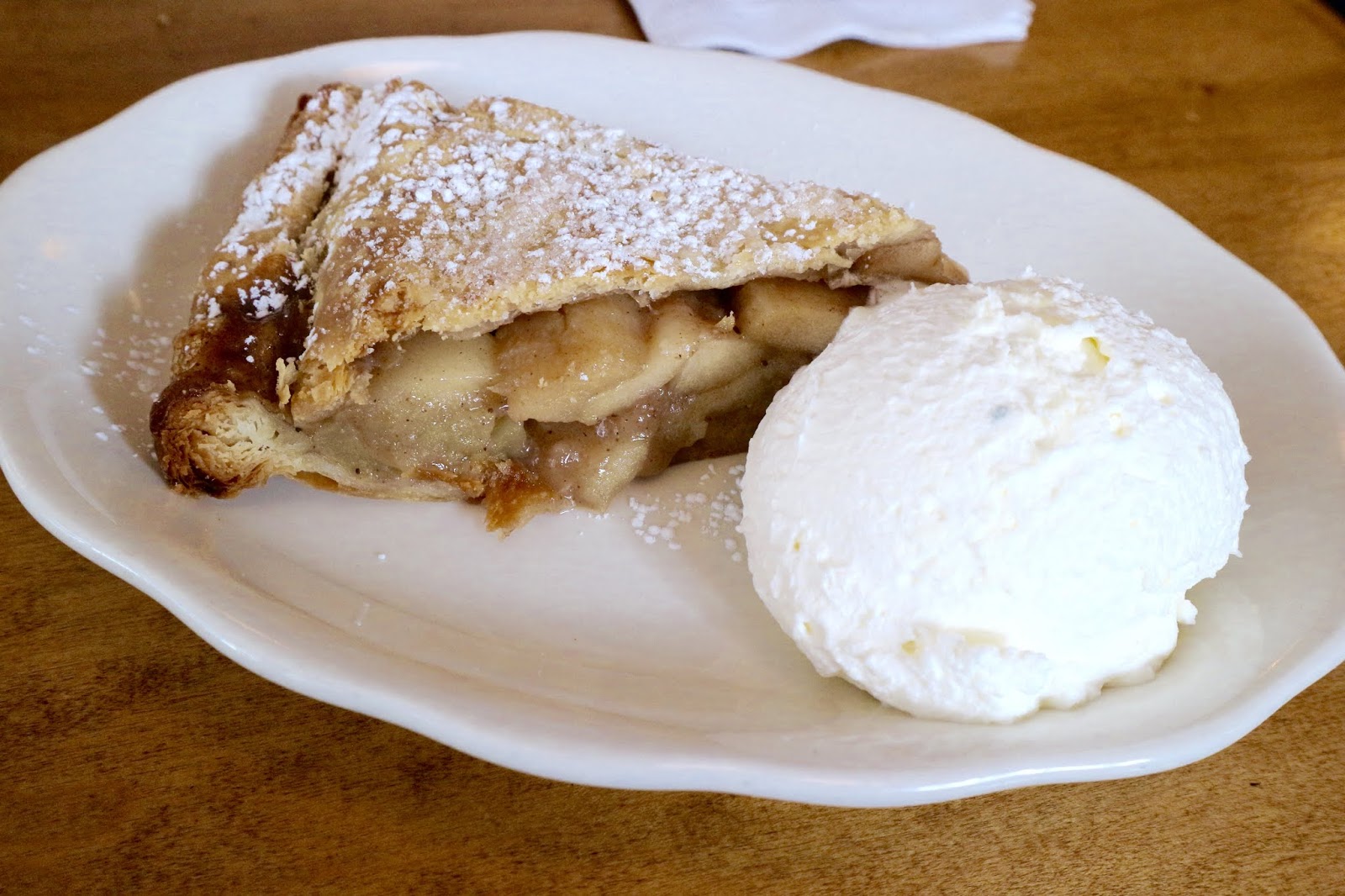 The High Line and Bubby's, Gansevoort St. to W 34th St , New York - Once a historic freight rail line, The High Line is now a public park that's funded by volunteers and The Friends of The High Line. Elevated above the streets on Manhattan’s West Side, it was saved from demolition by neighbourhood residents and the City of New York and opened in 2009 as a hybrid public space where visitors experience nature, art, and design. All 2.33km are decorated with sculptures and street art from local artists and incredible views of the city.
Of course, at the end of High Line is one of New York's beloved breakfast restaurants, Bubby's. I first found out about this place from a Casey Niestat video but it really didn't let me down. Bubby's opened in 1990 and has emerged as one of NYC's most famous pie and brunch spots. The service was fantastic and I cannot recommend their biscuits enough. 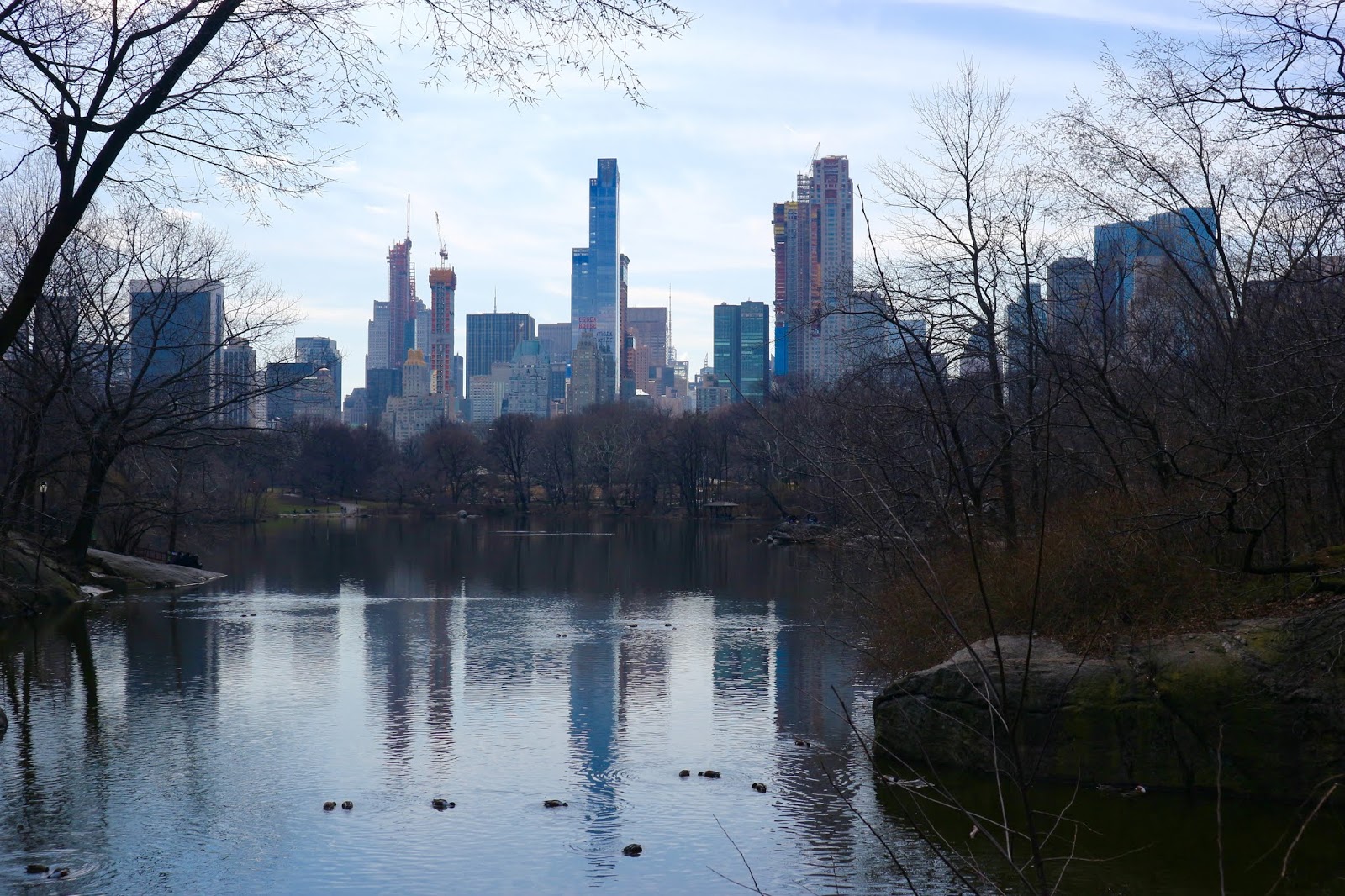 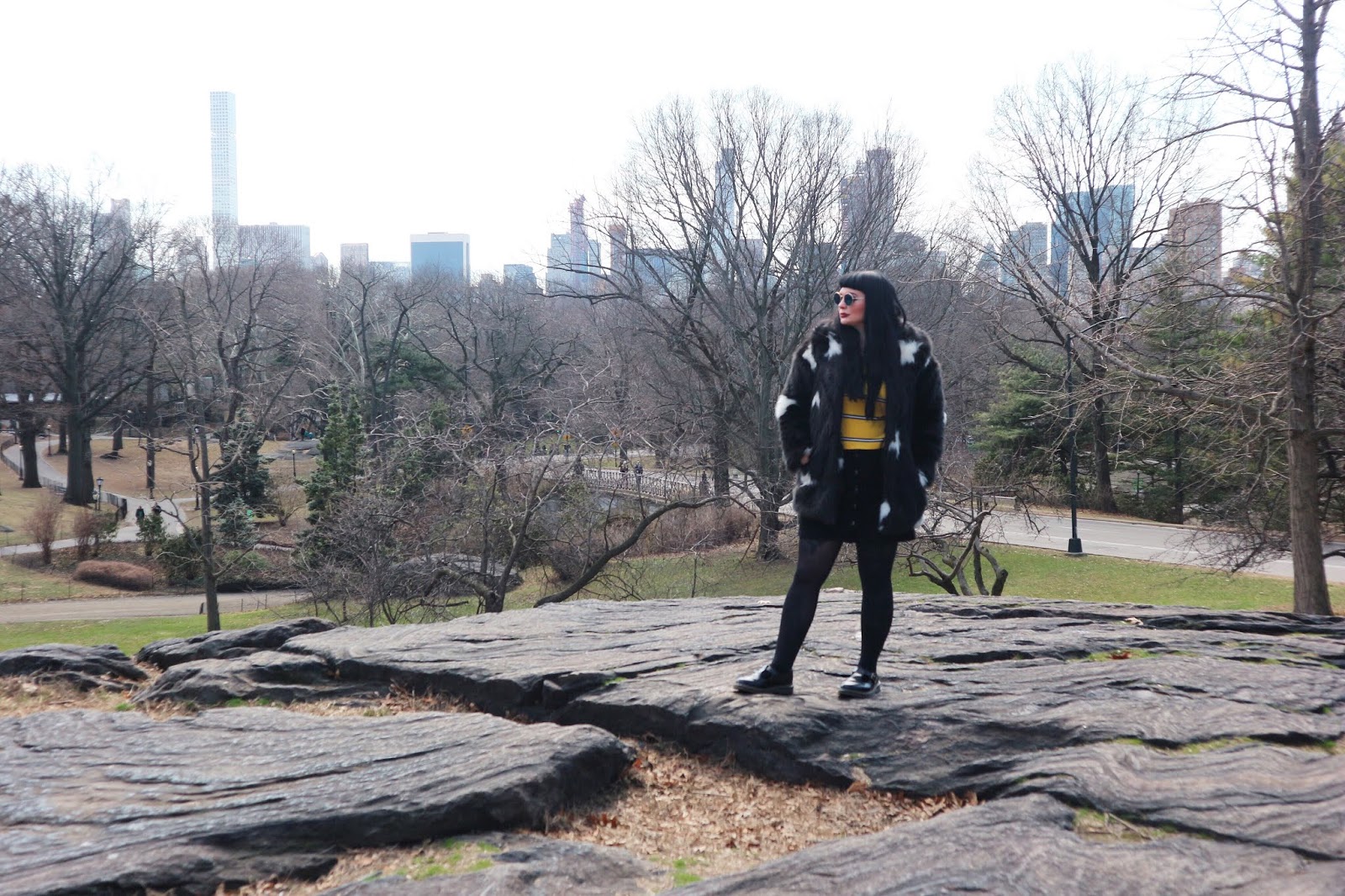 Central Park, Manhattan, New York City - Located between the Upper West Side and Upper East Side, there's not a great deal to say about Central Park other than it is a really beautiful part of the city and not to be missed. Being a total tourist, it was naturally on my list of things to do whilst visiting NYC but I was not expecting it to be as amazing as it was. On my second visit to New York, I spent hours just walking round. As well as having many-a-film shot there, it also has an Alice in Wonderland statue, the Central Park zoo, the famous Strawberry Fields and a swiss cottage. And of course in the winter, it also has a ice rink.
Well, it only took me well over a year but I finally put together something from my New York travels. The downside, however, is that in putting writing this post it has made me really miss the place and I'm desperate for another trip back to see Rose and the city. But tell me, have you ever been to New York? Where are some of your most favourite tourist spots? As always, I love reading your comments so please do leave me lots of lovely ones down below.
Until next time,

Travel Diary: 5 Unmissable Things To Do In New York, USA