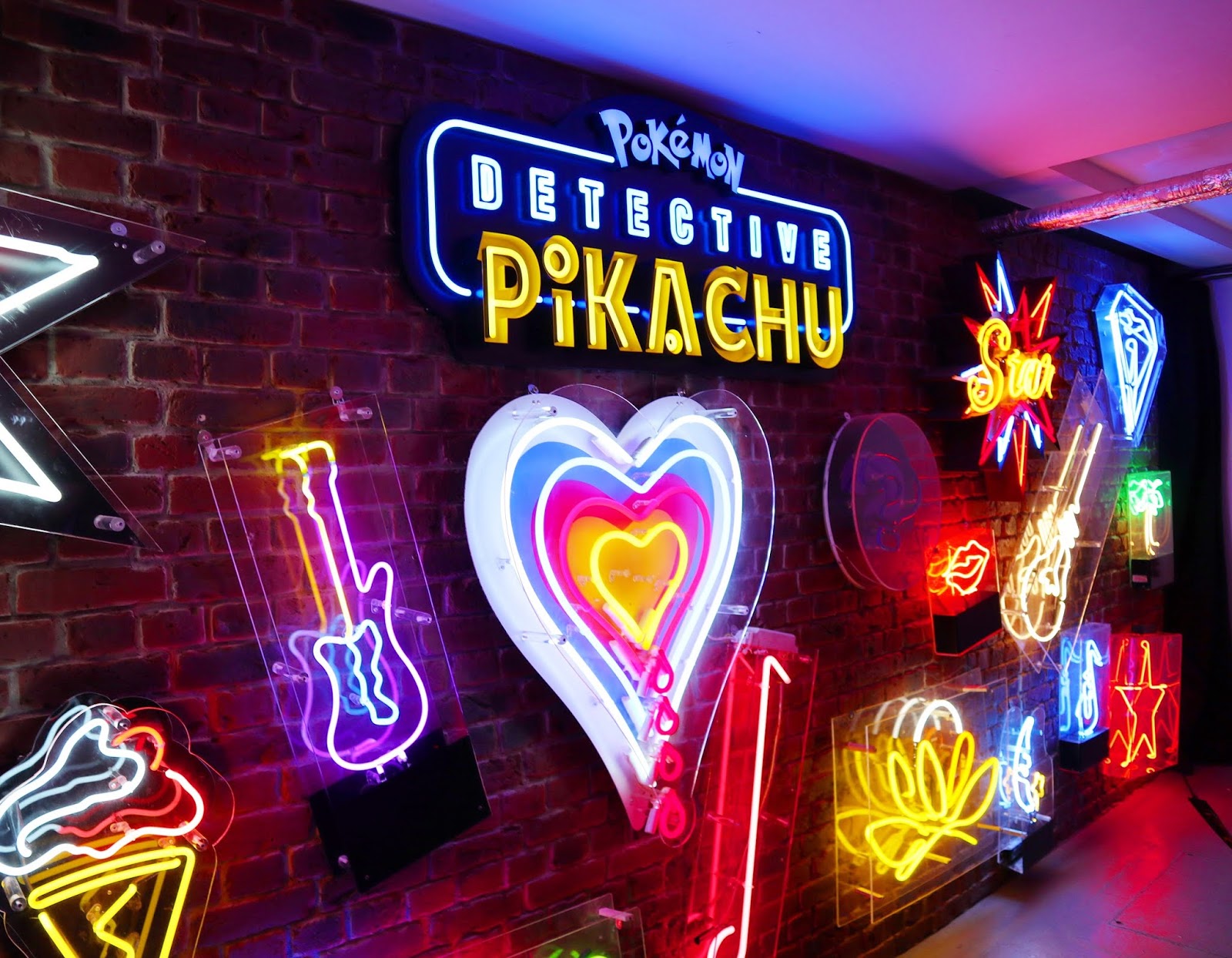 Pika Pika! To celebrate the release of Pokémon: Detective Pikachu in UK cinemas on May 10, Warner Bros. have created a neon noir pop-up. Complete with Jigglypuff karaoke booths, Pikachu nail bar and bubble teas, myself and Clarisse headed along to check it out before opening day.

The New York Botanical Garden
Sweet Home Chicago: Come For The Cann…
What Is the Butterfly Effect and How …
Prey Review – Should You Watch It?
Jump Out Of The Frying Pan Into The F… 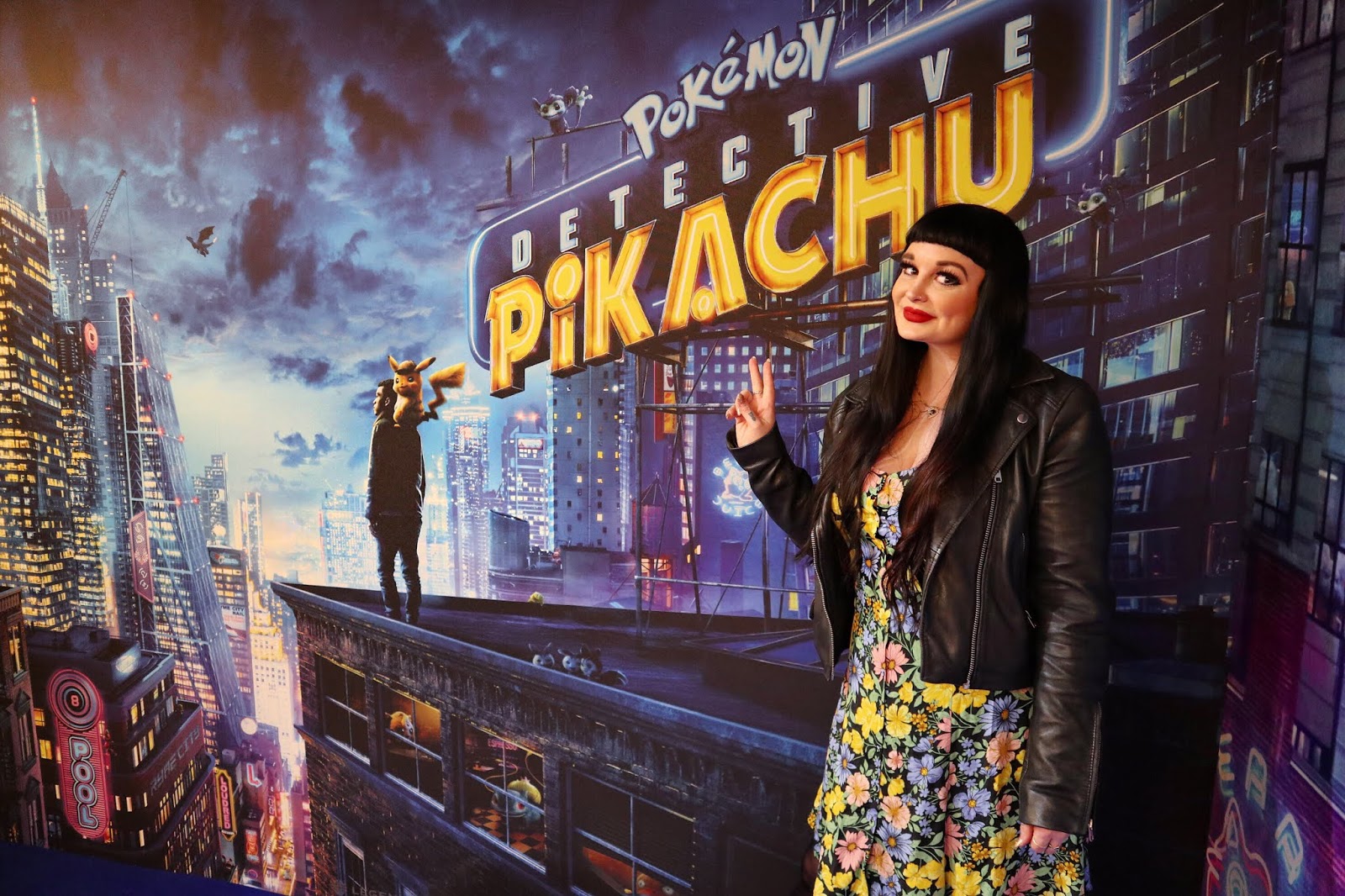 Located in London's Covent Garden, Detective Pikachu has painted the town yellow - decking out two floors with endless photo opportunities in the style of a neon-lit Ryme City. Playing on the coffee addiction of Detective Pikachu, fans could indulge on Pikachu decorated coffee and hot chocolate drinks, yellow turmeric lattes or grab a yellow bubble tea or fruit juice before entering inside the infinity room of endless lightening bolts. 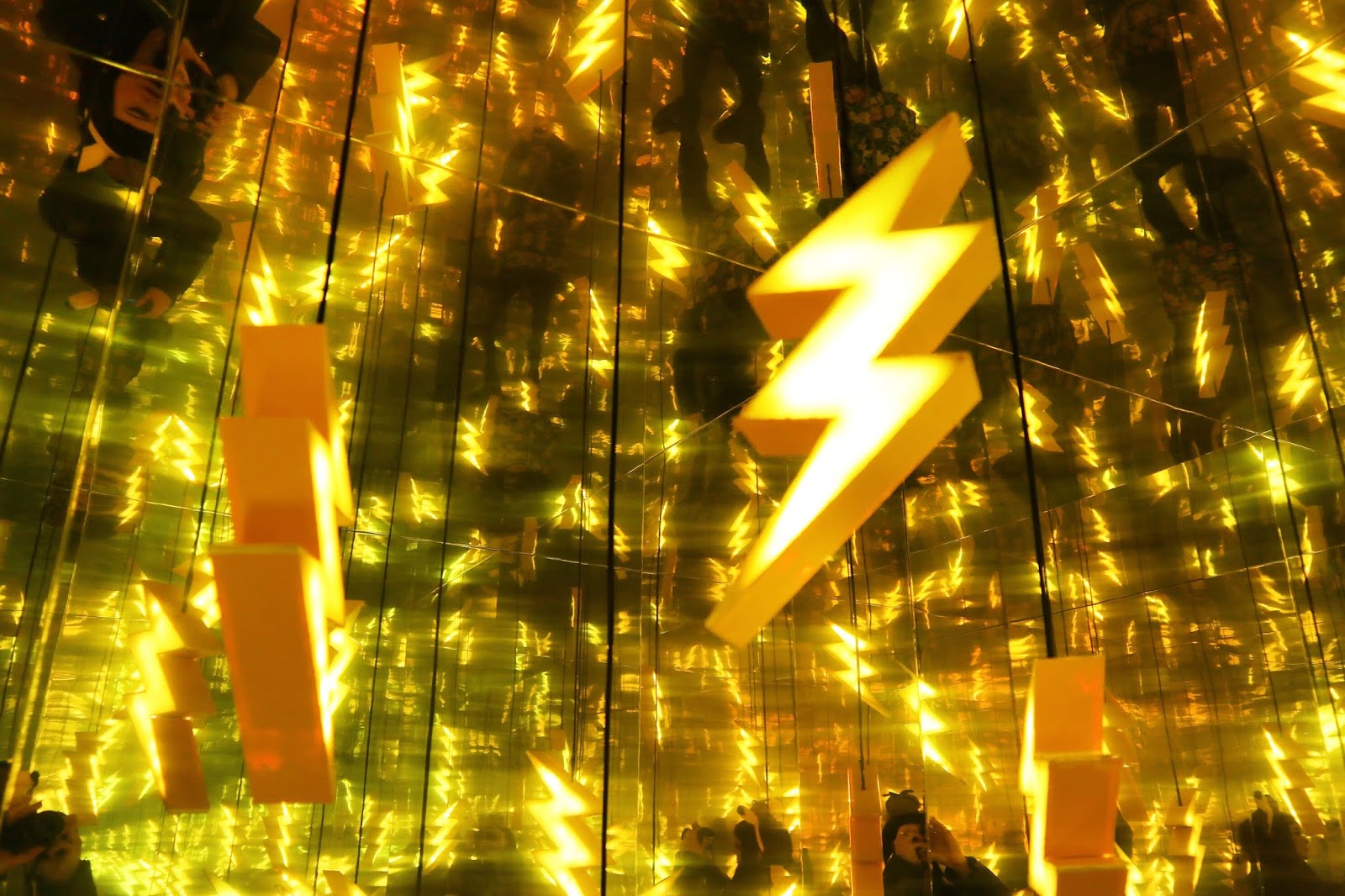 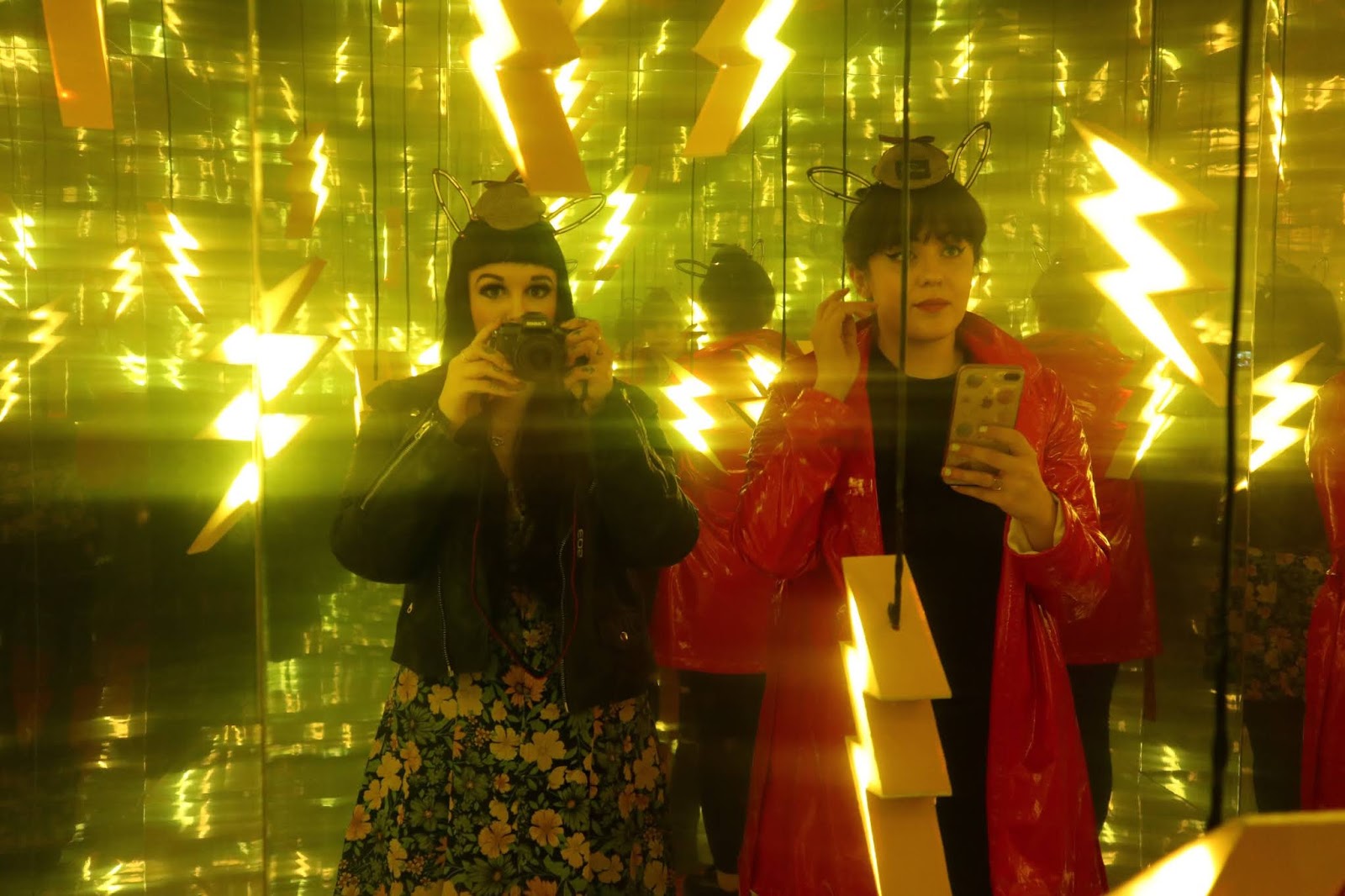 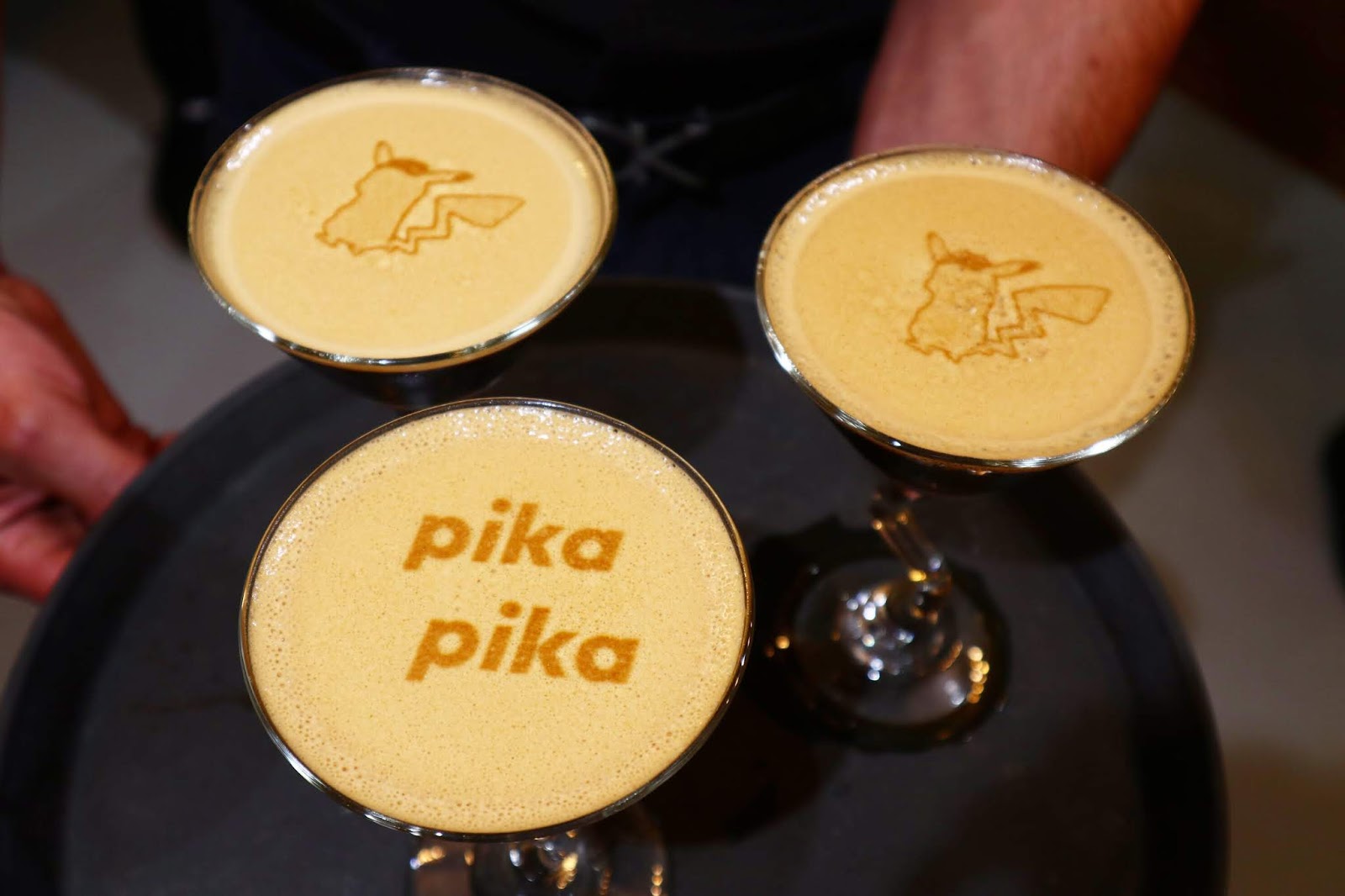 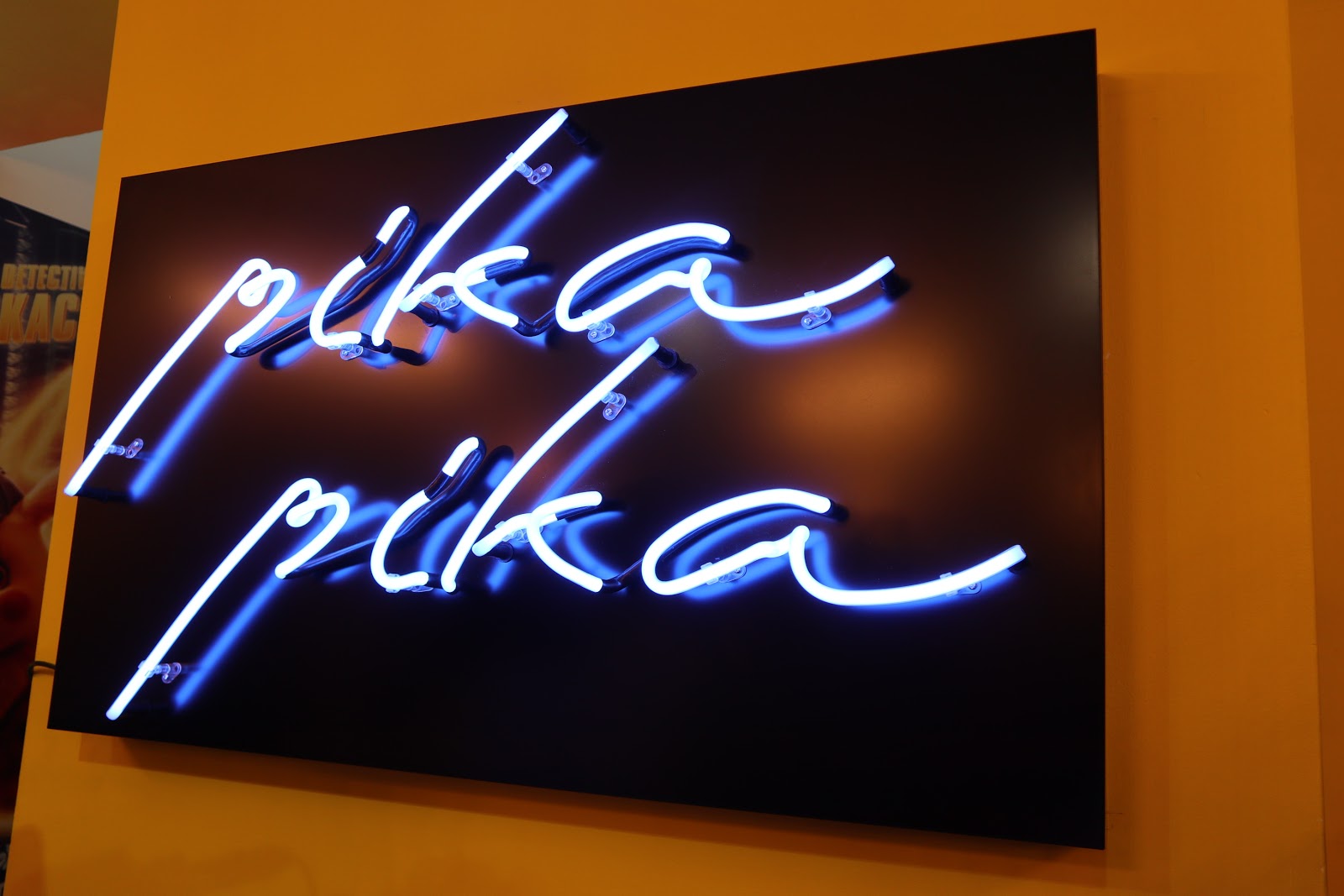 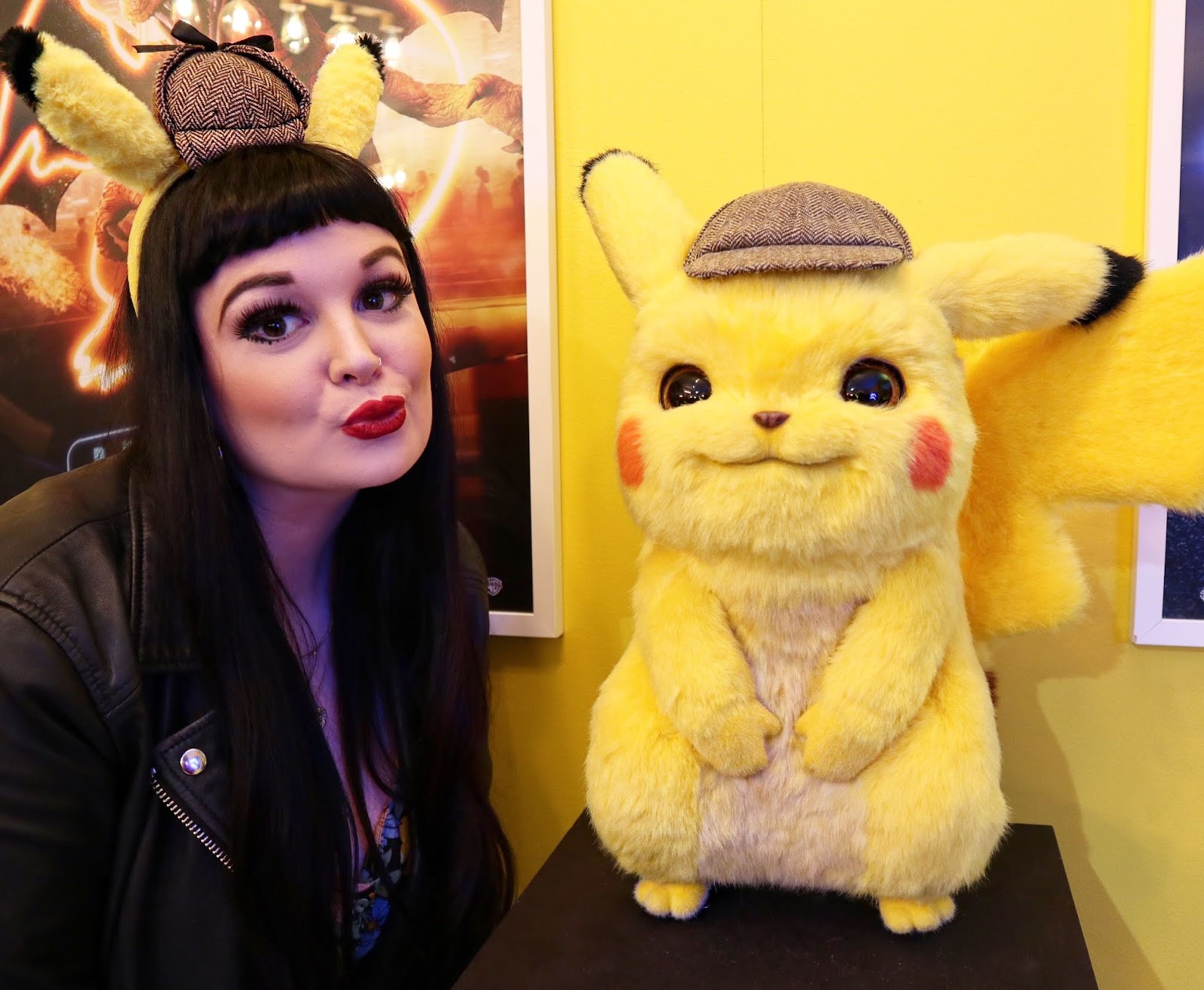 For those of you who have not yet heard of Pokémon Detective Pikachu, the Film stars Justice Smith and Ryan Reynolds as the voice of Pokemon, Following the mysterious disappearance of detective, Harry Goodman, his 21-year-old son, Tim (Smith) travels to Ryme City - a city in which Pokémon and humans co-exist in peace. Despite his lack of rapport with Pokémon, Tim teams up with Harry's former Pokémon partner, Detective Pikachu. Finding that Tim is the only human who can talk with Pikachu ( wise-cracking, sacastic creature with a coffee addiction), they join forces to unravel the tangled mystery but uncover something far bigger. 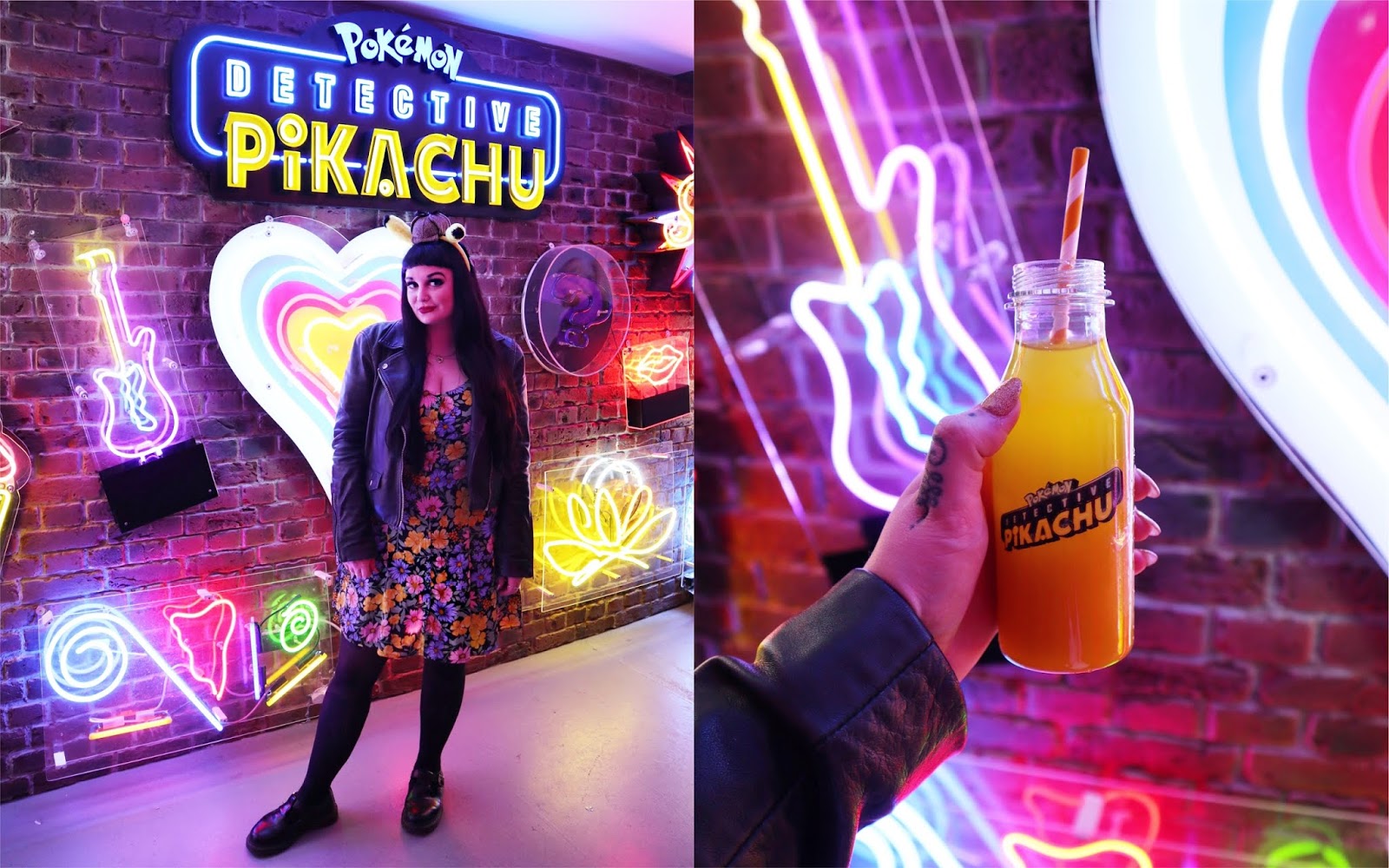 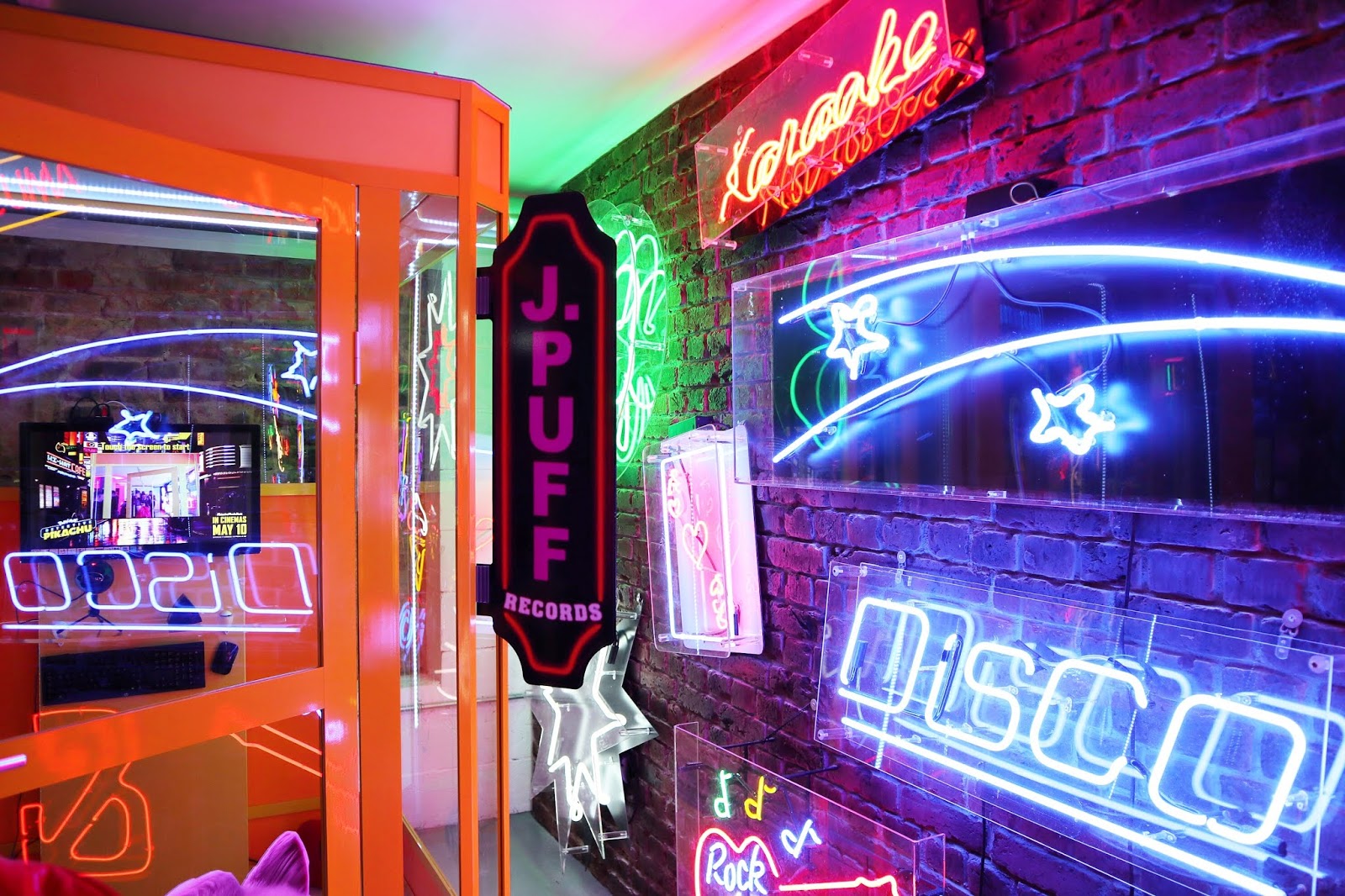 Once we were done exploring upstairs (and even meeting the man of the hour himself), we headed down to the basement which was covered from wall-to-wall in stunning neon lights. Here, we made our way through the catalogue of catchy songs - channeling our inner Jigglypuff in interactive karaoke booths. We were terrible but we gave it our all, with such classics as Dolly Parton's 9 to 5 and Taylor Swift's Shake It Off. 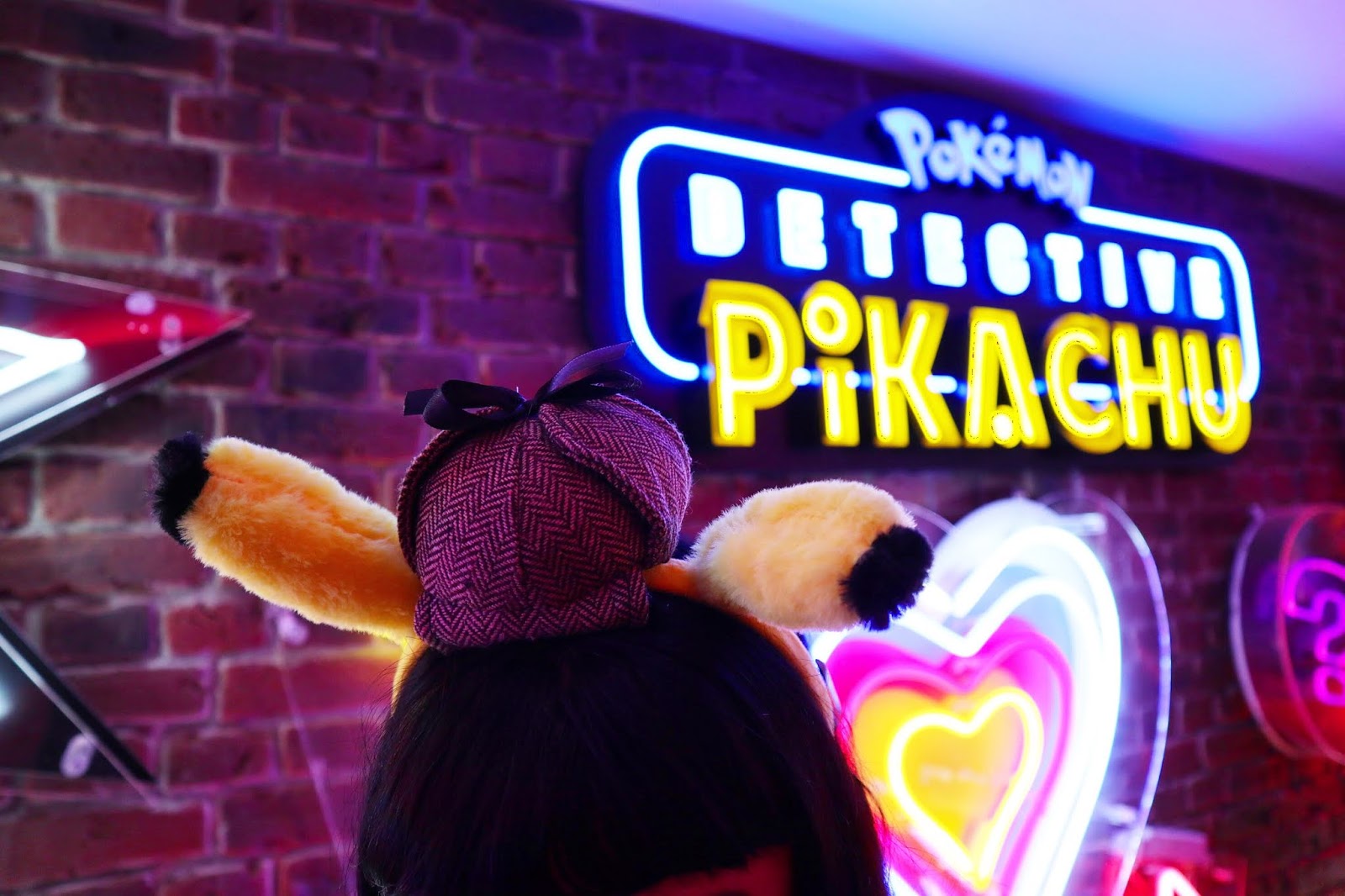 On top of just being the most Instagrammable basement you can imagine with a fantastic karaoke selection, you could even get your own Pikachu inspired nail art by WAH Nails. I've been a huge fan of WAH nails for a while so as you can imagine this was very exciting for a whole number of reasons. 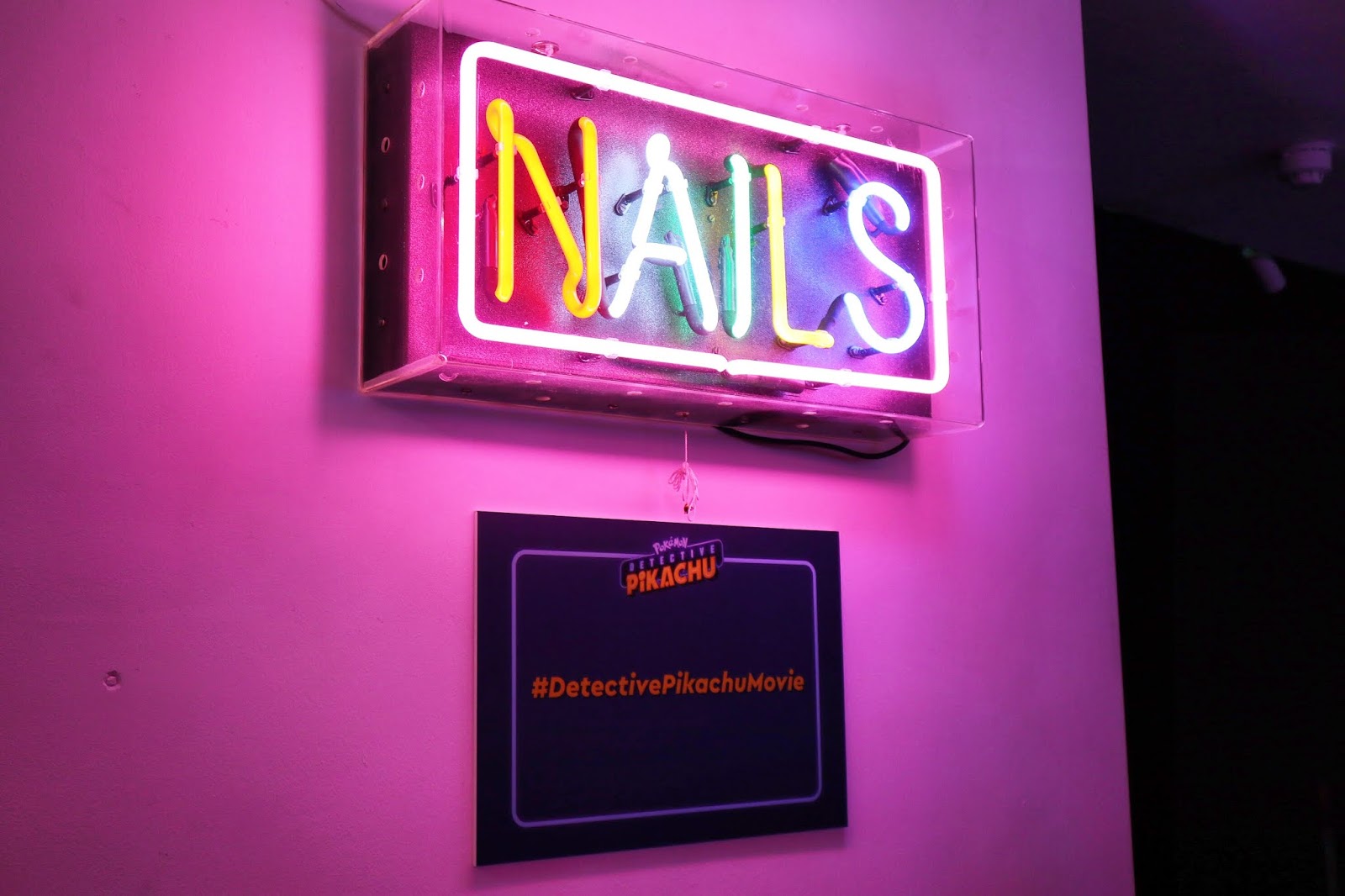 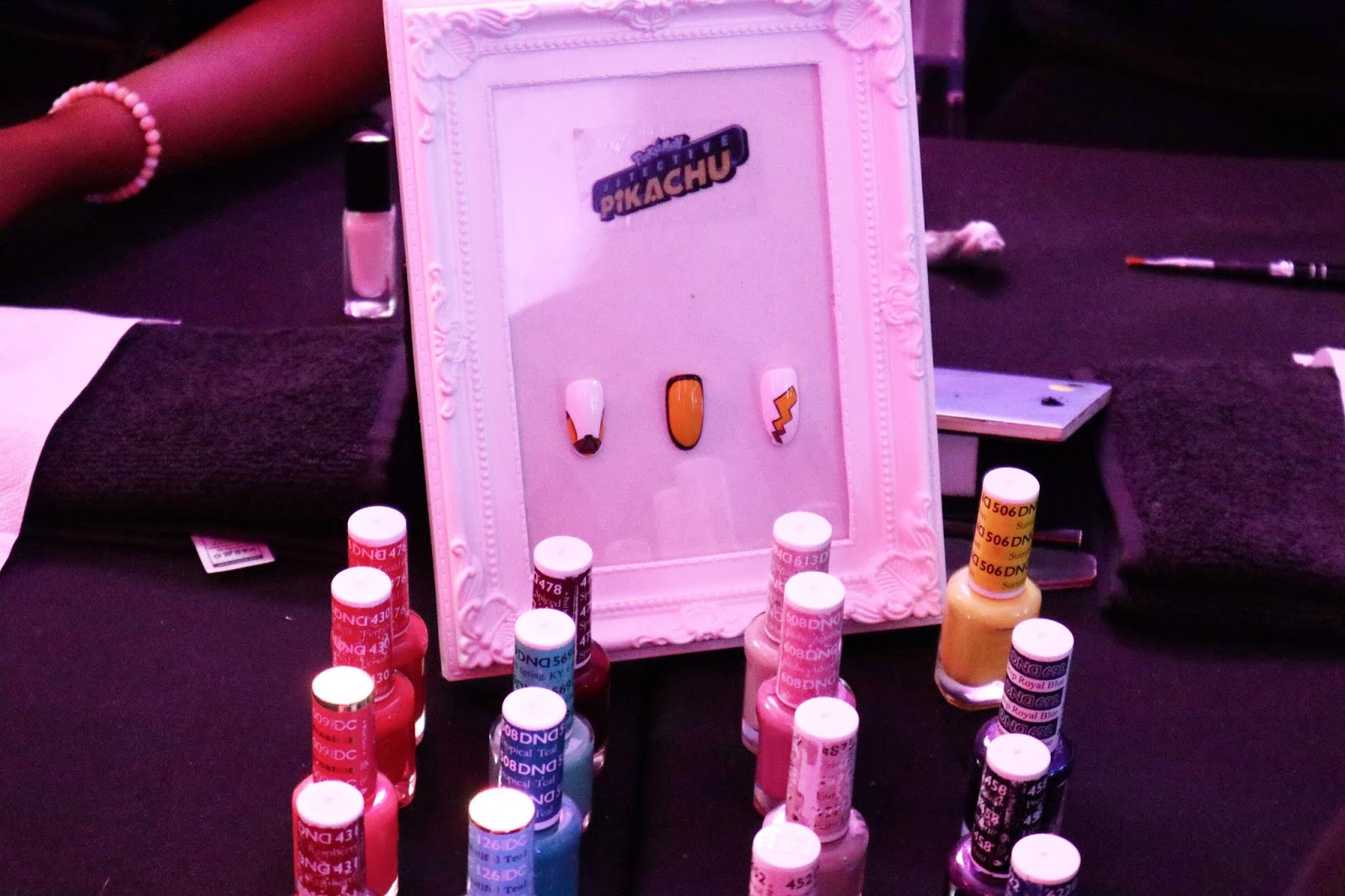 Myself and Clarisse didn't get a chance to attend these but apparently there were also some amazing workshops taking place at set times over the next few days; including Pikachu cupcake icing Kim-Joy from The Great British Bake Off, yoga sessions with Frame (a Mr Mime inspired mime) and Psyduck inspired massages. After a few hours of drinking our weight in bubble tea and coffee cocktails, we thought we'd call it a night but were definitely super impressed by the level of detail and effort Warner Bros. have gone to in creating such a fun and interactive event for the film. 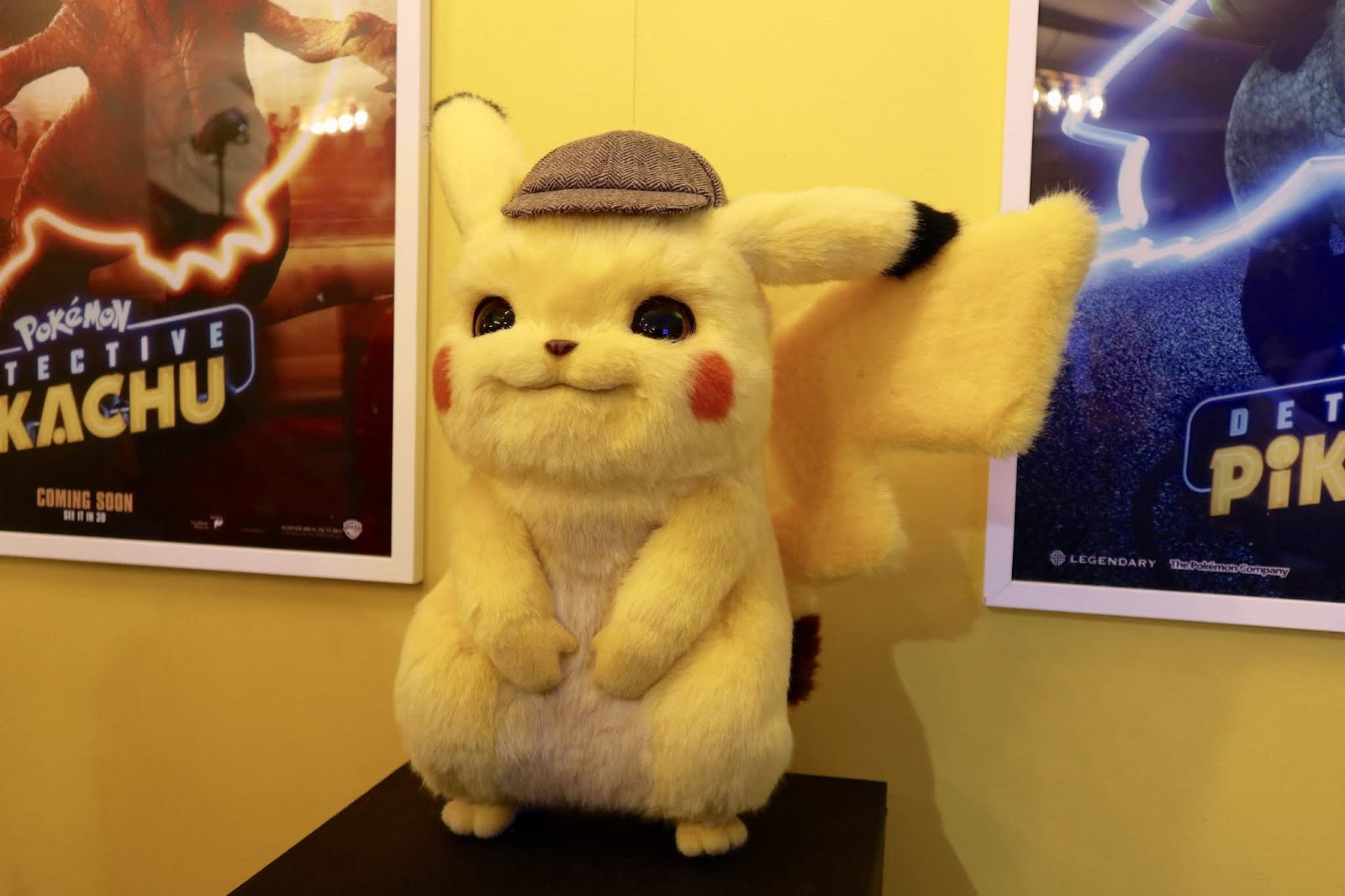 Sadly, the event has now finished but is another excellent example of how film marketing is adapting and growing in recent years. As with events such as those for How To Train Your Dragon and The Nun, it's so awesome to see how film distributors are coming up with new and exciting ways to showcase their films. As always, a huge thanks to Warner Bros. for hosting us - we had a great time and both Clarisse and myself really enjoyed the film. You can see Detective Pikachu for yourselves  in UK cinemas from May 10.

Well, that's it for another wonderful film event but tell me, are you excited to Detective Pikachu? What are some of your favourite Pokemon? As always, I love reading your comments so please do leave me lots of lovely ones down below.

This post first appeared on POPCORN AND GLITTER, please read the originial post: here
People also like
The New York Botanical Garden
Sweet Home Chicago: Come For The Cannabis Conference, Stay For The Blues Brothers, The History And The Music!
What Is the Butterfly Effect and How Do We Misunderstand It?
Prey Review – Should You Watch It?
Jump Out Of The Frying Pan Into The Fire
Football fan who threw Nazi salute banned from every stadium in UK
Come si gioca con le slot machine gratis
Step-by-step recipe to make garlic breadsticks