The Unheard Voices of Sierra Madre

Plain. Repetitive. Humble.
This is how I would describe the life in a community in Sierra Madre Mountains near General Nakar, Quezon. It doesn’t have any tourist attraction, nor does anything we wouldn’t have seen in any other province in the Philippines. But this is where my life-changing story happened.
I am raised in Bukidnon. As I grow up, I find myself always pacing away from home. I studied in different cities just to find out the meaning of what they call ‘difference’. I even went as far as New York only to find the pieces of the answer I’m looking for. But the question-at-large remains - what exactly will I be doing for the rest of my life?

Ks Lash Beauty
How to prepare mango leaves for diabe…
Gem Lake Trail: The Gem Lake Colorado…
ConstitutionDAO might be in the gutte…
What to wear: outfit ideas for Christ…
It was in the year 2012 when I got the answer. I was then shortlisted as one of the 20 National Finalists to DENSO Youth Earth Action, an international environmental youth program and project proposal competition on environment. 20 eco-warriors from different places in the Philippines travelled all the way to Laguna for Mother Earth. 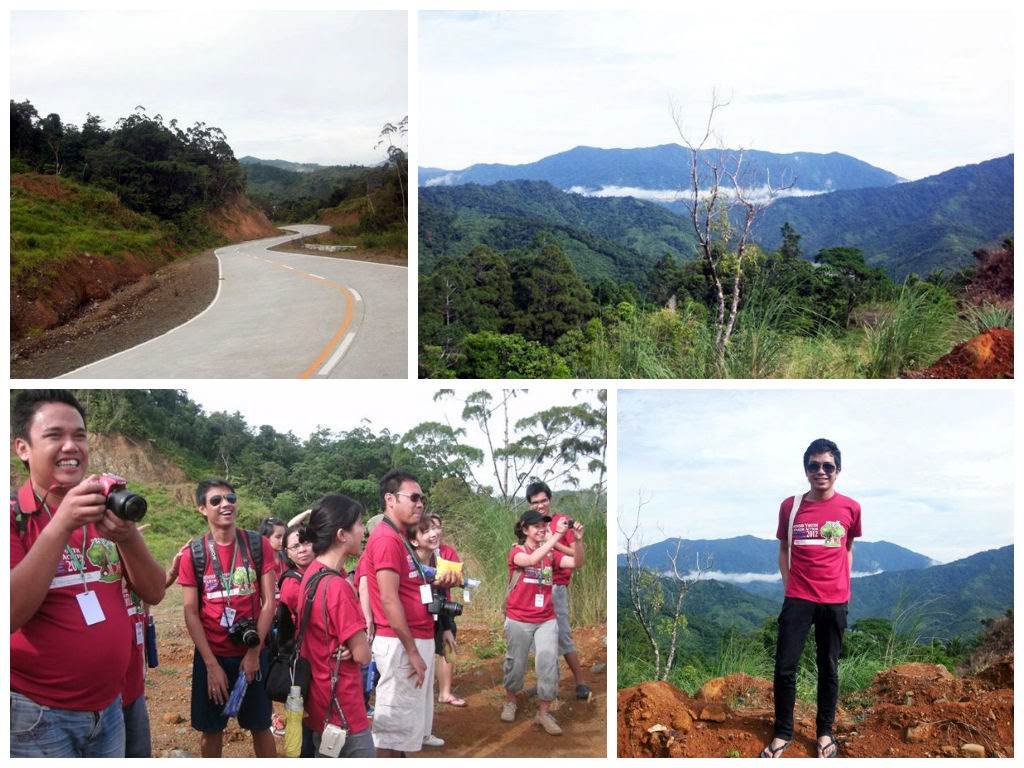 The day of immersion came. It was just an hour winding bus ride from the resort to the top of the Mountain range. The view was breathtaking. There were fogs everywhere and we seem to be higher than the clouds. And the stillness of the road where we took off perfectly complements the silence that surrounds us, allowing us to appreciate the nature around. 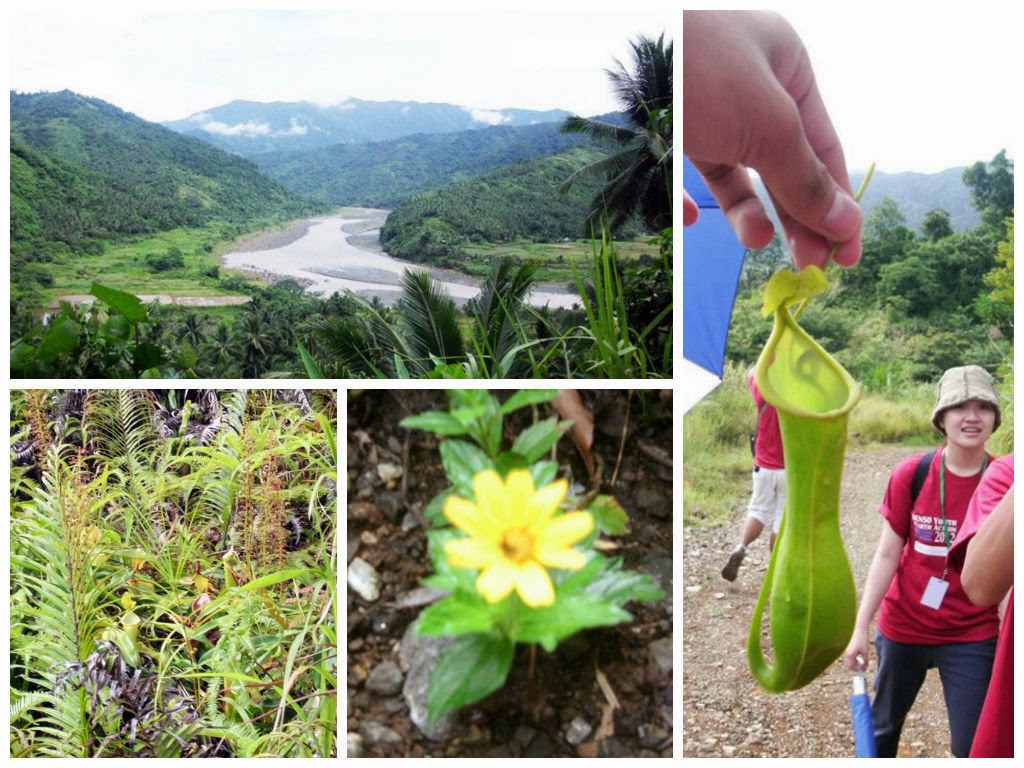 After a series of picture taking, we Started Trudging the path down the mountains. I was wearing slippers for the trek because I don’t have any trekking sandals that time. Along the way, we have found many rare plants in the biodiversity such as the carnivorous pitcher plant. We have also met some locals who are heading upwards, bringing some of their produce to sell them to the market. 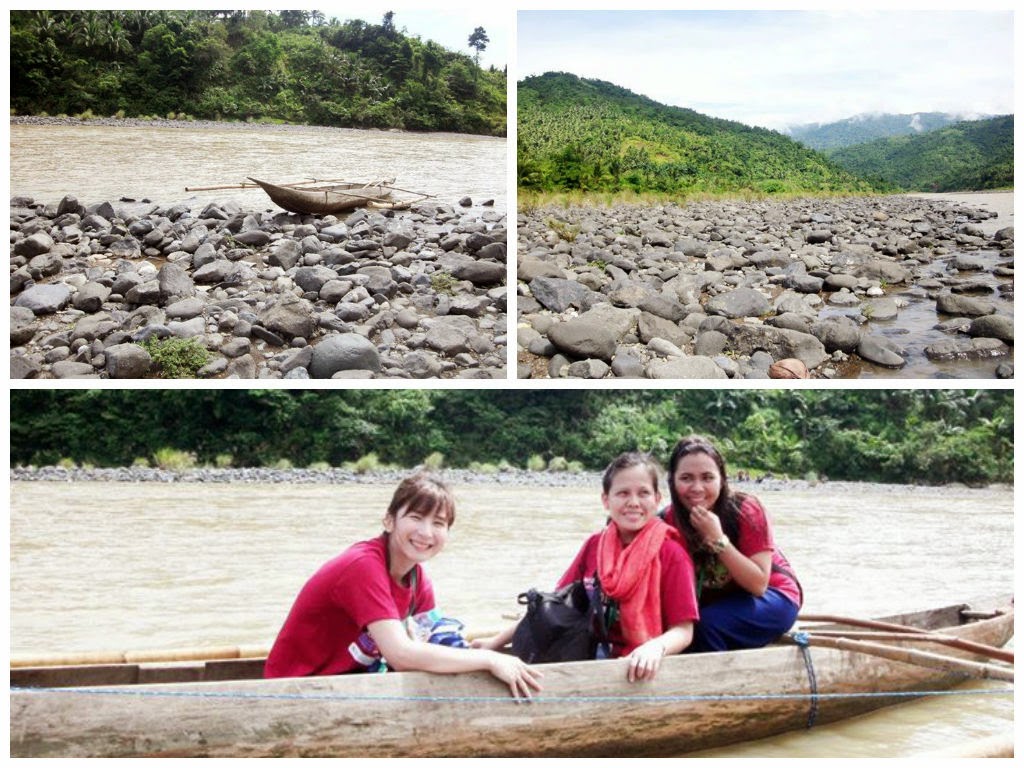 It took us about 2 hours to reach the river that we can see from above. In the river, there was only one ‘banca’ (‘small boat’) that can cater around 3-4 people. We have to cross this wide and deep river to reach our target community. It was a scary ride because we don’t have any vests and it’s also very windy. The good thing is that the ‘bankeros’ (‘boat paddlers’) were experts already in managing the ‘banca’ so they already know how to go across the waves. 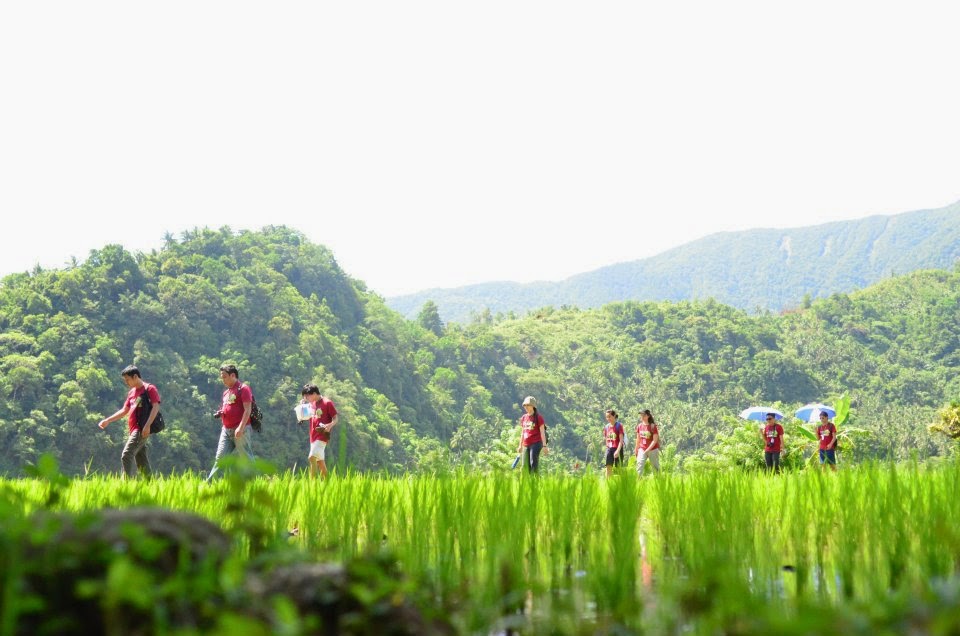 By the time we reached the other side, we took another short trek to reach the Community where we will be having our immersion. Our final leg is the school located just a distance away from some houses.
The parents of the children who were studying in the elementary school welcomed us. We were then divided into different groups. Each group was assigned a certain task and such was done in rotation to expose all of us into the different kinds of activities. We were all working to find and prepare food for our lunch. 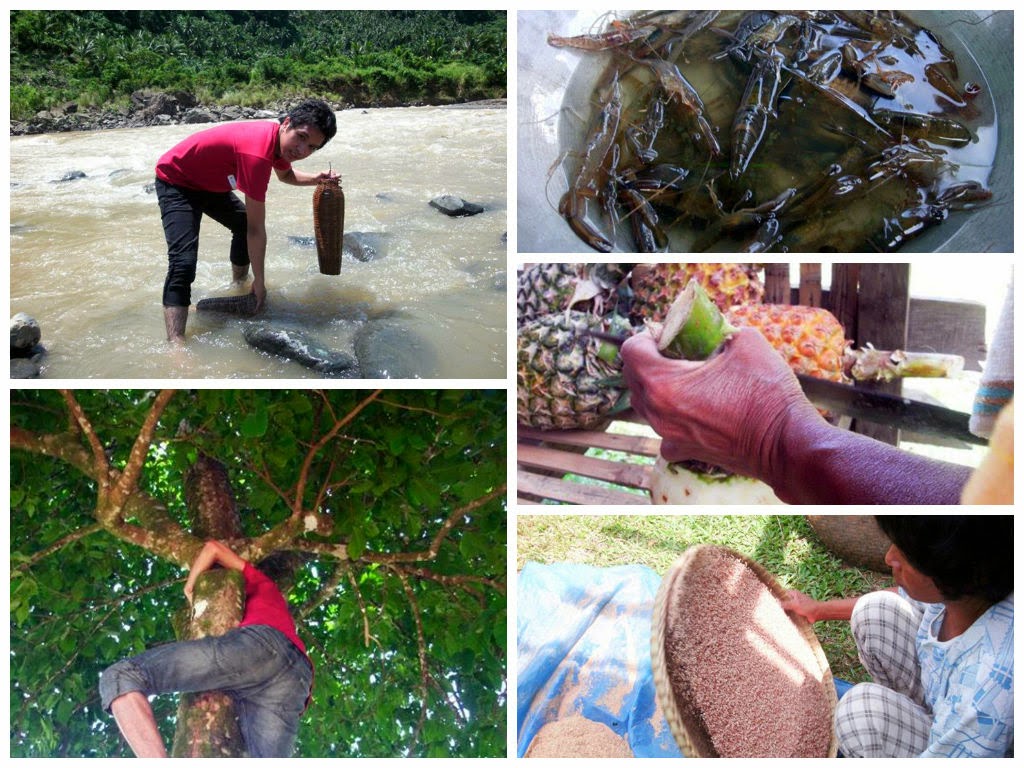 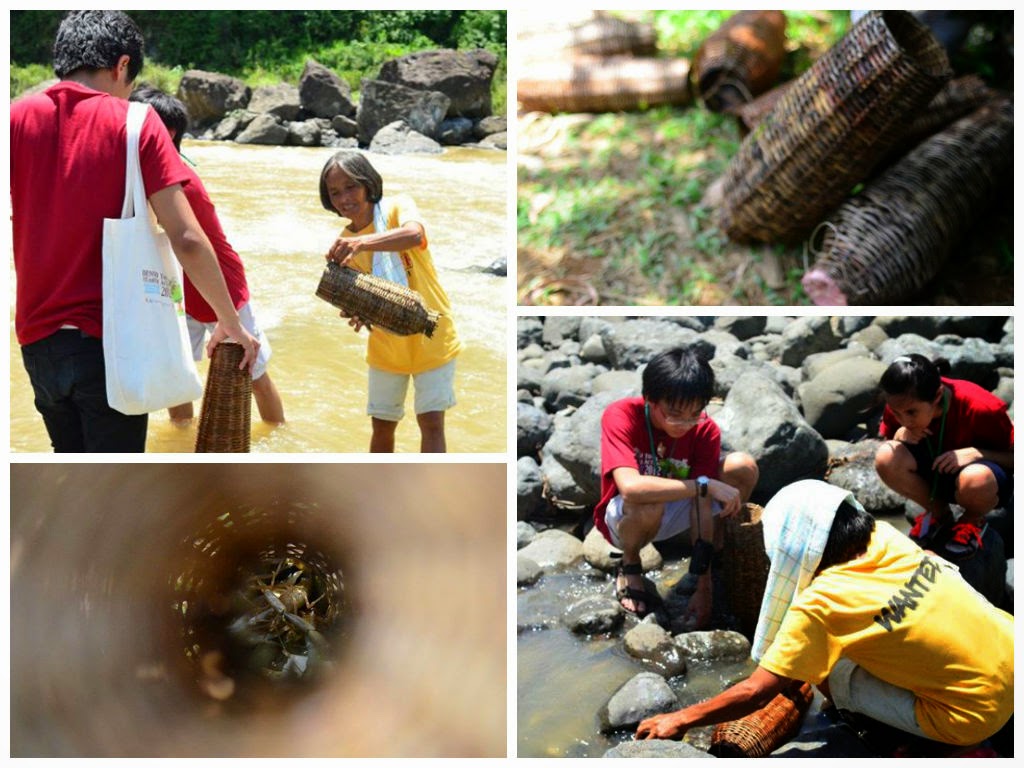 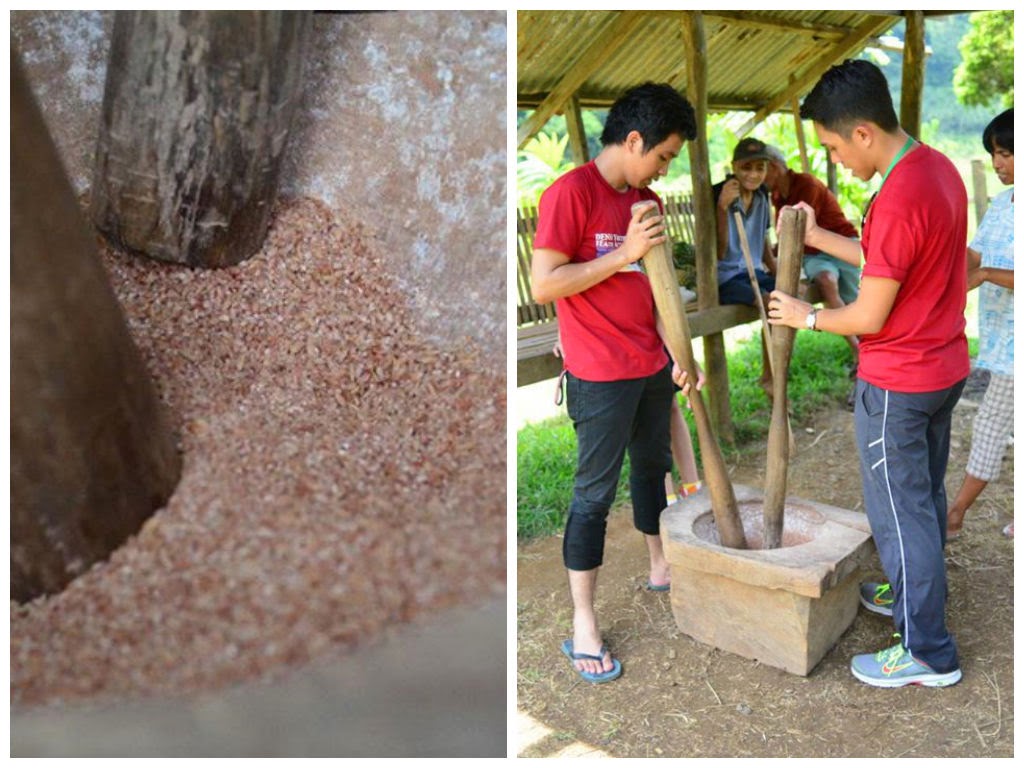 At the same time, my other friends were gathering coconut, picking vegetables from the garden and many other things. That was one of the best lunches I could ever remember. A talk with the locals and eating real food from the ‘bukid’ is just so heartwarming. 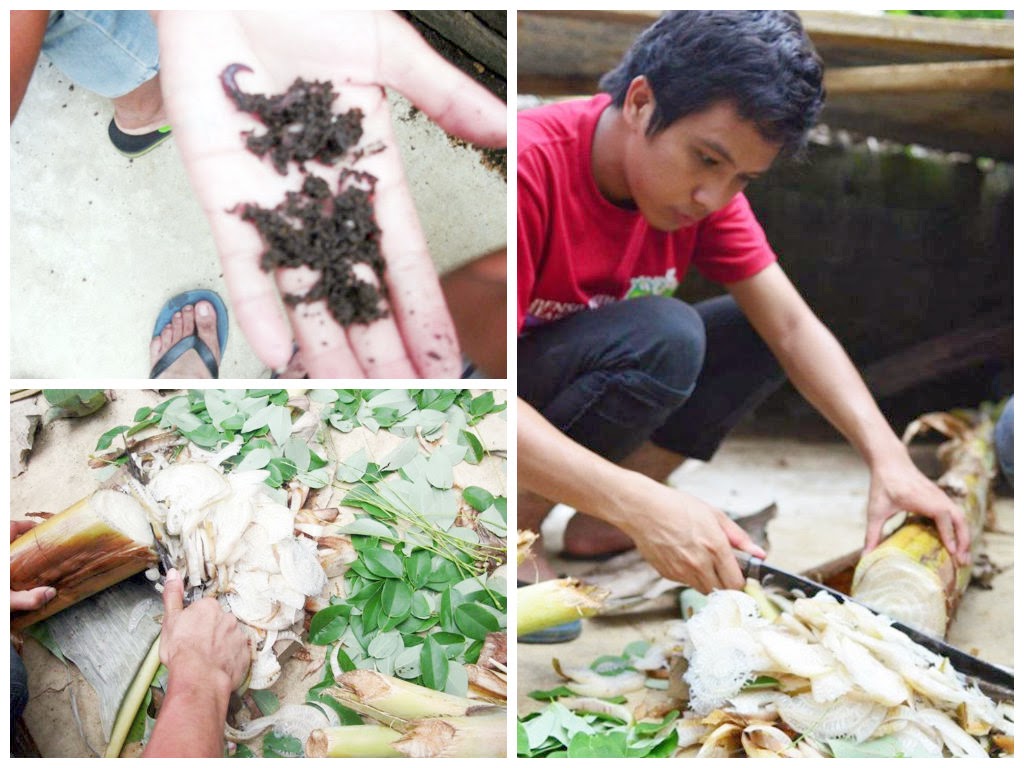 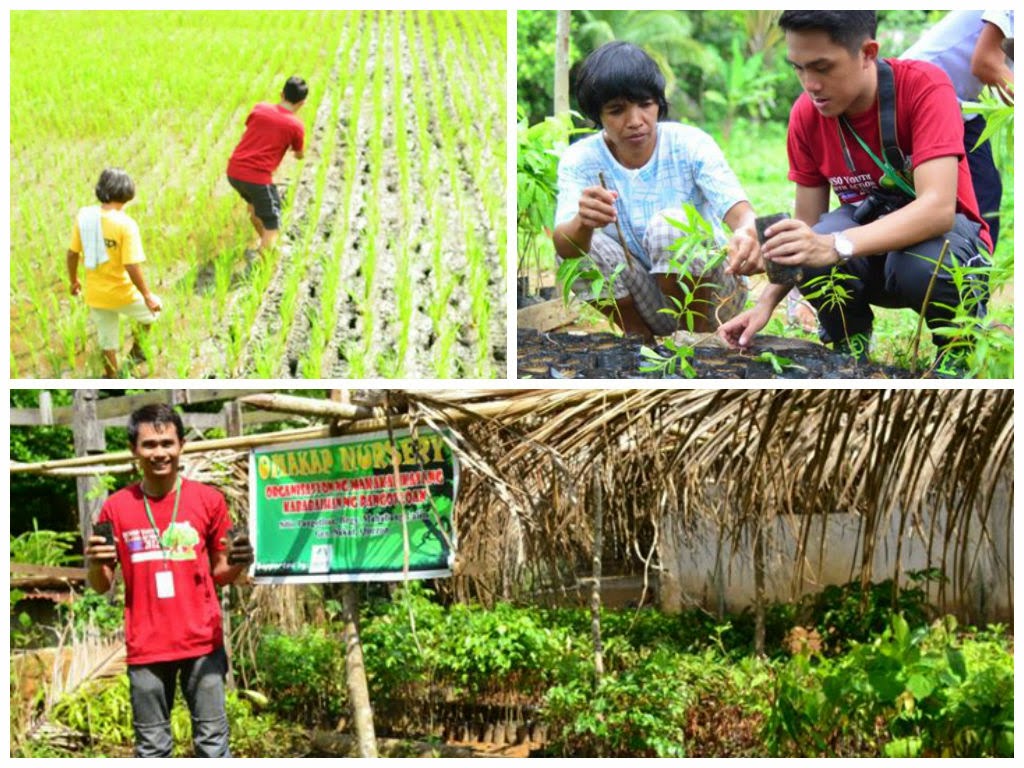 In the afternoon, we learned other activities that the community is doing. We plowed the rice field and we also learned about vermi-composing and bio-intensive gardening. They feed the produced vermi as a fertilizer in their bio-intensive garden. The organic garden serves as their source of food, as well as economic produce to the market. 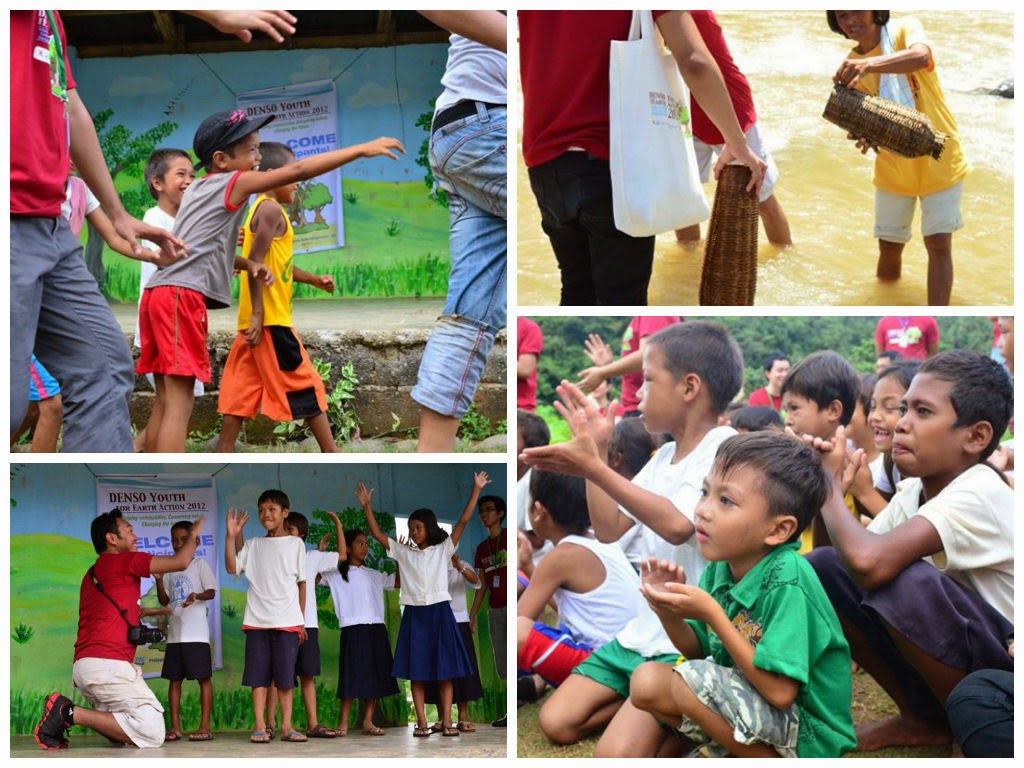 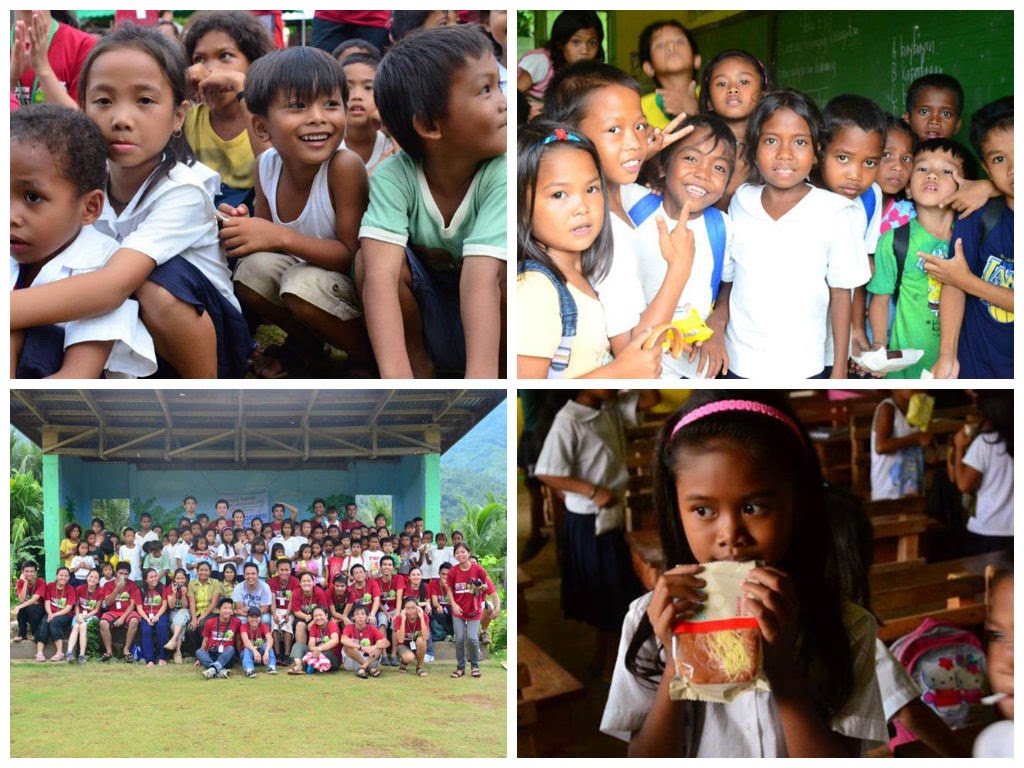 After doing these activities, we called out all the children and we played with them. We did a role-playing activity and it was just very amazing how the children were very warm and participative. We gave them snacks after that, which were just a piece of cake and a juice.  I can see the smiles in their faces and the sparks in their eyes. 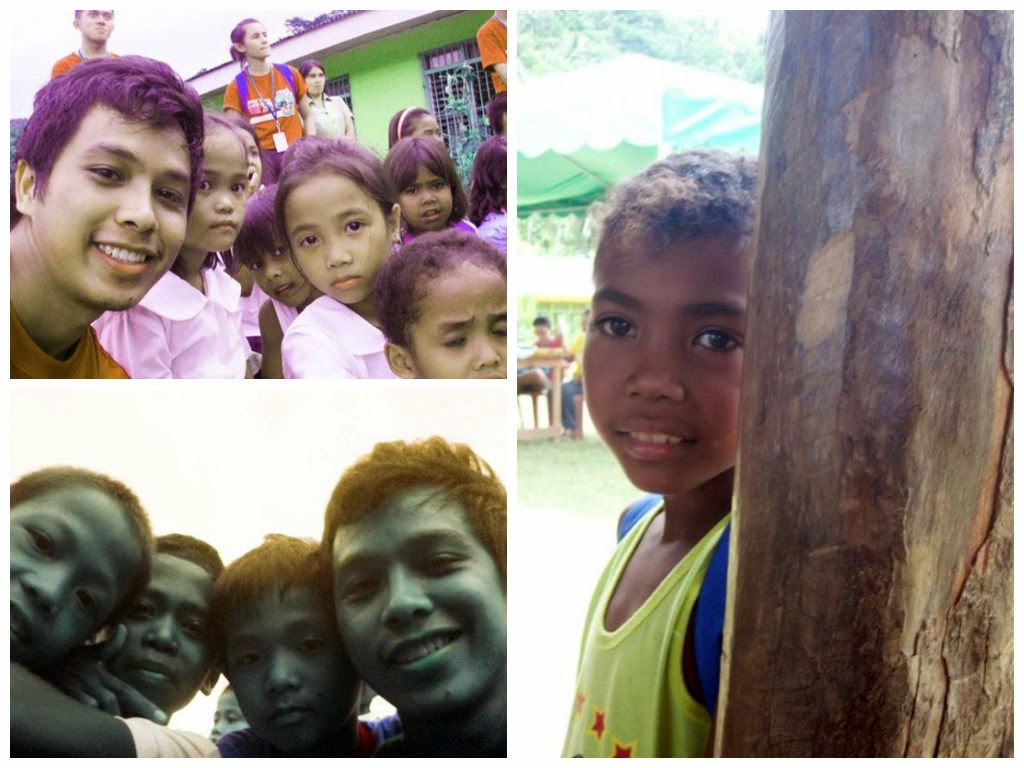 While some of them started trudging their paths from the school, two young boys, probably aged 10, approached me.  One of them was a bit shy, and the other boy broke the silence. “Salamat, kuya ha”, (“Thank you, big brother”) uttered the Young Boy with a barely innocent face. I asked him, “Sa’n ba ang bahay niyo?” (“Where is your house?”) And he told me, “Malayo pa, sa ikatatlong bundok galing dito” (“It’s far, about 3 mountains from here”). Then, I never answered back. It’s not because of the fact that I know how it feels to walk miles just to have access even to the bottom of the social development ladder. It’s because I realized how blessed I am when I kept on looking at what’s lacking. How can a young boy, pure at heart, be so grateful just for having a little bit of my time and a piece of cake?
Then they started leaving in the dusk until I could only see their smallest shadows. But they left me sobbing for realizing how grateful I should be. In that moment, right there, I promised to myself with certainty that I will go back to that place and help them in the future. At the same time, I promised that I would continue doing social-development work for as long as it could be. I know it’s a heartbreak conference. Some people might never even be able to understand. But at least there, even if it’s small and humble, I’m making a ‘difference’.


This post first appeared on The Traveler's Lifestyle, please read the originial post: here
People also like
Ks Lash Beauty
How to prepare mango leaves for diabetes
Gem Lake Trail: The Gem Lake Colorado Hike In Estes Park
ConstitutionDAO might be in the gutter, but its community is still shooting for…
What to wear: outfit ideas for Christmas & summer
Online Massage Therapy Courses, are you ready to start today?
Karen Wiesner: I Have Dreamed a Little Dream (Authors and Dream Inspiration), Part 2
Concurso de dibujo «Mi madre es Wonder Woman»

The Unheard Voices of Sierra Madre