Debbie the Dog-Lady has started yet another getting to know you questionaire.  Well, she didn't start it:  I think I am actually a fourth generation participant.  But it looked fun so I thought I would play along.  Plus it gets me out of really having to work on the blog tonight!

1.  Do you like blue cheese?  Good God, no!  As hard as it is for me to believe cheese can be disgusting, that stuff is disgusting. 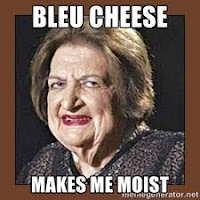 2.  Have you ever smoked cigarettes?  I have a friend who used to get me to smoke a half of one every now and again, but I never got much out of it and never picked it up on my own.

3.  Do you own a gun?  No, only because I know how useless it would be for someone who's just happy to hit most urinals to have one.  Of course, I don't quite live in the "Wild Wild West" of south Ft Wayne, and the need is not near so great.  Yet.


4.  What flavour Kool-Aid?  Well, since being diagnosed with too high of an A1C for my own good, I have tended to cut back on things which you have to mix 50/50 with sugar to make it worthwhile, so Kool-Aid is "Oh NOOooooooo..."

5.  Do you get nervous before a Dr.’s appointment?  Nah.  The worst than can happen is that "bend over and drop 'em" exam, and that's been done enough by now.


6.  What do you think of hot dogs?  I think most brands were getting to a point that they tasted more like compacted bologna.  With the other health stuff, I've been buying uncured to cut the sodium, and they are better than regular.  But you can't top Tony Packos! 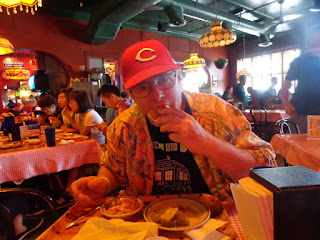 7.  What is your favourite movie?  For my entertainment "dollar," I'll take John Wayne any day- dibs on Rio Bravo or The Sons Of Katie Elder!

8.  What do you prefer to drink in the morning?  Right now my go-to is MIO Energy Blueberry.  Affectionately known as "the blue stuff".

10. What’s your favourite piece of jewellery?  Depending on whether you have an extreme definition of jewelry, I'd say I'm "n/a" on this one.

11.  Do you have a favourite hobby?  Again, you'd have to stretch the definition a bit, but I'd say right now blogging is about the length and breadth of it.

13. Do you wear glasses?  Yes, and they lend me a distinguished-ness my personality sorely lacks.

14. Who was your childhood idol?  Daniel Boone, played by Fess Parker. 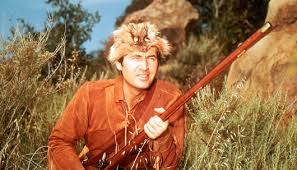 15. Name three thoughts you have right now.  Getting into arguments with people blinded by hate was always a waste of my time;  will I get to the end of this before I starve; and will I ever take my other shoe off?

18. Current hates?  I am trying these days to turn hates in to "Into God's hands you go."

20. How did you bring in the New Year?  At home, wishing Dick Clark was still around.

21. Where would you like to go?  Pretty much anyplace Debbie's been!

22. Name three people who will do this.  I don't tend to get a huge response on these things, so I'll have to take an "n/a" on that one as well.

23. Do you own slippers?  Damn straight.

24. What colour is your shirt? Currently black with "Grumpy Old Man:  My level of sarcasm depends on your level of stupidity" emblazoned on it. 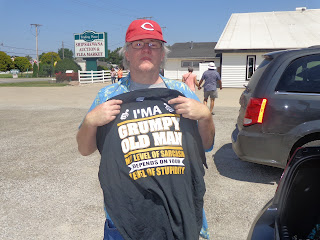 25. Do you like sleeping in satin sheets?  Ha!  You mistake me for Yul Brynner. 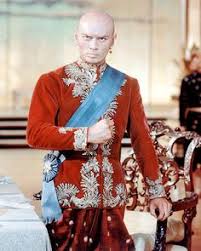 27. Where are you now? Command Central, Martin Estate, FT Wayne IN.

30, Least favourite chore?  Dusting.  I think dust should be outlawed.

31. Favourite food?  On a go-to basis, burgers.  On a treat basis, Mignon or crab legs.

32. What’s in your pocket?  My hand, why?  JK.  Handkerchief, fidget spinner, change for vending machine.

33. Last thing that made you laugh?  Watching a co-worker knock over two small bins of little bitty screws today. 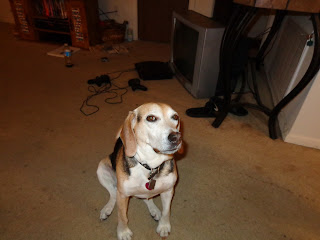 35. What’s your worst injury?  Just prior to starting this blog, my right calf tried to turn itself into a blood-balloon for about three months.

37. Worst pain?  Well, it WAS kidney stones, until I had a tooth that suddenly demanded it had to be pulled NOW.  That was pushing my BP over 200 for short periods.

38. Do you like to dance?  I wouldn't mind it, but my chosen partner is insanely self-conscious, so this is pretty much another "n/a".

40. Do you enjoy camping?  I'm guessing no- unless we're talking RV.

And that's your TMI for today...


This post first appeared on Tilting At Windmills, please read the originial post: here
People also like
Break Da Bank Again Megaways Slot Review (Microgaming)
35 Sanity-Saving Moving Hacks For Families
Trivial Proof of the Collatz Conjecture
10 of the best places to visit in Portugal
Escape the crowds: quiet corners in six of Britain’s national parks
The Hoxton, Rome
What Is the Worst Credit Score?
iPhones & iPads Will Finally Be Able to Play Xbox Games
How to Get Rid of Mice – 5 Methods
Short Happiness Quotes From Famous and Unknown People