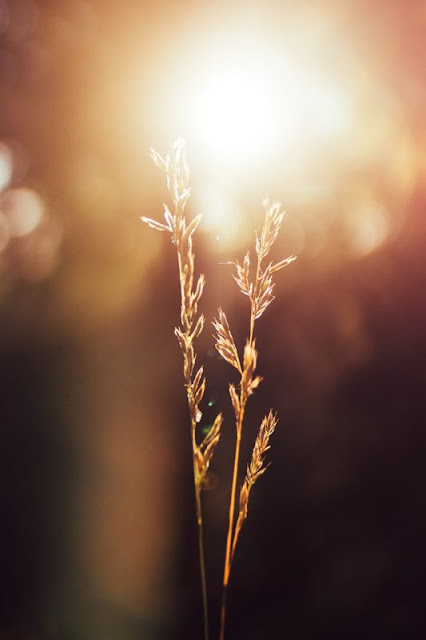 And some of the Pharisees which were with him heard these words, and said unto him, Are we Blind also? Jesus said unto them, If ye were blind, ye should have no sin: but now ye say, We see; therefore your sin remaineth." John 9:39-41

"The Lord thereon shows how His coming acted, and was meant to act, on souls. It had a higher purpose and more permanent result than any energy, however mighty and benign, that dealt with the body. He was the life to those, however dark, who received Him: those who rejected Him sealed their own ruin everlastingly, whatever their estimate of themselves or in the mind of others. The Jew, especially the Pharisee, might be ever so confident that he himself was a guide of the blind, a light of those in darkness; but the coming of the only True Light brought to evident nothingness all such haughty pretensions as surely as it gave eyes to such as owned their blindness. No flesh therefore shall glory: he that glorieth, let him glory in the Lord who was come a man, but God on earth, for this reversal of fallen man’s thoughts, and display of His own grace. Pharisaic pride refuses to bow to Jesus imputing blindness, as they thought; but if it speaks, it is obliged to hear its most withering sentence from the Judge of all mankind. For blindness there is all grace and power in Christ; but what can be the portion of those who, stone-blind, say they see? Their sin remains, as well as blindness, which of itself is not sin, though its consequence."
William Kelly
Excerpt from John 9
From: Exposition of the Gospel of John

"Jesus heard that they had cast him out; and when he had found him, he said unto him, Dost thou believe on the Son of God? He answered and said, Who is he, Lord, that I might believe on him? And Jesus said unto him, Thou hast both seen him, and it is he that talketh with thee. And he said, Lord, I believe. And he worshipped him." John 9:35-38

"May this be your portion, dear reader. Jesus is the Way, the Truth, and the Life; and the one means of receiving Him is faith. Believe God's testimony to Him; and He is yours. This will enable you to judge yourself truly and confess your sins honestly; without it, you will only render a fair show in flesh. All other things, important as they may be, are subordinate to receiving Jesus. But He once received makes all else an easy yoke and a light burden."

Excerpt from Gospel Words: the Blind at Siloam

Photo by Anton Darius on Unsplash