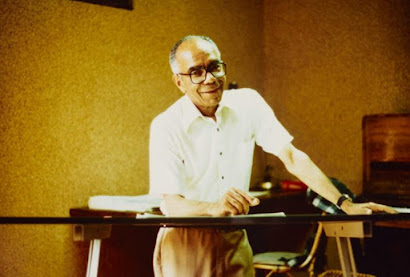 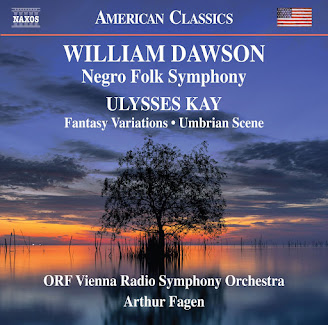 William Levi Dawson’s Negro Folk Symphony was, briefly, a roaring success after Leopold Stokowski gave the first performances with the Philadelphia Orchestra in 1934, and it should have made Dawson a household name. Instead, he returned to his teaching post at Alabama’s Tuskegee Institute, heading its School of Music until retiring in 1955. Dawson continued to compose and arrange spirituals and achieving recognition as a choral conductor, and that he didn’t write more orchestral music is a huge shame, as this symphony is an impressive work. Its three movements share a recurring theme which Dawson described as representing “the link that was taken out of a human chain when the first African was taken from the shores of his native land and sent to slavery.” It’s heard at the outset, a brooding horn solo which sets the tone for much of the work. Dawson does use traditional melodies but they’re used as source material instead of being quoted directly. The music’s extroversion and rhythmic snap is tempered with a sense of continual unease: sample the slow movement’s brooding coda.

Ulysses Kay was a pupil of Hindemith who became another prominent teacher, combining composing with a professorship in New York. His Fantasy Variations and Umbrian Scene are fascinating. Kay’s dissonant but lyrical idiom is compelling, and, as with Hindemith, the dense thickets of notes can unexpectedly rearrange themselves into juicy major chords. The Fantasy Variations’ theme only appears at the work’s close, the variations merely hinting at it. Kay spent several years studying in Rome, composing his Umbrian Scene in 1963 after a commission from industrialist and philanthropist Edward Benjamin, whose “Edward R. Benjamin Award for Restful Music” encouraged budding composers to write music which appealed to his perception of musical beauty.