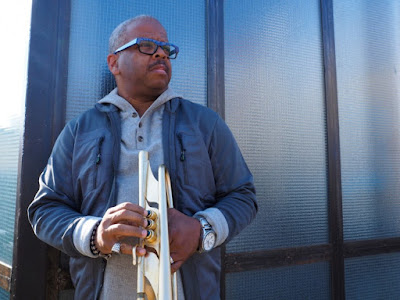 How To Find Your Purpose And Passion …
Wanted man discovered living in Pilla…
Why Friday The 13th Will Be Your Luck…
BuzzFeed Editor, Lara Parker, Uses Ca…
Vechain Blockchain Technology Powers …
BMI
April 11, 2019
BMI is proud to announce that film composer and celebrated jazz musicianTerence Blanchard will be named a BMI Icon at the 35th annual BMI Film, TV & Visual Media Awards in recognition of his significant contributions to the cinematic community.  The ceremony will also honor award-winning composer, arranger, orchestrator and conductor William Ross with the BMI Classic Contribution Award, while also saluting the top performing composers in film, TV and visual media of the past year. Hosted by BMI President and CEO Mike O’Neilland BMI Vice President Creative - Film, TV & Visual Media Doreen Ringer-Ross,the private event will be held on Wednesday, May 15, at the Beverly Wilshire Hotel in Beverly Hills, CA.

“As a composer, Terence Blanchard’s music is steeped in jazz, but he’s also an incredibly versatile artist whose works range from film to Broadway to opera and back again,” said Ringer-Ross. ”His emotionally compelling scores make sociological statements about sensitive cultural issues faced by many, both past and present. We’re thrilled to name Terence a BMI Icon and celebrate the best in music for film, television and visual media.”

Blanchard joins an elite group of previous BMI Icon recipients who have received this honor for their ”unique and indelible influence on generations of music makers.”  Past honorees include Alan Silvestri, James Newton Howard, Alexandre Desplat, Rachel Portman, David Newman, Thomas Newman, Danny Elfman, Harry Gregson-Williams and John Williams, among many others.