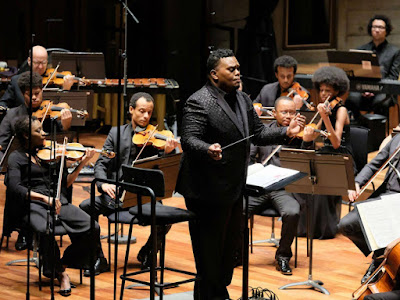 Michael Church
Tuesday 10 April 2018
The final concert before the hall’s closure had been given by a Black and Minority Ethnic (BME) Orchestra named Chineke!, giving its first-ever public performance. Who better, therefore, to reopen the hall than that same orchestra three years on, with its doughty founder Chi-Chi Nwanoku still leading the double basses? Under the direction of Anthony Parnther, they too have subjected themselves to refurbishment: technically they have come on by leaps and bounds.

‘A Pound for a Poo’ in Stratford upon…
Content is King and a Multilingual Bl…
Best Story-Rich Games on PC: November…
Royal Palace Rugs
5 Reasons To Treat Honeybees Differen…
First they played a youthful work by Samuel Coleridge-Taylor – England’s first BME composer –entitled Ballade in A minor for Orchestra, whose debts to Dvorak and Elgar didn’t obscure its freshness; then came Dream Song, a new work by Daniel Kidane with a setting of Martin Luther King’s ‘I have a dream’ speech.